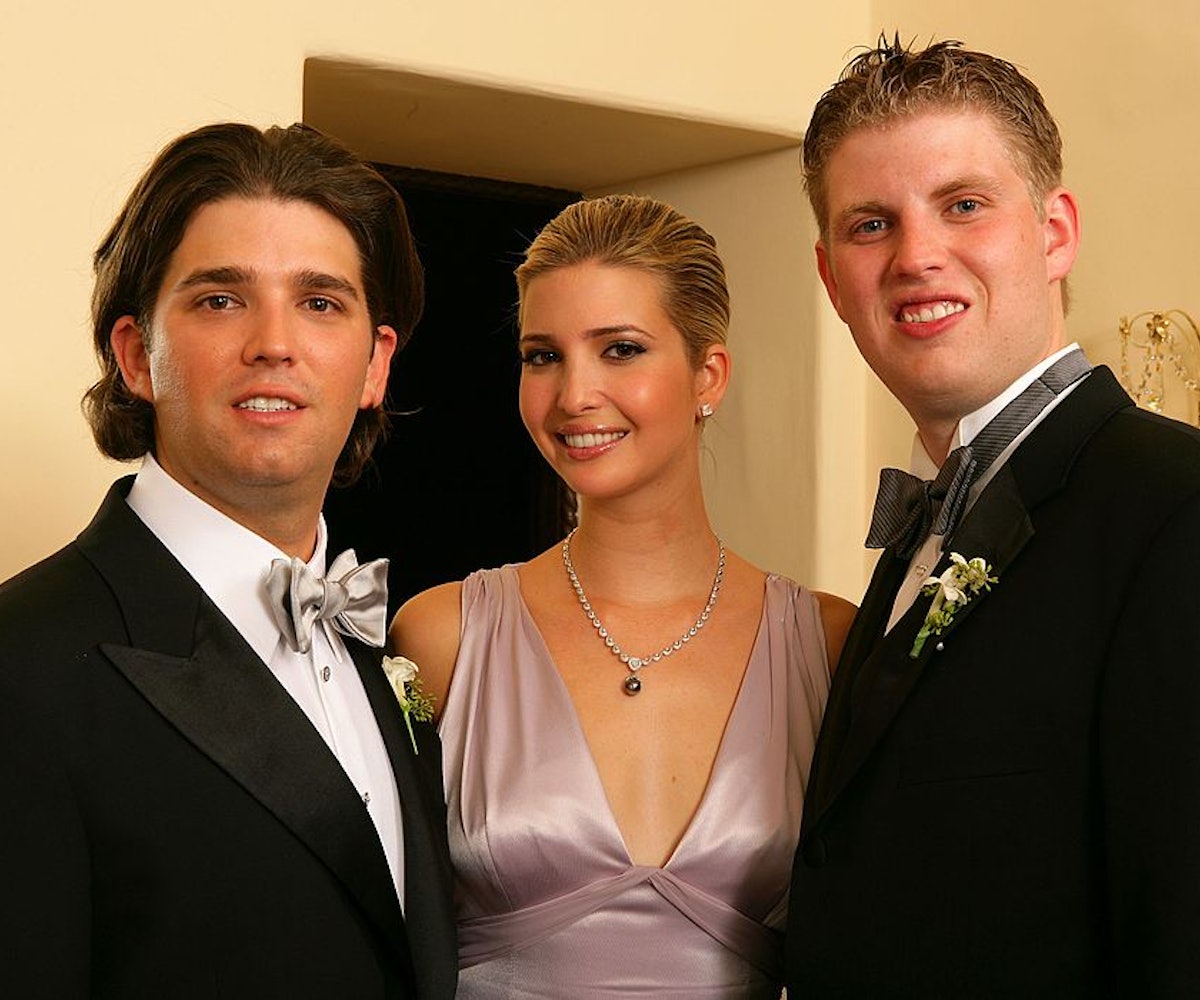 In the same way that everyone knows the "failing" New York Times is Donald Trump's least favorite print media source, and "fake news" outlet CNN is his most hated cable network, it's pretty obvious what television show the president despises more than anything else: Saturday Night Live. Despite having hosted the show only a year ago (a move which many think helped normalize the then-candidate, so, you know, thanks and screw you, SNL), Trump has grown to hate the late night program with a venom he usually reserves for immigrant children and pregnant women.

And really, this makes a certain kind of sense. Who likes being made fun of, after all? And SNL relentlessly makes fun of not only the president but also literally all of his staff and even family. Case in point? A recent Weekend Update segment mocking Trump's eldest two sons, Don Jr. and Eric. The brief clip makes Eric out to be of an intellectual status not dissimilar to Ruprecht in Dirty Rotten Scoundrels, which may or may not happen to be a generous portrayal of Eric IRL. Who's to say really?

But while it's hard to imagine Eric now hating SNL  as much as his father does, it turns out that brother Don really loved it. How much did he love it? Enough to reference it in a staged photo on his Instagram with a thirsty P.S., in which he stressed his availability to be a "Don Jr fill in" any time.

Wow. Did you hear that SNL? Trump's son, the one who proudly tweets white supremacist memes and is an enthusiastic hunter of cheetahs and elephants, wants to appear on your show in an effort to demonstrate that he can take a good joke! Your move, SNL. And we really hope you do the right thing, i.e. not what you did with his father, and give this man's monstrous politics yet another public platform.

NEXT UP
The Art Issue 2022
True Life: My Partner Is Obsessed With NFTs
Culture
Simona Tabasco Is the Lifeblood of The White Lotus
NYLON Nineteen
Kosar Ali Is A Met Gala Aficionado
Culture
Jenna Ortega’s Childhood Hobbies Included Animal Autopsies