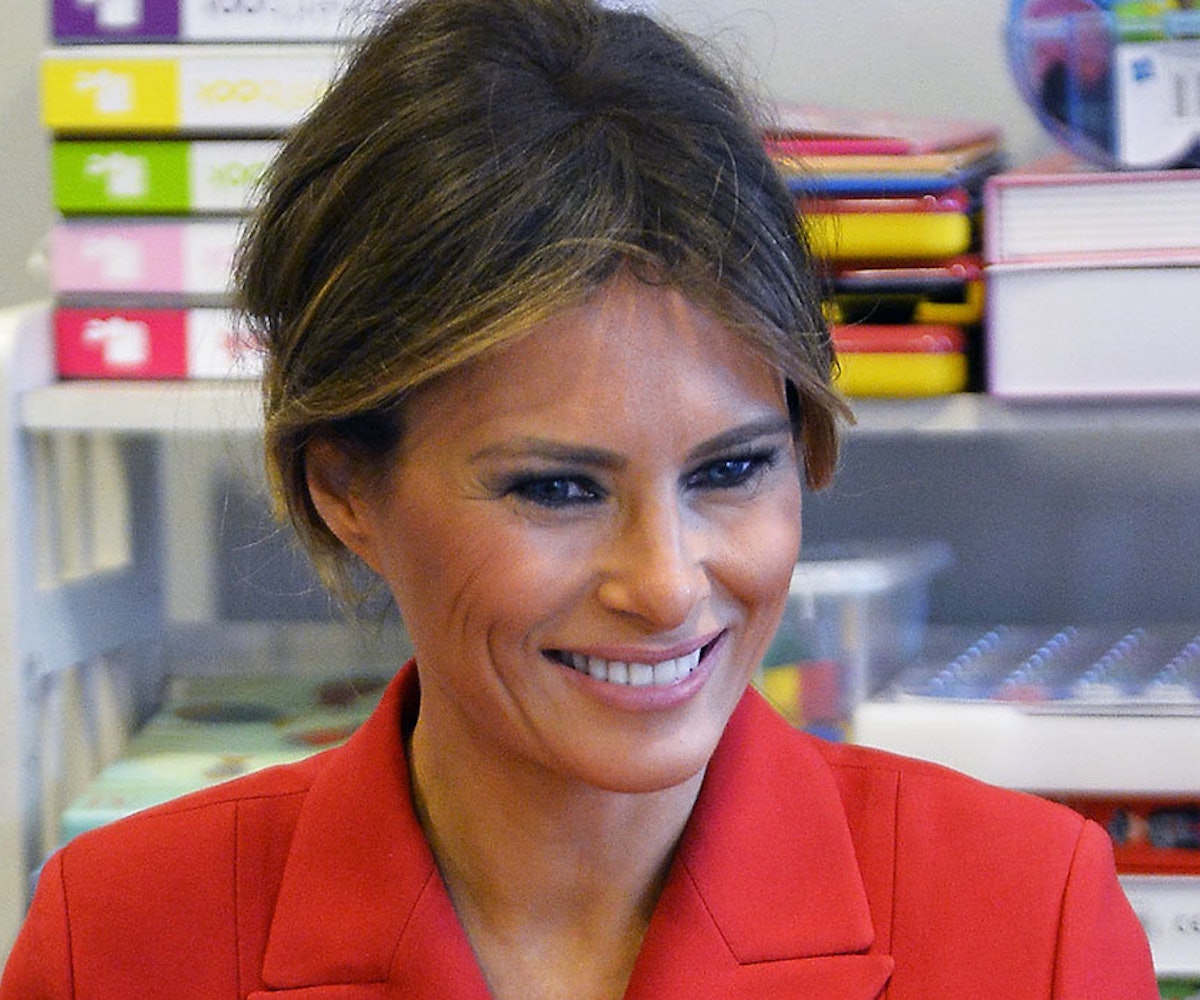 As First Lady of the United States, Melania Trump has to sign things. Many things, even! And because she's married to Donald Trump, her signature gets scrutinized because everything Donald Trump does, including the actions of his extended family, gets scrutinized. It's part of the reason the crooked media logs on to the internet each and every day! Schadenfreude is very real and very contagious, friends.

Anyway, I try to steer clear of these daily distractions because there are real issues at hand and bigger fish to fry in the White House than someone's signature. That is until someone shared the below tweet.

It shook me—not because her signature looks like her husband's, which is a conspiracy theory I have no time nor interest in exploring, but because of how panicked it appears. Where have I seen this? I wondered to myself, trying to think of something witty to say in the chat. What does this elaborate display of linework look like? An EKG monitor reading of a panicked heart. That's it! It's as though both Melania and Donald are trying to tell us something via signature: hers, a silent shout for help, and his, a megalomaniac roar of power, excess, and violent pride.