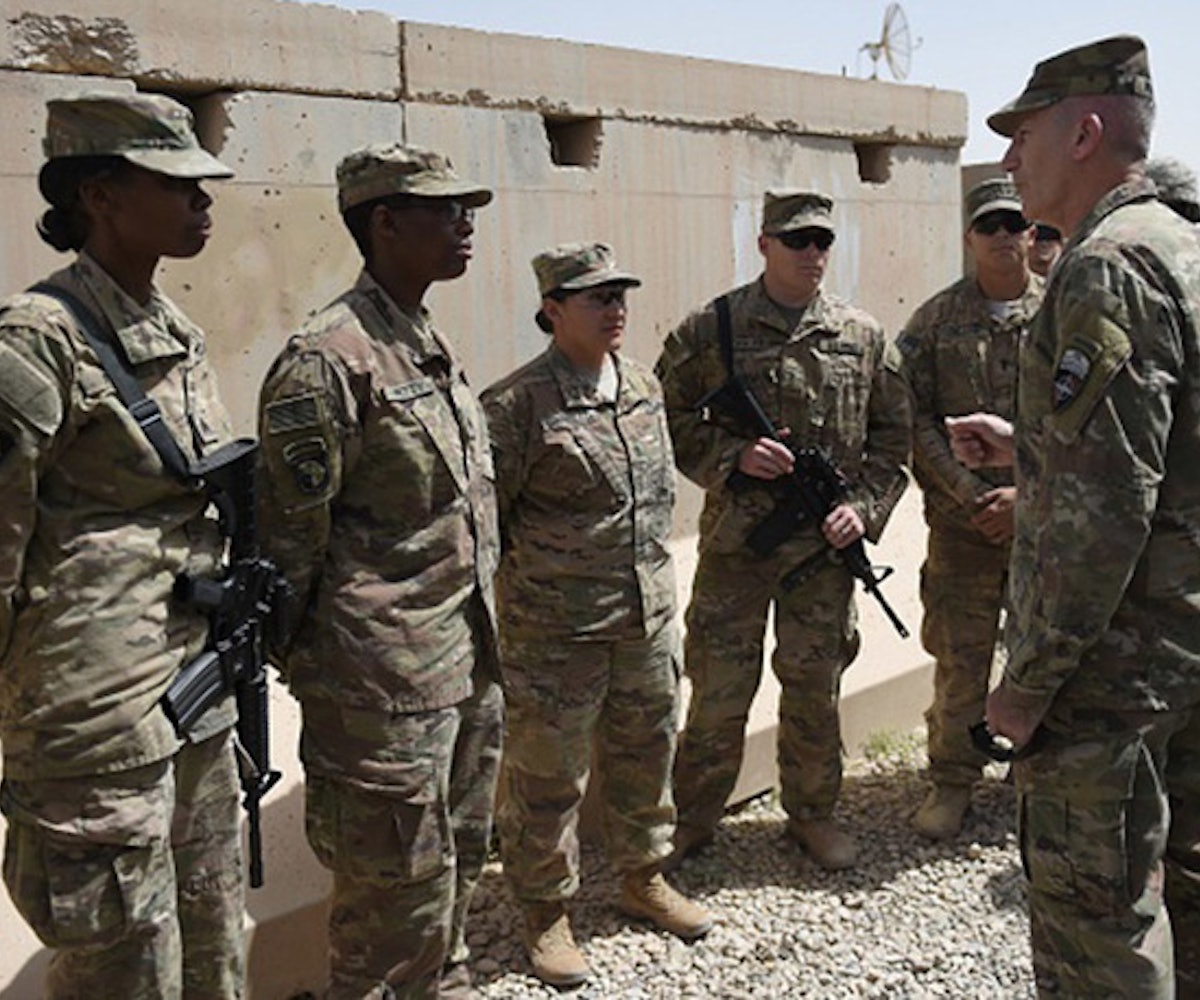 Last night, Donald Trump announced his strategy to resolve the nearly 16-year-old war in Afghanistan, The New York Times reports. While he said he plans to deepen American involvement, he didn't specify just how many more troops (though, according to The Washington Post, congressional officials said the administration has told them it will be about 4,000) would be committed or how their mission will be successful.

“My original instinct was to pull out, and historically I like following my instincts,” Trump said. “But all my life, I’ve heard that decisions are much different when you sit behind the desk in the Oval Office.”

Despite previously describing this tactic as futile, Trump said that after meetings with his war cabinet at Camp David, he was convinced that “a hasty withdrawal would create a vacuum for terrorists, including ISIS and Al Qaeda.” He declared, “In the end, we will win.”

We still don't know just what that victory will look like or how Trump's strategy differs from presidents before him, whom he's frequently criticized. Still, he claimed his plans are vastly different from Obama's, and that he's putting together a "comprehensive, conditions-based regional approach," according to NYT.

A big part of Trump's strategy is to deploy more American troops in Afghanistan so they can continue to train Afghan forces. There are currently an estimated 8,400 troops in the country.

Trump also plans to put new pressure on Pakistan to crack down on terrorist sanctuaries that line its border. This is a goal Republican and Democrat administrations have pursued before with little success.

“We are not nation-building again,” Trump said. “We are killing terrorists.” He said he would loosen restrictions on American soldiers so they could better hunt down terrorists, which he referred to as “thugs and criminals and predators, and—that’s right—losers.”

“The killers need to know they have nowhere to hide, that no place is beyond the reach of American might and American arms,” Trump said. “Retribution will be fast and powerful.”

What Trump's suggesting in his new strategy has been proposed and attempted before. This past February, the commander of the American-led international force in Afghanistan, General John W. Nicholson, told Congress that the United States and its NATO allies were facing a “stalemate.”

Before launching into his military plan in Afghanistan, Trump opened his speech with a quick comment addressing unity in the U.S., after his truly shocking comments about neo-Nazis being "fine people."

“We cannot remain a force for peace in the world if we are not at peace with each other,” Trump read off the teleprompter.

We also can't be at peace with each other with a White House full of white supremacists.