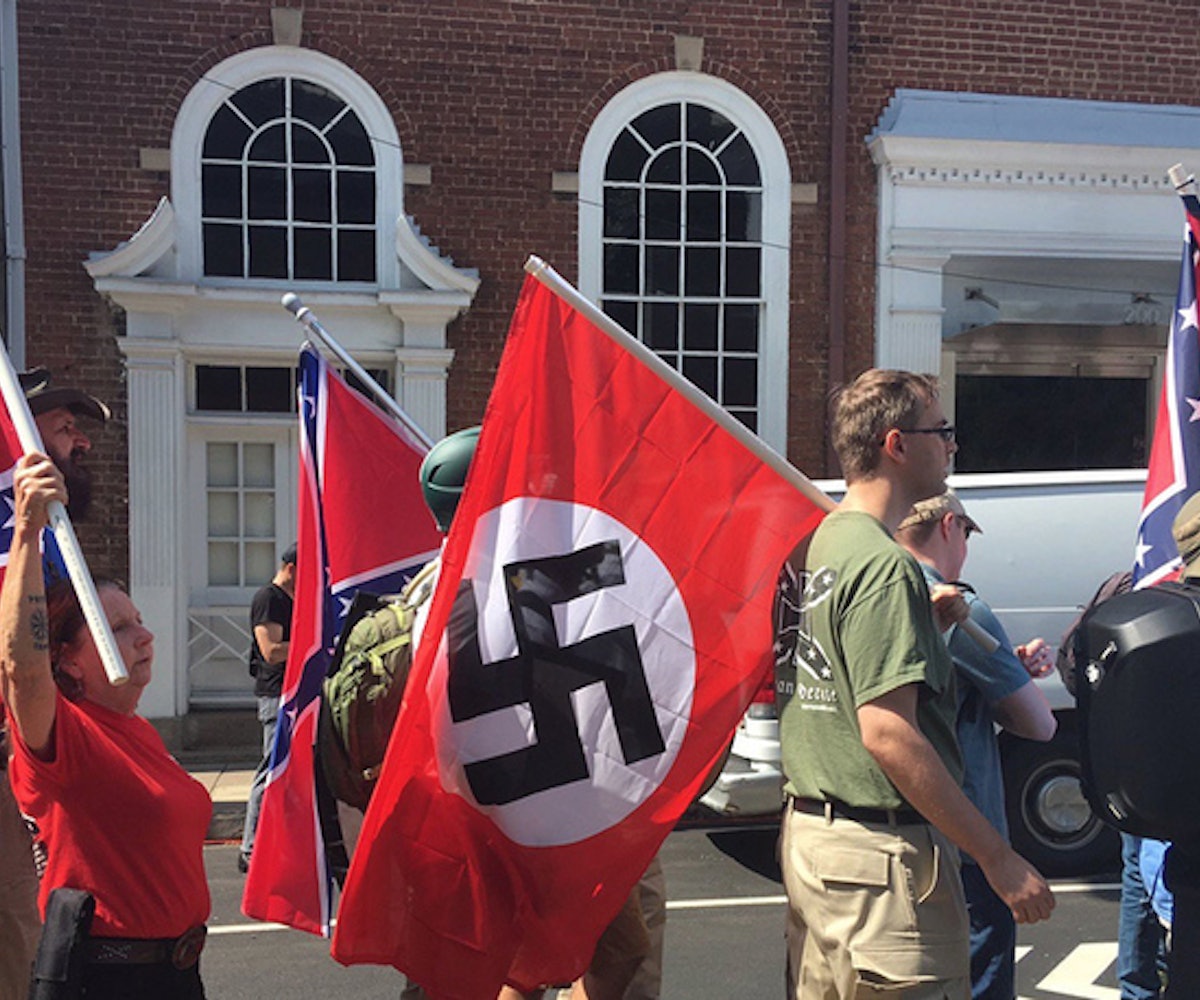 After more than 48 hours of Donald Trump's supporters saying he didn't really mean "both sides" were bigoted and violent at the white supremacist rally in Charlottesville, Virginia, Trump confirmed at a press conference today that he really did mean "both sides" are responsible. "There's blame on both sides. And I have no doubt about it," he said.

At one point, Trump referred to the neo-Nazis as "fine people" and claimed they were there to protect history. “Many of those people were there to protest the taking down of the statue of Robert E. Lee,” Trump said. “This week, it is Robert E. Lee and this week, Stonewall Jackson. Is it George Washington next? You have to ask yourself, where does it stop?”

Don Lemon aptly pointed out on CNN that a black person visiting a park named after a leader of the Confederate Army was akin to a Jewish person in Germany attending Hitler High School. "It is insulting," he said. "The president is ignorant of history. He does not know context. He should be ashamed of himself. He should go back to school and get an elementary education on how this country started, and about protest groups and how this country works, and who he represents and who he should represent."

Trump went on to blame the counter protesters, accusing the "alt-left" of "charging" at the alt-right while "swinging clubs." "Do they have any semblance of guilt?" he asked. Again, to be clear, our president was criticizing people protesting a gathering of white supremacists. According to Trump, "not all of those people were neo-Nazis, believe me. Not all of those people were white supremacists by any stretch.”

You can watch his full statement below.