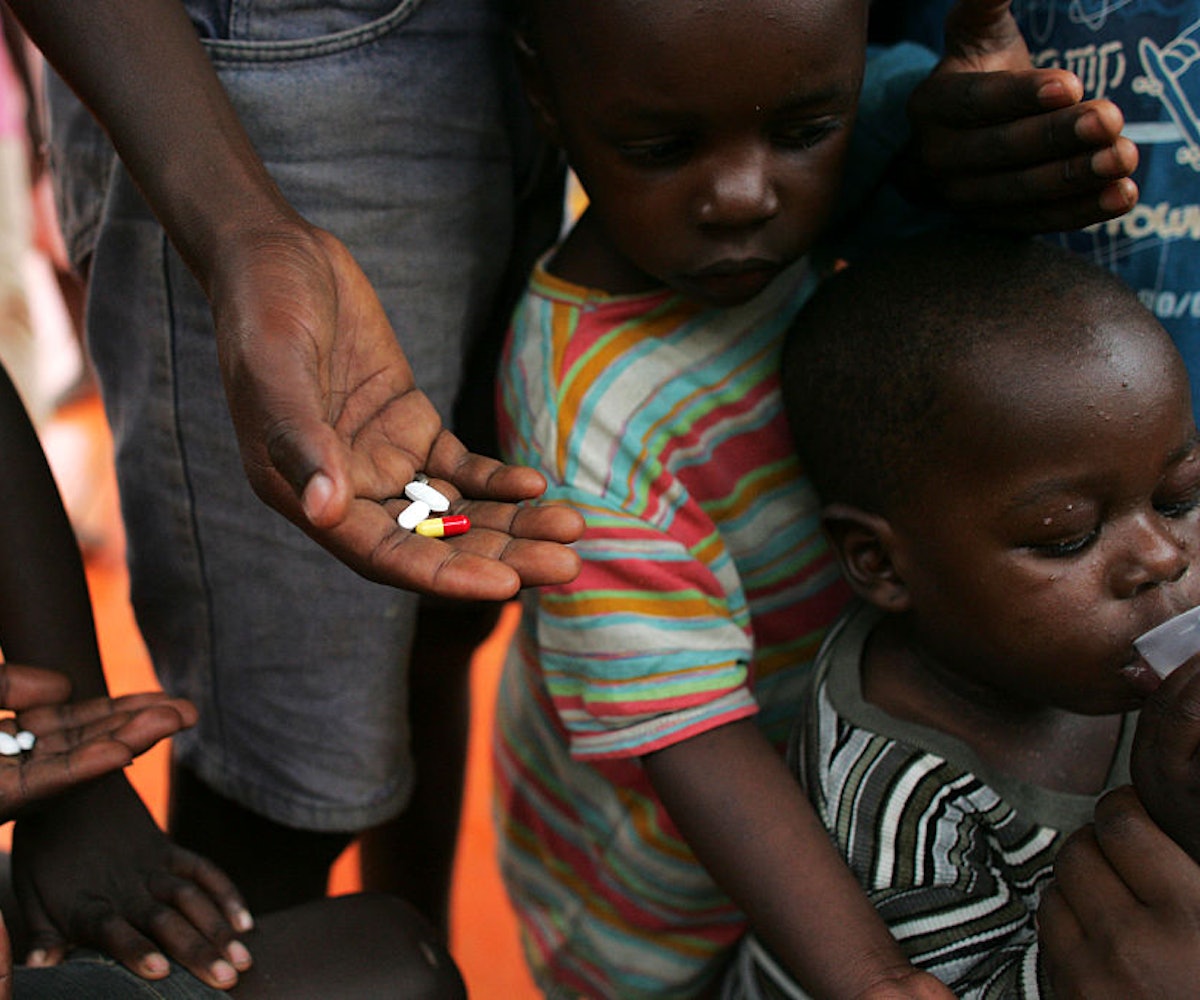 Since Donald Trump first started talking about the massive budget cuts he had in store for America, many people have been wringing their hands over all the programs which would have to deal with reduced or even no federal funding. Groups like the National Endowments for the Arts and Humanities are preparing to be completely eliminated; it also appears that the Corporation for Public Broadcasting, which is responsible for National Public Radio and PBS, is set for the chopping block. But while it's undeniably true that a society which doesn't support its arts and cultural programming is not much of a place to live, it turns out that other budget cuts of Trump's will make it impossible for more than a million people to even live at all.

The New York Times reports that "at least one million people will die in sub-Saharan Africa and elsewhere... if funding cuts proposed by the Trump administration to global public health programs are enacted." As the Times notes, America "currently spends more than $6 billion annually on programs that buy antiretroviral drugs for about 11.5 million people worldwide who are infected with H.I.V., the virus that causes AIDS." But if Trump's budget passes, that funding will be slashed by 20 percent—more than a billion dollars—which will drastically affect our ability to fight this devastating disease, and which could result in the unnecessary deaths of a million people.

Perhaps you're thinking, Oh, but this will never happen. This is just another example of Trump being a cretinous ogre, but there are things in place that will stop him from personally causing the death of a million people.

And, well, you're right, and you're wrong. Because while there are political stopgaps in place to prevent Trump from simply preventing AIDS patients from getting money to save their lives, it is still revealing of Trump's horrific lack of empathy that this is something he would even consider doing. After all, America's financial contributions to stopping the global spread of AIDS is a very popular bipartisan political effort, one that was notably advanced by both George W. Bush, who founded President’s Emergency Plan for AIDS Relief (Pepfar) in 2004, which, the Times reports, was done by Bush in "an effort to save Africa from an epidemic that threatened to kill much of the population of entire countries, like Botswana and Namibia." Pepfar was expanded under President Obama and is widely known to be supported across the political spectrum.

So why is this an issue which Trump is even bothering with? Why not look to cut money from other programs? (Say, any having to do with building a wall?) On the one hand, it's easy to say, "Who knows? Trump is an irrational actor, so there's little use in trying to make sense of his actions." But on the other hand, it's important to note the ease with which Trump has no problem threatening the fabric of our society with his grotesque cuts to arts and media programs, as well as the way in which he is willing to risk a renewed global health crisis, which would surely be destabilizing for the entire world. We should not ever forget, not for one moment, that this is a man who is fine with the potential deaths of hundreds of thousands of people, so long as he gets to enjoy his two scoops of ice cream after dinner every night.