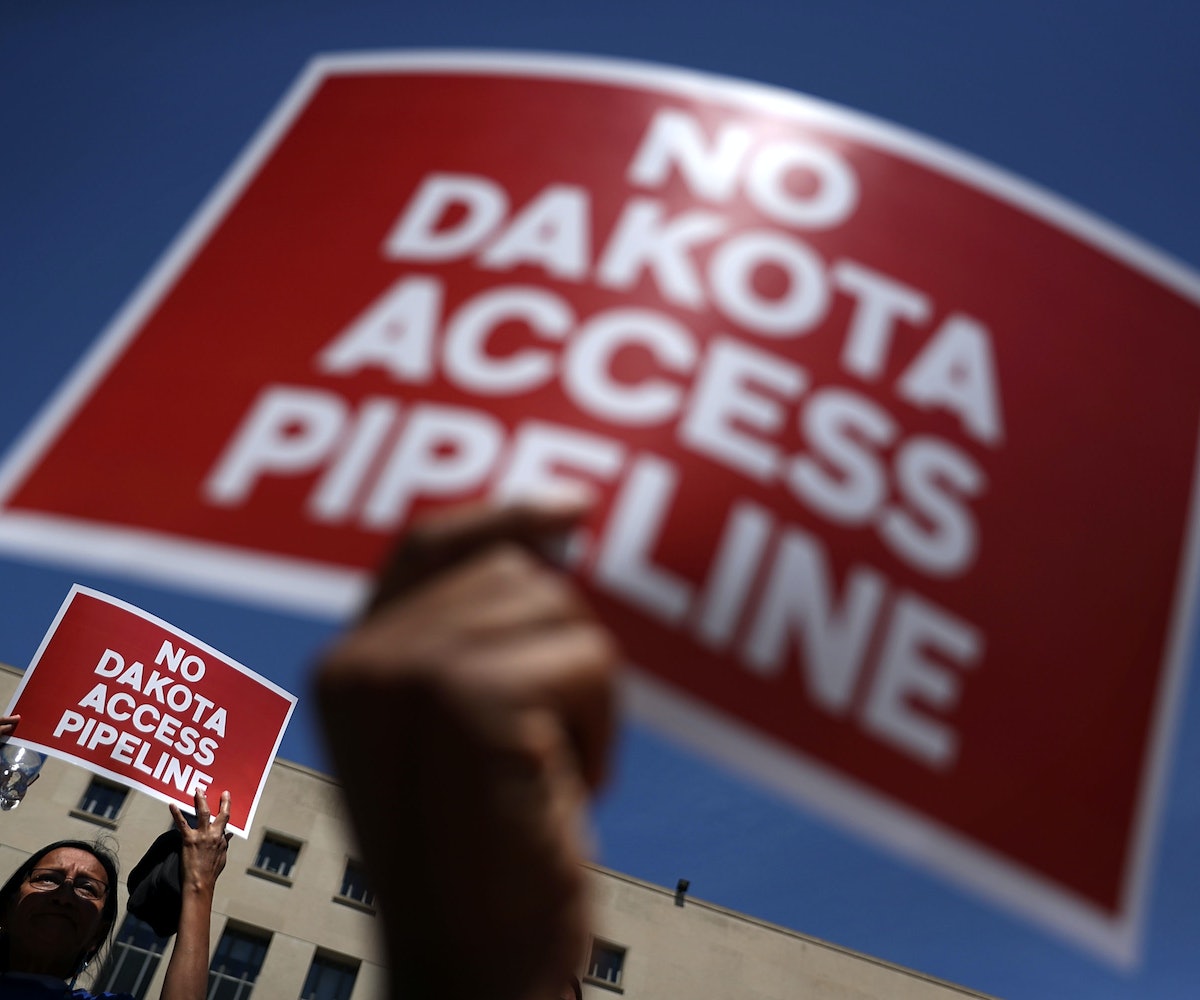 In the four days since taking office, President Donald Trump is proving to be the menace we all predicted he would be. He’s already nixed the Trans-Pacific Partnership and reinstated the Global Gag Rule, an anti-abortion policy that Barack Obama reversed eight years ago. Now, he’s moving to revive the Keystone XL and Dakota Access pipeline, which Obama previously rejected.

Yes, that Dakota Access pipeline. The one Native Americans and non-Native Americans alike have been fervently protesting in Standing Rock, North Dakota, for the past couple of months. The route of the pipeline would run from the Missouri River and through the Cheyenne River Reservation, which is also a sacred burial ground. If the pipelines were to leak, it would contaminate the rivers and leave the surrounding tribes without clean water.

While Democrats and Republicans argue that the project will create jobs, environmentalists and individuals with consciences state that it would produce more gases that will, in turn, warm the planet. Reversing the decision to stop construction is unethical and wrong. But, hey, we’re all familiar with Trump’s jaded stance on climate change. What’s a couple of jobs to the future of the planet, right?

If you’re not angry yet regarding Trump’s administration and the decisions they’re rolling out, you’re not paying attention.