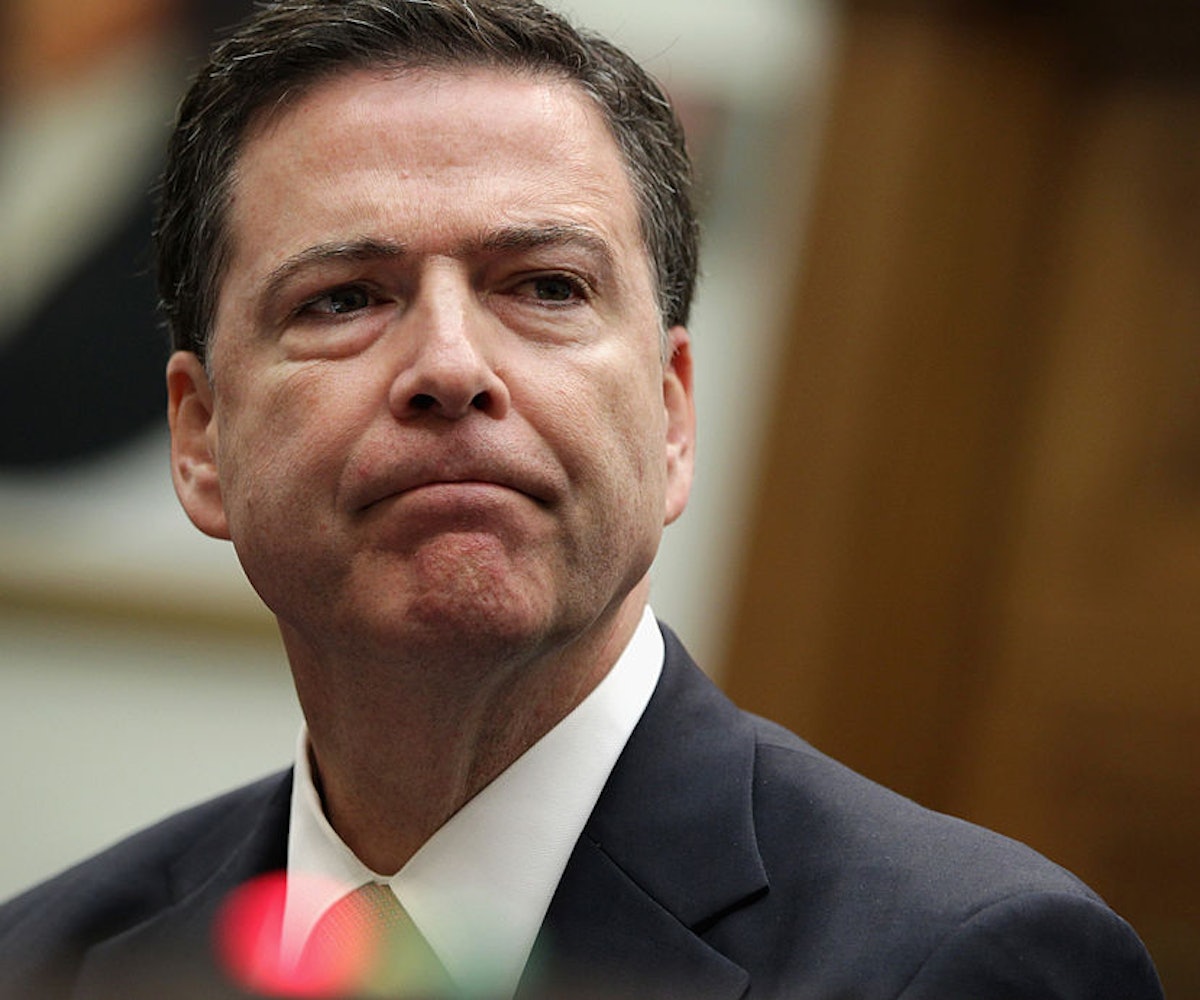 In a move that shocked everyone but should surprise no one, Donald Trump has fired FBI Director James Comey, the man who was in charge of investigating his campaign’s ties to Russian interference in the 2016 election. The news sent shockwaves across social media, as the White House released Trump’s letter to Comey informing him that he’s been relieved of his duties, effective immediately.

"While I greatly appreciate you informing me, on three separate occasions, that I am not under investigation, I nevertheless concur with the judgment of the Department of Justice that you are not able to effectively lead the Bureau," Trump’s letter read. You can read Trump’s full letter to Comey below, courtesy of none other than Will Arnett.

The move came at the recommendation of US Attorney General Jeff Sessions, who is using Comey’s handling of the investigation into Hillary Clinton’s emails as the official explanation for the termination.

"Today, President Donald J. Trump informed FBI Director James Comey that he has been terminated and removed from office,” White House press secretary Sean Spicer said in statement. “President Trump acted based on the clear recommendations of both Deputy Attorney General Rod Rosenstein and Attorney General Jeff Sessions." But of course, as scores of people on Twitter pointed out, the real reason for Comey’s is far more nefarious.

The former FBI director, who many blame for interfering in the election thus helping Trump win, was scheduled to testify before the Senate Intelligence Committee on Thursday. It was also pointed out that this move will be a gut check for Republicans in congress who until now, have done all they can to hobble the investigation into the Trump campaign’s ties with Russia.

The fallout from this decision will be catastrophic, and the Trump administration knows it. Thus the decision comes off as a desperate act of self-preservation more than anything. Many think that the administration, which has so far proven to be somewhat resilient to scrutiny, will not recover.