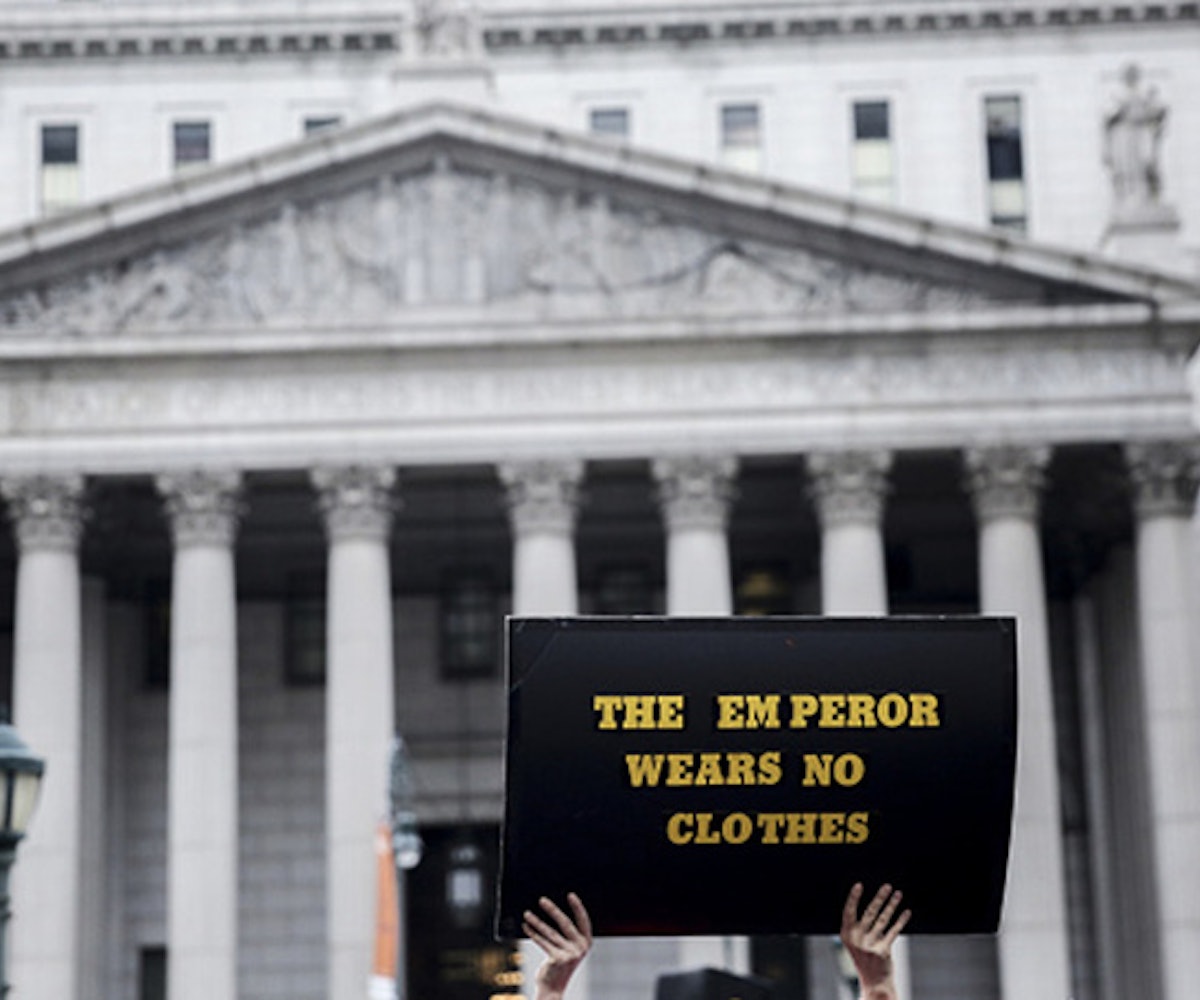 Our very fragile president, who requested that press briefings open with letters of praise for him and has his own propaganda TV station, reportedly reads two folders full of flattering news about himself every day.

White House sources told Vice News that Donald Trump is briefed twice a day, once around 9:30am and again around 4:30pm, with 20 to 25 pages of "screenshots of positive cable news chyrons (those lower-third headlines and crawls), admiring tweets, transcripts of fawning TV interviews, [and] praise-filled news stories." On the days when nobody, not even Fox, has anything good to say about him, they'll throw in photos of him "looking powerful."

The packet is called the "propaganda document" internally and is assembled at the Republican National Committee's "war room," which monitors press surrounding the president. "Beginning at 6am every weekday," Vice reports, "three staffers arrive at the RNC to begin monitoring the morning shows on CNN, MSNBC, and Fox News as they scour the internet and newspapers. Every 30 minutes or so, the staffers send the White House Communications Office an email with chyron screenshots, tweets, news stories, and interview transcripts."

That information is then compiled, and the most positive clips are given to Trump. The idea for the ego-boosting briefings came from former Chief of Staff Reince Priebus and former Press Secretary Sean Spicer, who, reportedly, competed to be the one to personally deliver it to Trump. “Priebus and Spicer weren’t in a good position, and they wanted to show they could provide positive coverage,” the official said. “It was self-preservation.”

A former RNC official told Vice that "maybe it’s good for the country that the president is in a good mood in the morning." Now that Trump's provoking nuclear war with North Korea, maybe they're right.

The only note White House communication officials have ever received on the folder is, “It needs to be more fucking positive.”