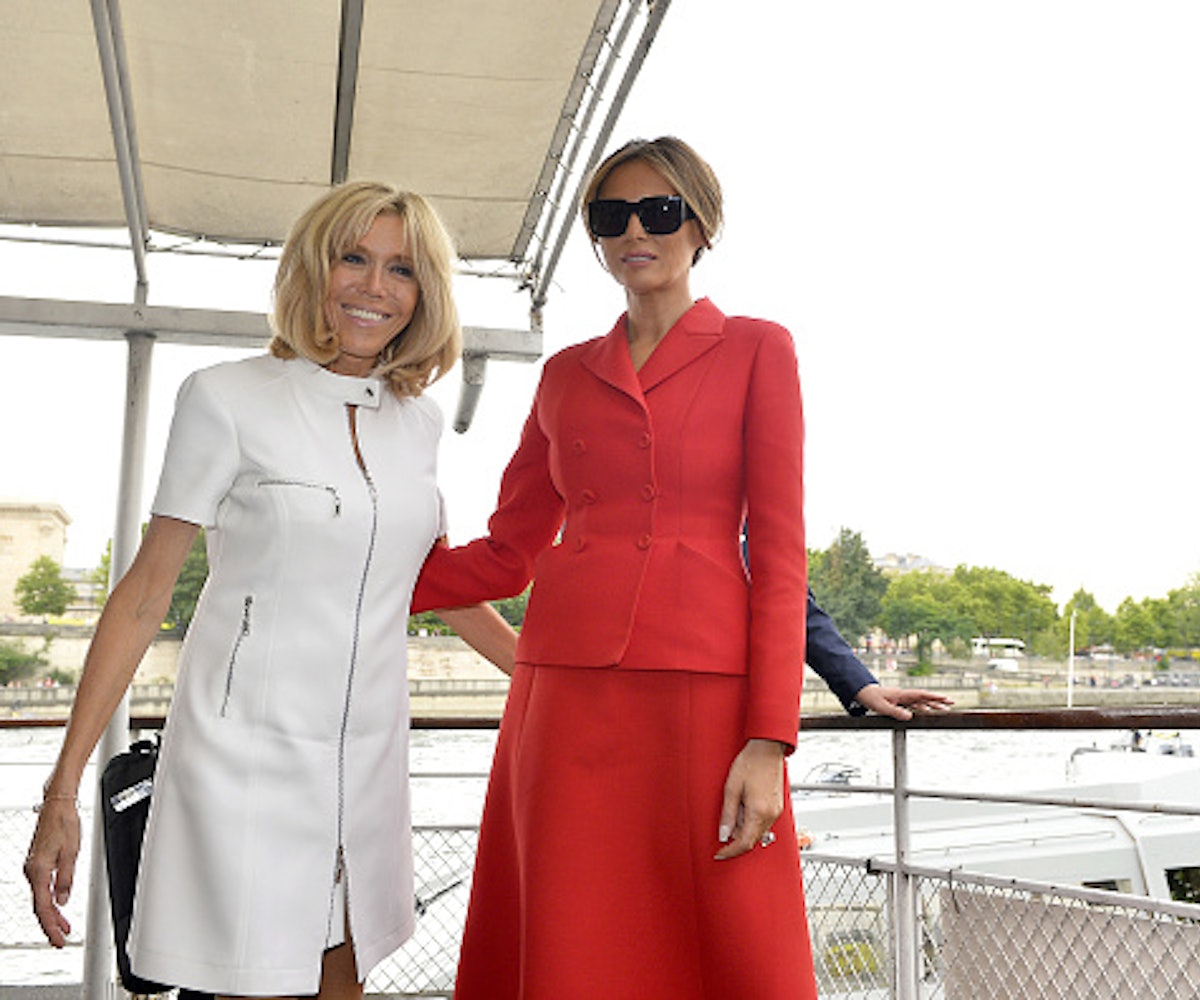 Like any other day in Donald Trump's presidency, no one is surprised by his behavior, but everyone is disgusted. Earlier today, when the misogynist-in-chief was meeting with France's President Emmanuel Macron and Macron's wife, Brigitte, Trump took it upon himself to comment on the French first lady's body.

Not long after meeting Brigitte, Trump looked her up and down before saying, "You're in such good shape." Then he looked at Macron and said, "She's in such good physical shape," as if he were appraising a race horse. "Beautiful," Trump added. This isn't the first time Trump has made a woman feel incredibly uncomfortable in his presence. And it definitely won't be the last. At this point, it would be more a story if Trump met a woman and actually behaved like a mature, respectful adult.

After Trump slobbered all over himself complimenting Brigitte's physique, France's first lady took a step behind Melania and grabbed her elbow, as if to say, "Please help me." You can watch the interaction below, Trump can be heard creeping on Brigitte around 54 minutes in.

It's truly unfortunate this man and his values are representing our country to the rest of the world.