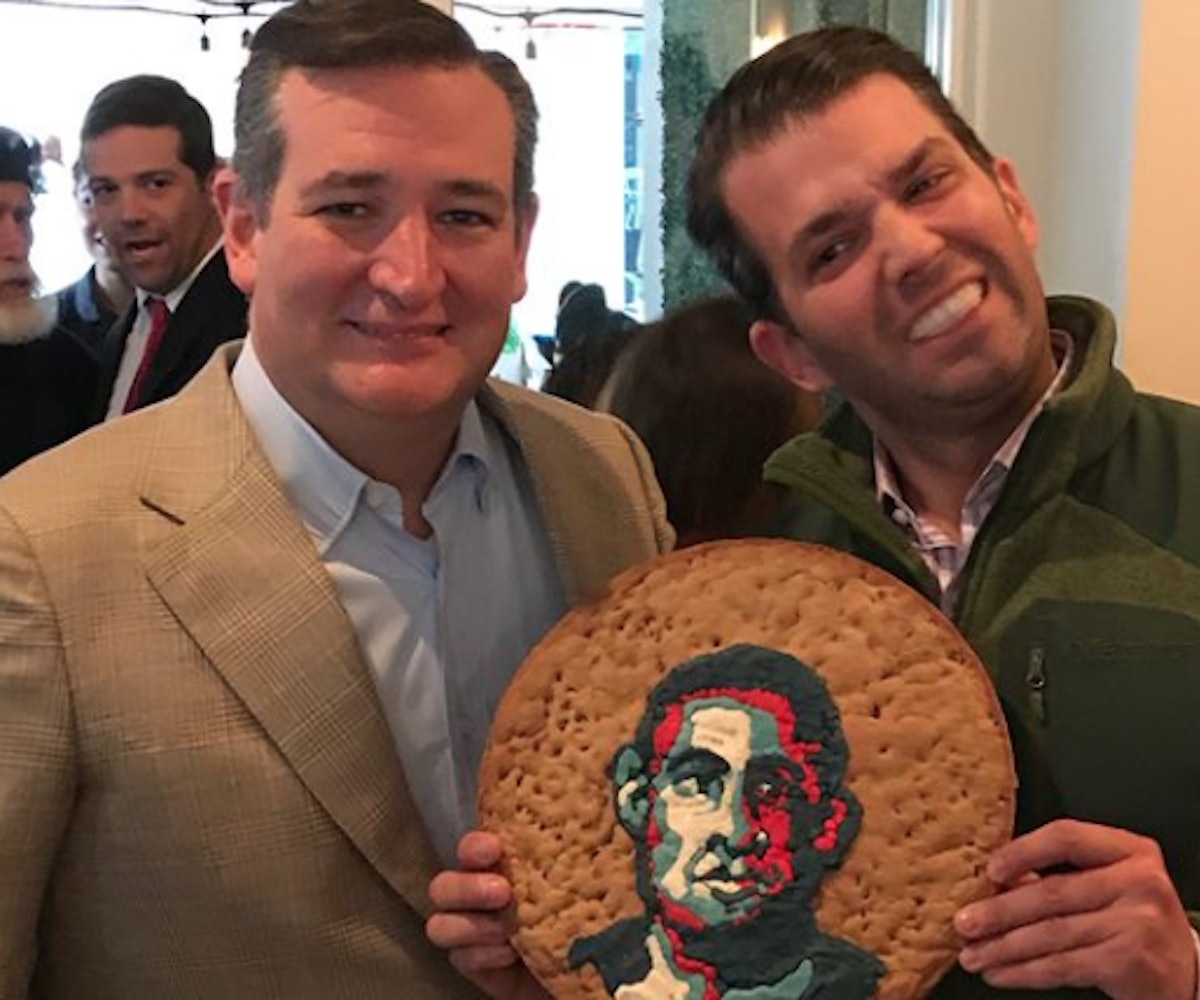 It’s almost Donald Trump Jr.’s 40th birthday, and, in celebration, his friends bought him a giant cookie featuring a version of Shepard Fairey’s Barack Obama portrait from the 2008 election. Trump revealed the gift in an

with a nervous-looking Ted Cruz, writing, “What birthday is complete without an Obama cake? I figured it was so good that I would have to share it with Ted."

Aside from the issue of the Obama portrait—a hideous and tragic development to the sordid story of the image—the primary question we’re wondering is: Why is Trump Jr. calling what is obviously a cookie, a cake? Is it a special cake that happens to just look like a cookie? Because there’s a significant difference between the two; it’s not merely how the pastry looks.

Furthermore, how did it even taste? Did anyone care to eat it after Trump Jr. manhandled the thing? It’s to Cruz’s credit—something we never thought we’d say—that he looks so thoroughly uncomfortable with the entire situation.

Yes, there are bigger issues in the world right now, but let’s be real: It’s a matter of significant concern that the president’s son not only doesn’t know the difference between two types of commonly baked goods but also delights in eating an image of his father’s predecessor.

His father must be so proud.

NEXT UP
Culture
Spotify Wrapped Is The Only Social Media That Doesn’t Lie
Life
NYLON Daily Newsletter: November 23, 2022
Culture
Simona Tabasco Is the Lifeblood of The White Lotus
NYLON Nineteen
Kosar Ali Is A Met Gala Aficionado