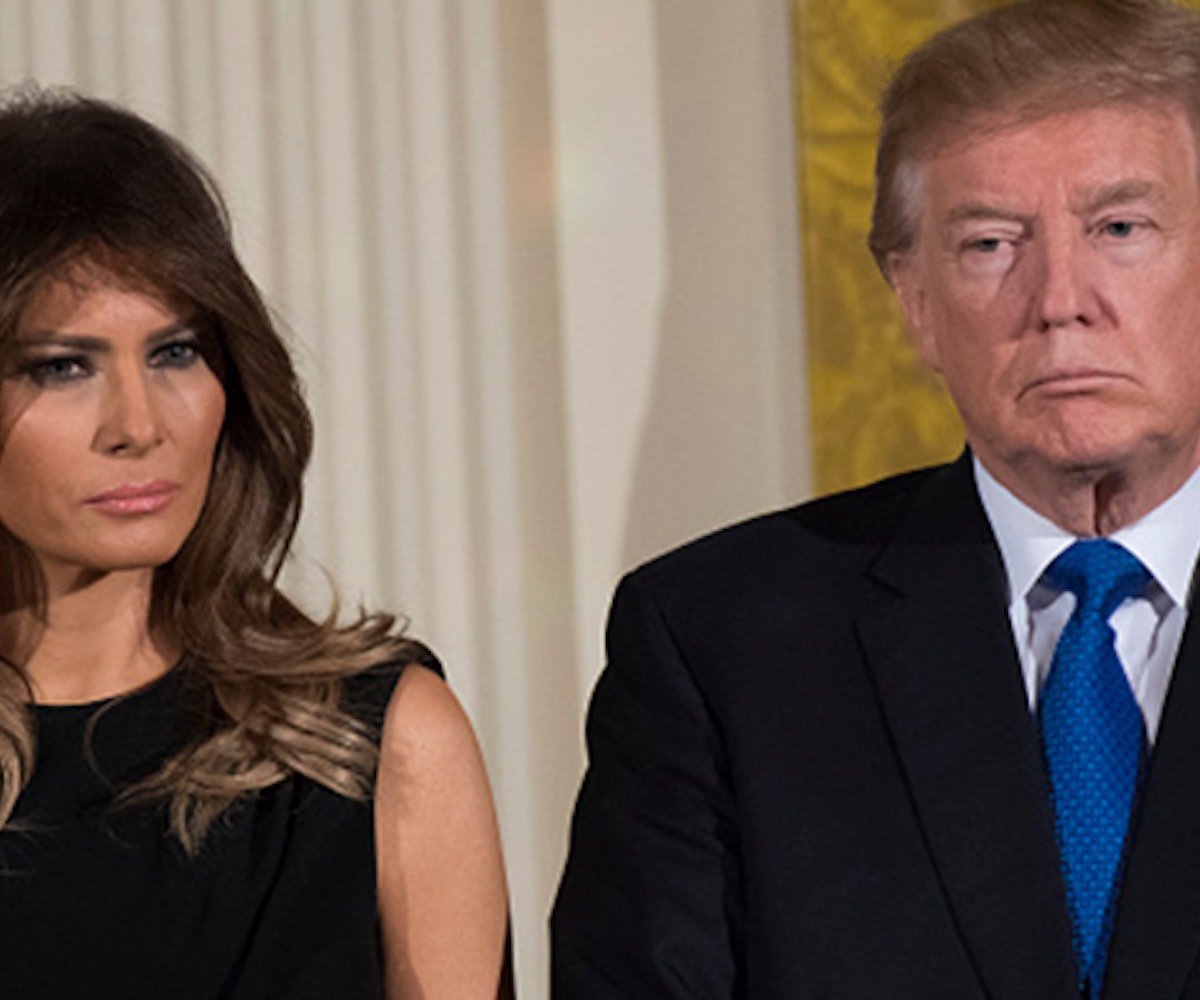 Once photos of the happy couple were released, looking stiff-armed and dead-eyed, the good people of the internet went in.

"When your Sims are waiting for instructions," someone tweeted.

For their Happy New Year message, the Trumps went with an image from the inauguration instead of the NYE party, which makes sense.

"Wonderful party!" someone wrote unironically on Instagram, along with a photo of the Trumps looking just as miserable as ever. "Great to have the President shake your hand and say great job! Happy New Year!"

"Beautiful moment at Mar-A-Lago as Donald and Melania duet on The Human League's 'Don't You Want Me' at midnight," writer David Roth tweeted.

They really had a blast.

These latest photos are about as warm as the pics of Donald and Melania helping kids track Santa on Christmas Eve, in which they sat as far away as physically possible while still being in the same room.

NEXT UP
Life
This Company Matches You With Your Dream Coffee & Delivers It To Your Door
Life
The Supreme Court Overturned Roe V. Wade — Here's What You Can Do
Life
June 2022’s New Moon In Cancer Is A Soft Reset
Life
aespa’s “Life’s Too Short” Video Is A Blissed Out Slumber Party