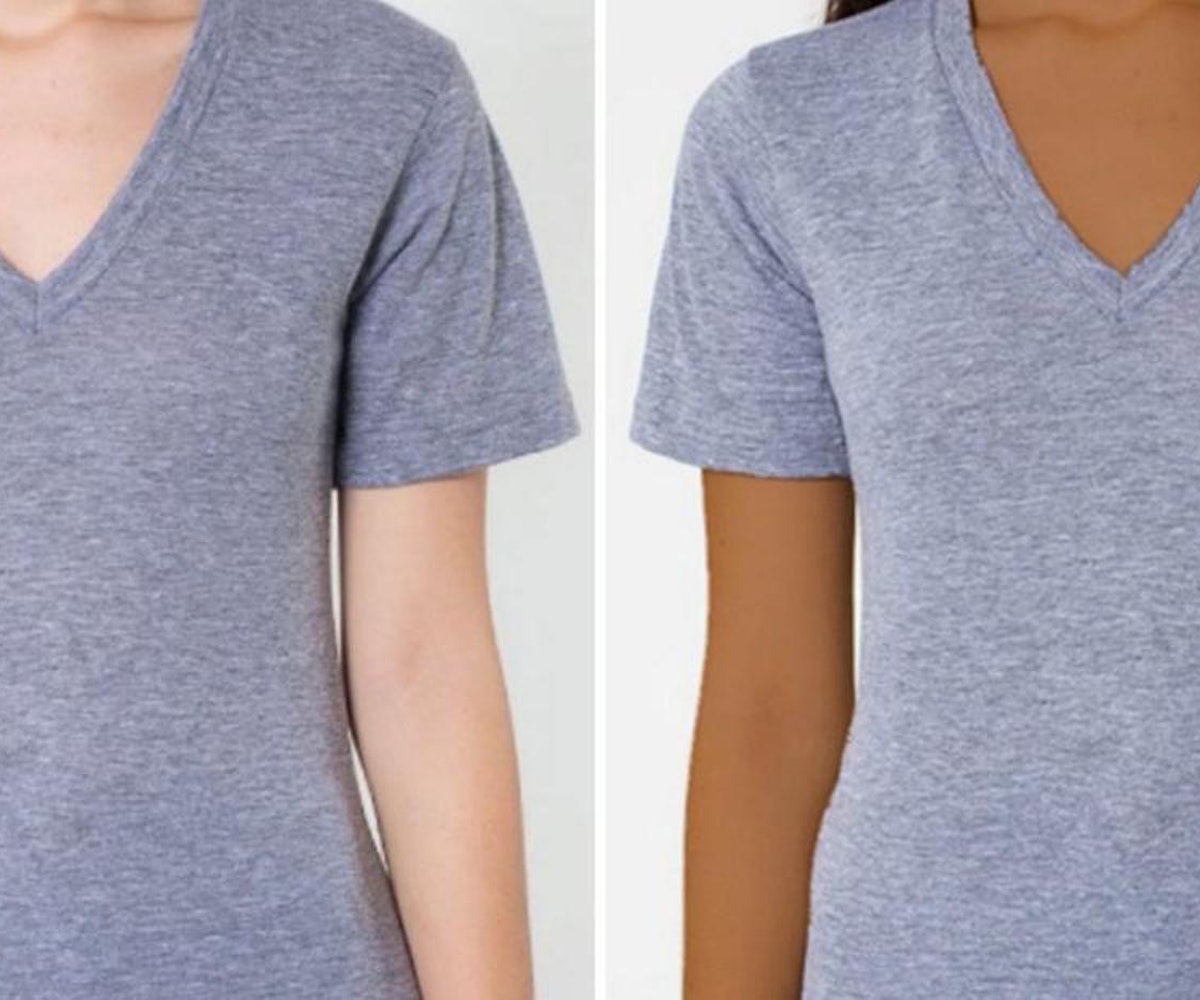 Ugh. God. Look at this. The room is spinning.

In an apparent bid at inclusiveness, the Donald Trump campaign has Photoshopped the skin of a non-African-American model, sporting one of their promotional T-shirts, a solid and undifferentiated shade of brown. This is not to say that the campaign has made someone black. No, they have made a person the solid color brown as no person of any ethnicity has ever been.

As Mic related to us, a staffer for Maryland Congresswoman Donna Edwards' campaign for Senate, posted a screen cap of a model wearing a Trump shirt from the campaign’s online store next to the original image from JCG Apparel’s—the provider of the actual shirt—website.

Further research revealed the face of the model who, while very pretty, is not the particular, synthetic shade of brown as portrayed on the Trump site.

Already the offending images have been scrubbed from the Trump campaign's online store, but investigations by Mic and various outlets did find that even more models had undergone drastic digital changes before the campaign took notice of the growing backlash toward them, and removed them from view.

Really, though, should we be all that surprised? The shoddiness of Trump's campaign is as undeniable as its racist undercurrents. Indeed, this lack of polish, this lack of professionalism in almost all quarters, has been a strong draw for the growing crowd of malcontents who have flocked to his absurdist bid for national office (them racist undercurrents haven't hurt either).

Something like this seems inevitable in retrospect and, actually, somewhat poetic. Truly, there are few better ways to portray Trump's false, poorly handled outreach to America's non-white population than this.

NEXT UP
Culture
An Exhaustive Breakdown Of The Balenciaga Controversy
Culture
In Cann’s Holiday Campaign, The Greatest Gift Is Being Chill
Sale
These Cyber Monday Deals On Amazon Are SO Freaking Cheap
Fashion
Dickies & Gucci Vault Drop A Sparkling, Studded Holiday