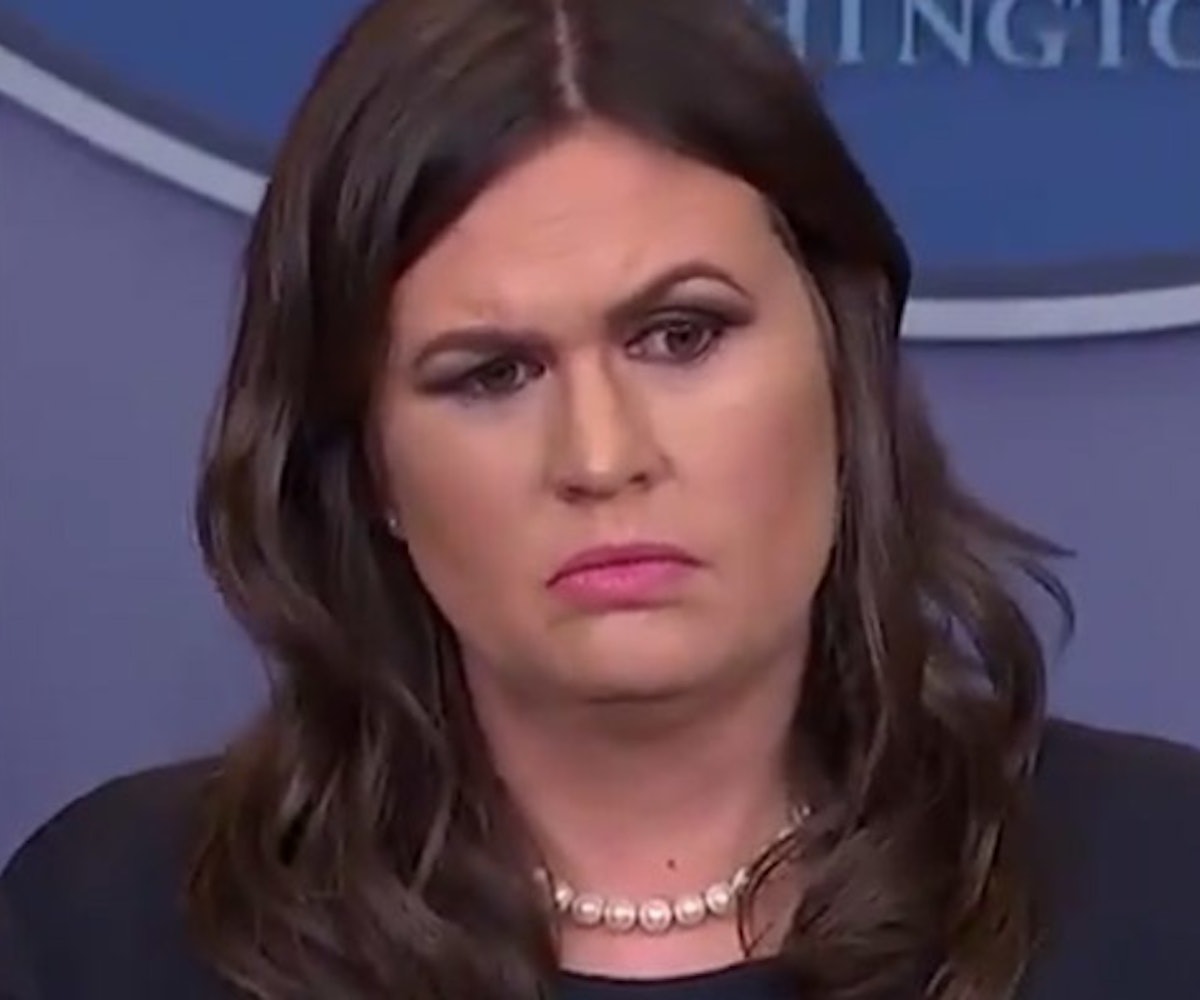 A reporter had asked Sanders about the ethical investigation into allegations against Franken—who was accused by radio news anchor Leeann Tweeden of groping and forcibly kissing her—and whether or not a similar investigation should happen in response to the 15 women who've accused Trump of sexual misconduct.

"I think that this was covered pretty extensively during the campaign," Sanders said. "We addressed it then. The American people, I think, spoke very loud and clear when they elected this president."

When asked whether or not the president believes the sexual assault accusations against Republican Senate candidate Roy Moore, Sanders said he "finds the allegations extremely troubling."