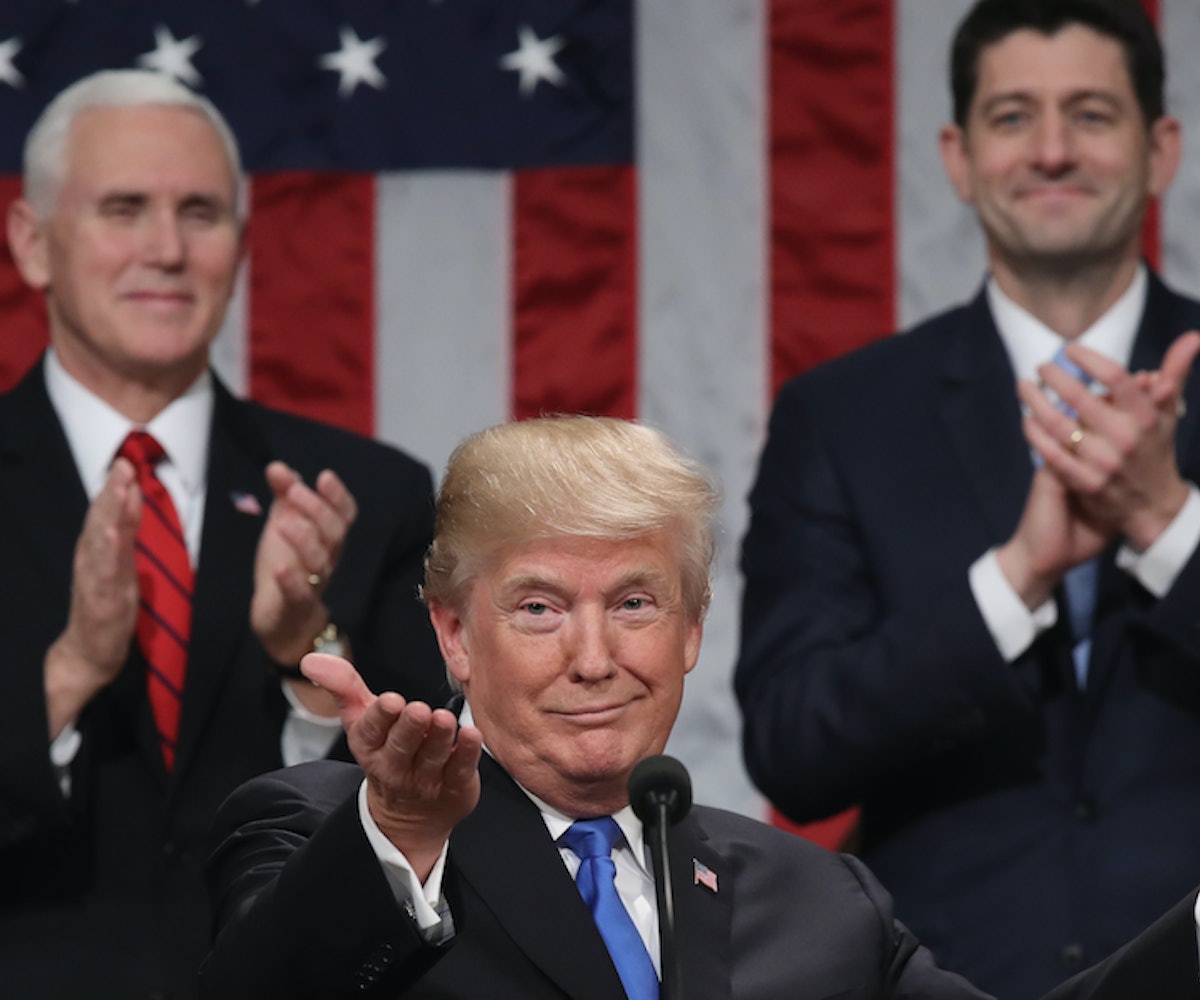 Last night, during his first State of the Union address, Donald Trump tried to gloss over all of the reprehensible things he's said and done so far in his presidency. When talking about Puerto Rico, who he condemned for its debt following Hurricane Maria, Trump said, "we are with you, we love you, and we will pull through together." He also said he's been working to "make America great again for all Americans." Yeah, especially for the neo-Nazis who he continually defends, we bet. Mostly, though, he just lied a lot.

Trump opened his speech by congratulating himself for enacting "the biggest tax cuts and reforms in American history." This isn't accurate. According to the non-partisan Committee for a Responsible Federal Budget, Trump's tax cut is the eighth biggest in history.

Then, after months of division and tweeting about how Democrats are "only interested in obstruction," Trump asked that they "set aside their differences" and "to seek out common ground."

The president also took credit for creating "2.4 million new jobs, including 200,000 new jobs in manufacturing alone." As CNN points out, America's economic recovery began under the Obama administration and is continuing under Trump, so while he's not solely responsible for the increase in jobs or the record low unemployment rates among African Americans, he's good at taking credit for it.

He also claimed that Chrysler was moving a car plant back from Mexico to Michigan. While the company is bringing some production back to Michigan, the plant will remain in Mexico.

Trump went on to share some misinformation about his favorite topic: immigration. "Under the current broken system," he said, "a single immigrant can bring in virtually unlimited numbers of distant relatives." While someone who becomes an American citizen can usually bring their spouse or children into the country, it's false that they can bring any amount of extended family that they want.

He also implied that immigration loopholes were responsible for recent terrorist attacks in New York City, but authorities say the terrorists were likely radicalized in the United States. Trump then told horror stories of the gang MS-13 in order to justify his harsh immigration reform.

Unless, of course, you come from one of the "shithole" countries Trump doesn't like.