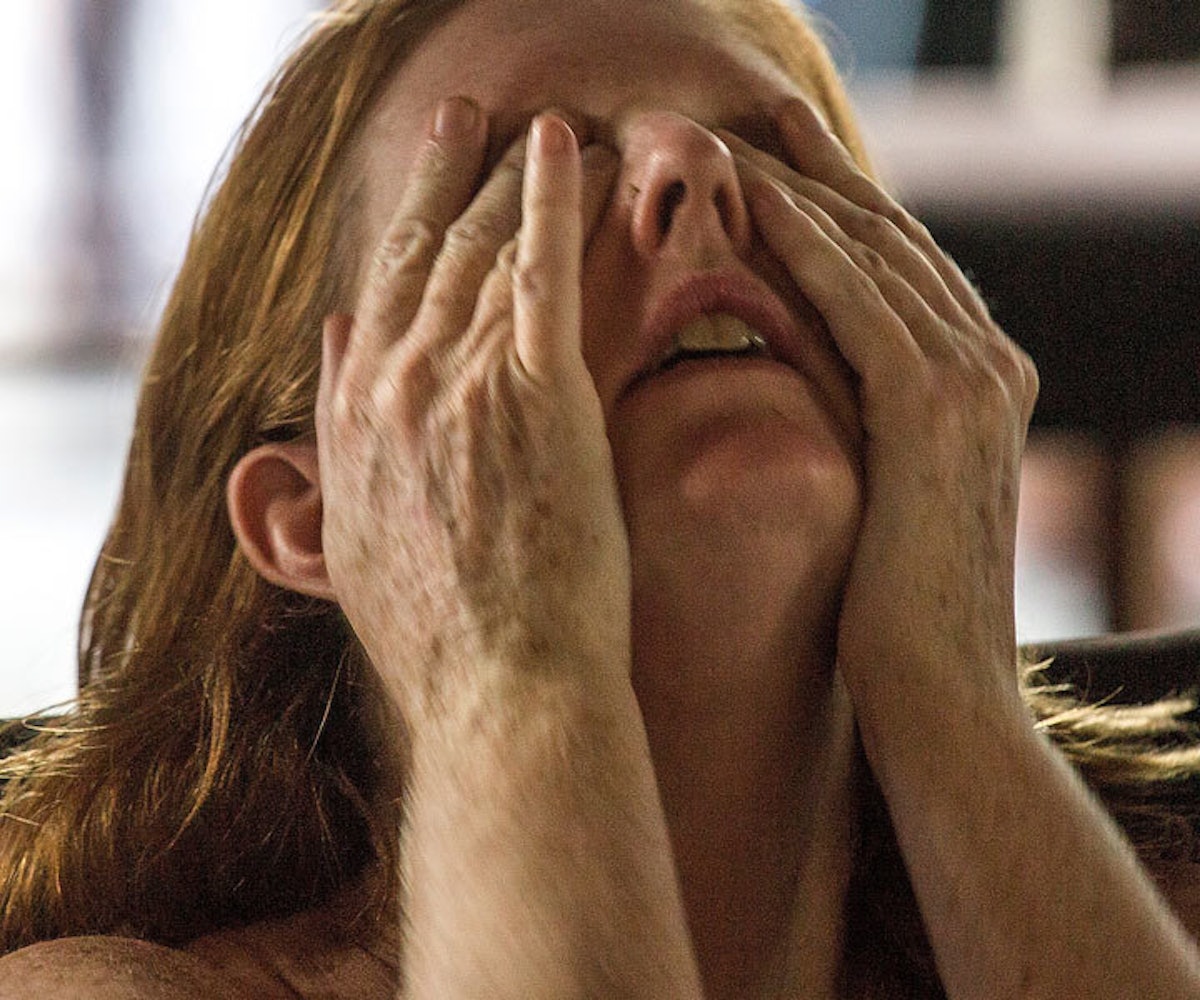 If your heart drops every time a news notification pops up on your phone, fearful of what dumb move our current administration has made this time, you're far from alone. According to a recent online poll, conducted by the American Psychological Association, the most common source of stress for Americans is worrying about the future of our nation.

Broken down, Democrats feel more stress than Republicans, while women and people of color harbor the most concern. Surprise, surprise. The report goes on to outline that 59 percent of people say this is the lowest point they can remember for the U.S., which is notable considering this includes men and women who have lived through World War II, Vietnam, Cuban Missile Crisis, and 9/11. So, yeah, things are pretty bad.

Specifically, the people of our country are worried about health care, the economy, trust in government, and hate crimes. And though it's important to stay informed about current events, most are torn between checking the news regularly and remaining sane. “With 24-hour news networks and conversations with friends, family and other connections on social media, it’s hard to avoid the constant stream of stress around issues of national concern,” says Arthur C. Evans Jr., APA's chief executive officer. "Understanding that we all still need to be informed about the news, it’s time to make it a priority to be thoughtful about how often and what type of media we consume.”

It's nice to receive validation, but we didn't exactly need a poll to confirm the obvious. We're coming up on one year since the country elected an unqualified celebrity head into office, and the groans intensify with each passing day. But, there is some good news: 51 percent of Americans say that the abysmal state of the country has inspired them to volunteer or donate money to causes they care about. That includes "taking some form of action," signing a petition, or boycotting a company or product. Yay?