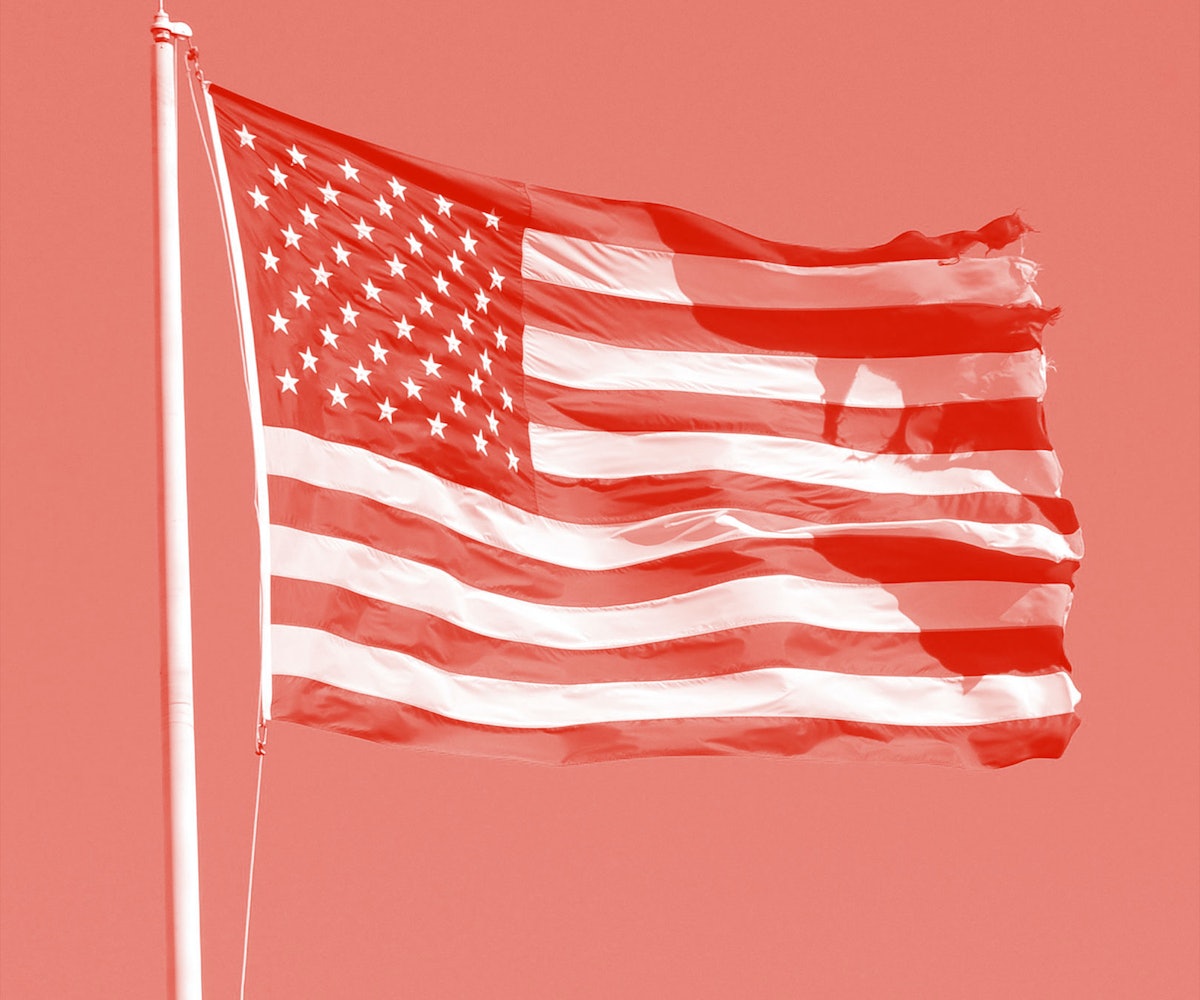 In case you haven’t noticed, Donald Trump has been melting down on Twitter. Enraged by a looming recount and Hillary Clinton’s growing lead in the popular vote, Trump has been busy making baseless claims of a rigged election (that he won!!!) and retweeting random supporters, including a 16-year-old fan of the Anaheim Ducks, all in the name of discrediting a CNN reporter and the network as a whole. But this morning, Trump, who is a mere 52 days away from being sworn into office, tweeted what looks like the unthinkable.

What the President-elect is suggesting with that tweet is a direct violation of the First Amendment, which guarantees freedom of expression for every American, even and especially if it is against their own country and its institutions. That the future president is suggesting such an act of dissent result in jail time or, even worse, loss of citizenship, naturally set off alarm bells on Twitter.

Trump’s tweet is disturbing in its randomness. There have been no reports of widespread flag burning across the country, and so it can be read as an ominous warning that as president he plans on infringing upon our basic rights. But because this is Donald Trump we’re talking about, it’s more likely just provocation for the sake of provocation that will soon be drowned out by the next outrageous thing he says. However, there has been much debate over whether Donald Trump's tweets are calculated smoke screens, meant to distract the media and the public at large from his controversial cabinet appointments. New York magazine's Jonathan Chait seems to think the flag-burning tweet falls under that category.

It is also worth noting that the late Justice Antonin Scalia, whom Trump has praised and is now tasked with replacing on the Supreme Court, once explained on CNN exactly why burning the flag is allowed in this country. "If I were king, I would not allow people to go around burning the American flag—however, we have a First Amendment which says that the right of free speech shall not be abridged—and it is addressed in particular to speech critical of the government," Scalia said."I mean that was the main kind of speech that tyrants would seek to suppress. Burning the flag is a form of expression—speech doesn't just mean written words or oral words—burning a flag is a symbol that expresses an idea. 'I hate the government, the government is unjust,' or whatever."