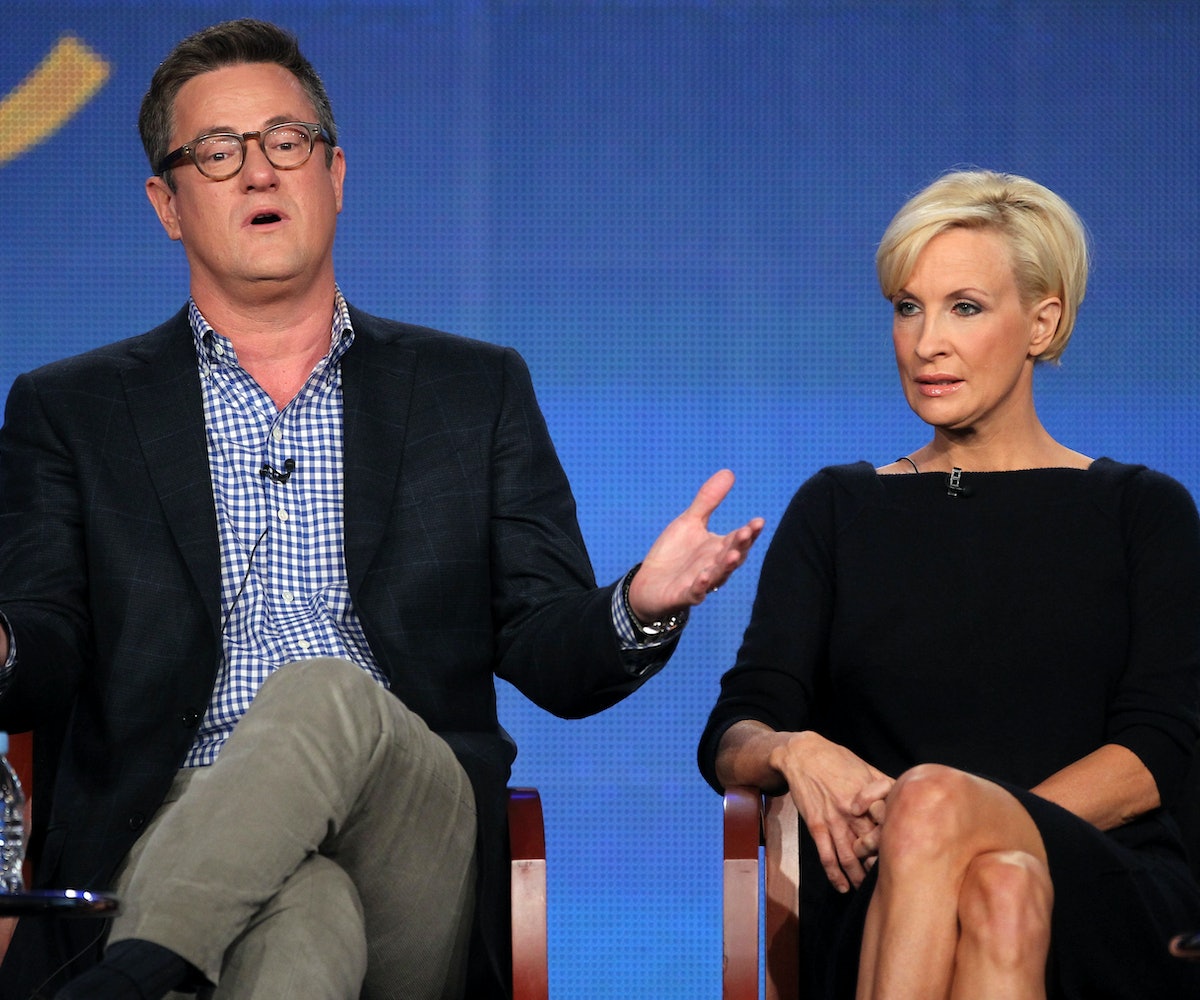 Donald Trump, an ancient chthonic evil with a bad weave, is not very good at a little thing called decorum. After launching a deeply personal and deeply sexist attack on reporter Mika Brzezinski earlier this week, the President of the United States has been ranting on Twitter about—well, whatever pops into his head at the moment, it seems.

Trump has tweeted 19 times since Friday on topics ranging from official White House proceedings to the 2016 election (yes, we're still on that). Here's a few of the most absurd examples from the past few days:

Trump isn't letting his newfound feud with Joe Scarborough and Mika Brzezinski go just yet. Here, he all but insinuates that he attempted to (or at the very least considered) blackmail against the two in the past. In tweet form, this is a bit funny. In actuality, it's kind of horrifying.

Here's Trump all but threatening war with North Korea... over Twitter.

Reporter Greta Van Sustren got let go from MSNBC 'cause her ratings were not great and Trump's pissed about it.

This week, Trump demanded all 50 states hand over detailed information on all voters. This is dangerous and terrifying. Here he is getting huffy about legitimate criticisms of the request.

CNN controversially let go of a few reporters after an article on Russia was retracted. Trump will never drop this. Expect him to be tweeting about it until his term is over or he's impeached (and probably even after that).

More on Joe and Mika.

And even more anti-CNN ranting. Aren't you supposed to be running a country, dude?! Get off your phone!

No clue what this one means, to be honest.

But the pièce de résistance of the weekend is this most recent tweet, a gif of the President literally wrestling CNN. He pinned this one, too, so everyone will see it.

Looks like preparations for July 4th are going spectacularly over in Washington! (Help us.)