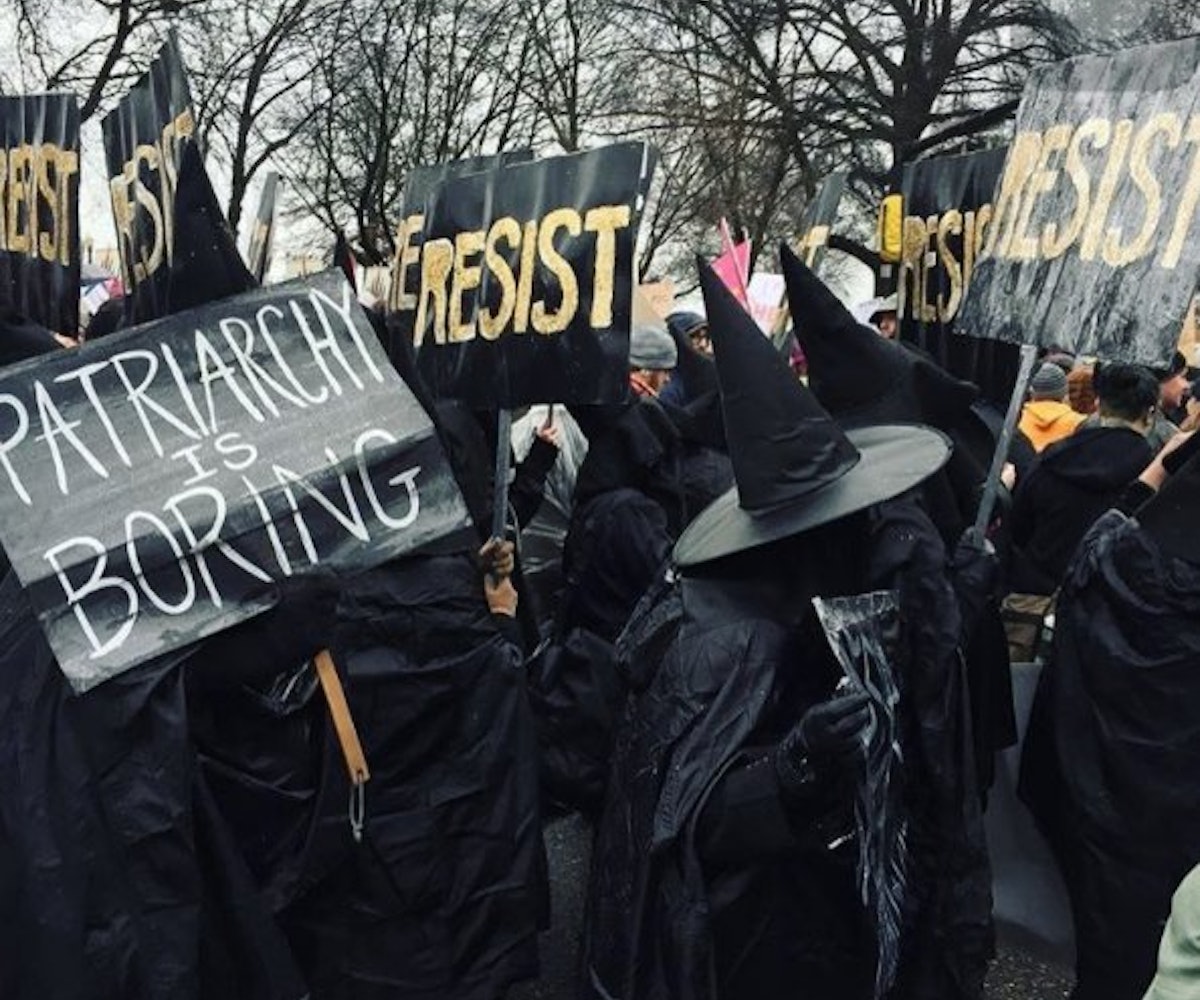 It's hardly a secret that real witches of all types, from assorted spell-casters to Lana Del Rey, have declared their opposition to President Donald Trump. (Even the Satanic Temple has lent their voice against the Orange One!) Leading up to the election, various sorceresses, clairvoyants, alchemists, and diviners banded together in attempts to prevent our current situation. Now, in the wake of an increasingly explosive investigation into Trump's team's ties to Russia, our nation's leader took to Twitter to declare his persecution a "witch hunt."

Trump's claims are quite obviously ludicrous, as per usual. Merriam-Webster defines a "witch hunt" as "the searching out and deliberate harassment of those (such as political opponents) with unpopular views." The phrase has come to describe a manufactured rooting out of a political victim due to paranoia or for strategic gains. The current investigation into Trump and his team, which seems to be turning up new red flags every few minutes, clearly does not meet that definition. Similarly, the comments minimize the actual seriousness of historic witch hunts around the world, which claimed the lives of countless individuals (usually women!) in America and Europe.

"The thing about calling it a 'witch hunt' that's especially problematic is that it infers people are searching for something that doesn't exist," says Melissa Madara, co-owner of Catland Books, a Brooklyn occult shop which hosts monthly Trump hexing events. "It infers that the allegations against the president are as made up and reactionary as a hunt for witches, despite mounting evidence to the contrary. Witch hunts took place to root out outspoken, independent women. And remember: People died. To appropriate the oppression and slaughter of women to dismiss his very serious allegations is a brave new low for the Trump administration, but shockingly also doesn't deviate from his party line too much."

In the wake of this outrageous comment, actual occultists and other assorted experts are responding en masse. One scathing retort comes by way of The Icelandic Sorcery Museum:

Another comes from Congressman Seth Moultan, who represents Salem, Massachusetts. You know, the place where the country's most historic witch hunt actually occurred?

Other politically-oriented groups of magick users are banding together to demonstrate their discontent with our current administration:

And even Lana Del Rey joined in on the anti-Trump brujeria earlier this year:

Now that Trump's presidency seems on the verge of a complete collapse, it's looking like all that moon-worshipping is starting to pay off.