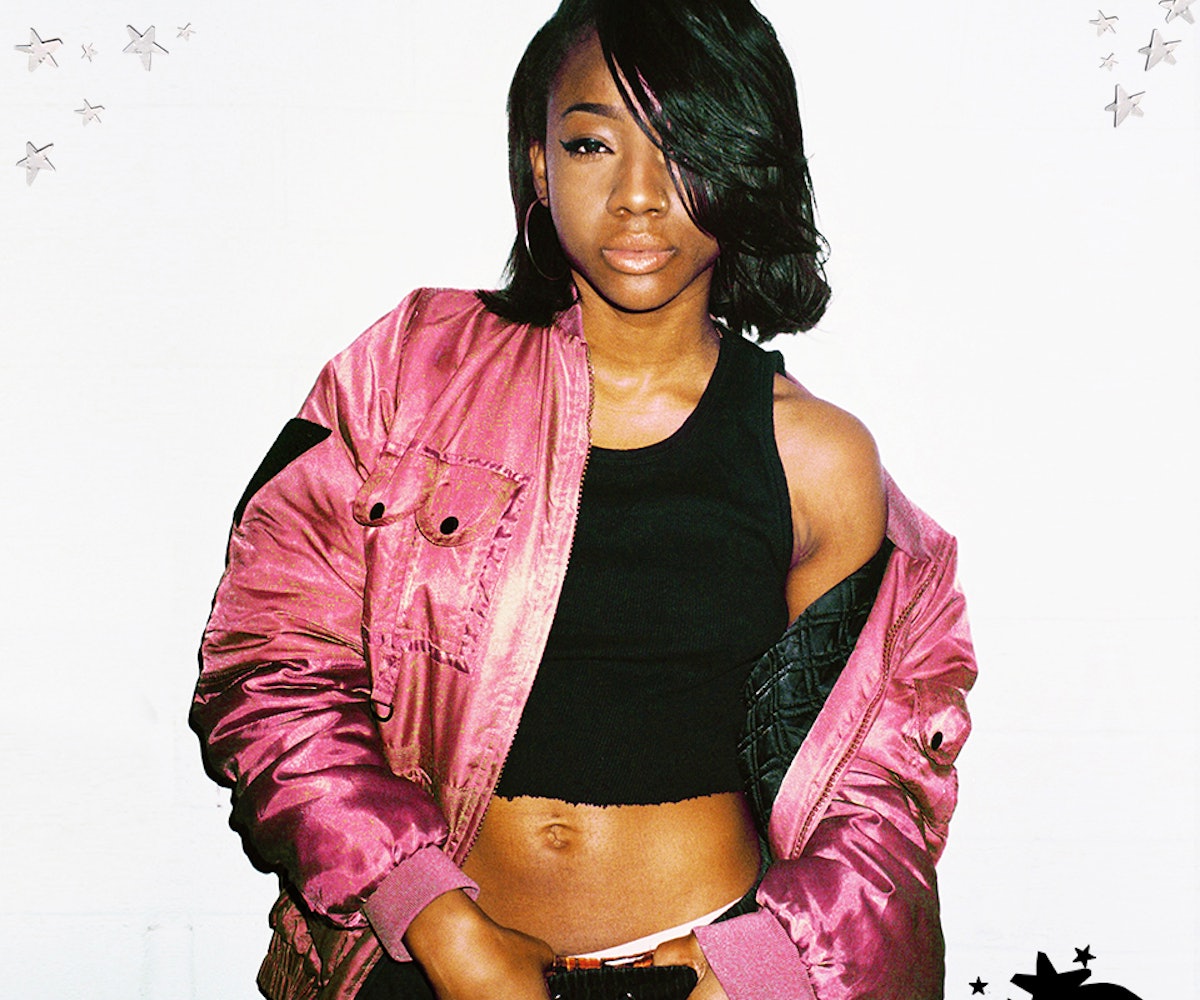 Contemporary rappers that pay homage to New York City's classic sound aren't exactly few or far between. What's rare, though, is to hear that old-school vibe paired with a woman's voice—and that's exactly what has helped DonMonique stand out from the crowd. A product of Brooklyn, the rapper initially brings to mind the explicit cockiness of Lil' Kim and Foxy Brown, but there's no doubt that she's got a style all her own. Her 2015 debut EP, Thirst Trap, is an eight-track compilation of songs that put her accent on full display as she asserts her independence and the fact that she doesn't need anyone's approval ("I'm a sweet bitch but don't call me sweetie," she spits on "ION"), over beats that warp the quintessential New York sound with autotuned hooks and trilly, icy elements. And if you need any assurance that DonMonique's appeal is evergrowing, her track "Pilates" was played during Alexander Wang's NYFW show (and also in one of Kylie Jenner's Snapchat stories, for what it's worth). Here, we get to know the rapper on the rise.

By being myself and not thinking about what the next person is doing. Embracing who I am and accepting how others are and being passionate about everything I put effort towards.

Going against my parents wishes and being a rapper was one of the main barriers I broke. I feel like I changed their minds about having to be in school in order to be successful. And just being a "female rapper" period, making it as far as I have in such a male-dominated industry.

I feel like it took me a while to grow into my "black identity." I never felt bad about being black until I was put into a white school. For eight years straight I was the only black girl in my classes and the kids there were horrible sometimes—always said shit about my hair and color. In my high school, the races were more mixed and that's when I started to appreciate my people, even down to my nationality. I don't regret it, I'm glad I got to experience both worlds. Especially while I was still young.

Growing up, where did you look for inspiration? Who or what inspires/motivates you now?

My style changed so much throughout the years. I can get inspiration from anything and make it into my own. At the moment by biggest inspirations are the people around me. Everyone in my circle works so hard and that only motivates me to go hard as well. My inspirations as far as music right now would have to be Foxy Brown and Earl Sweatshirt.