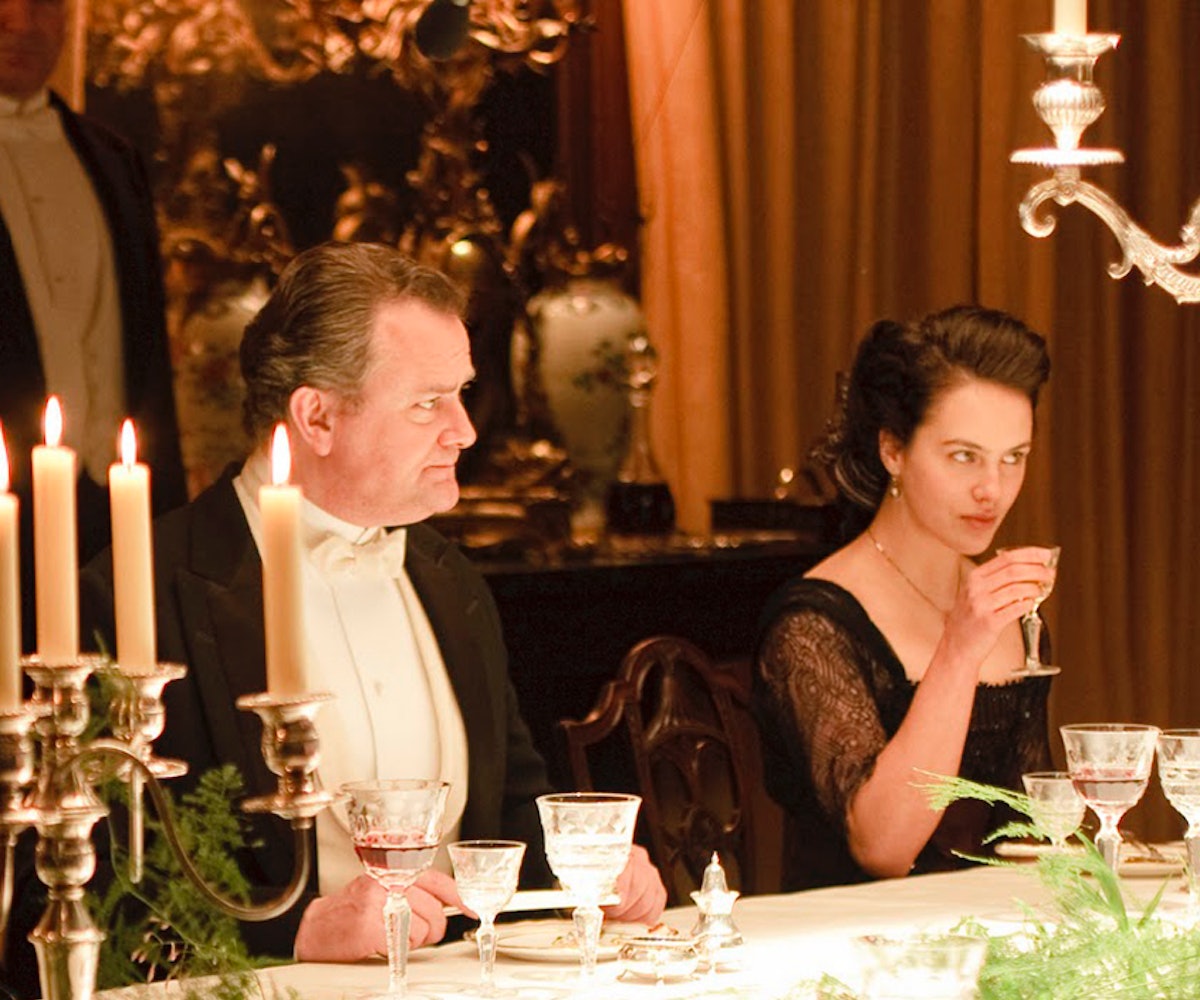 Let's be honest: You probably pop open a bottle when you're watching Downton Abbey because a) there's too much drama going down to not be taking it all in with a glass in front of you, and b) Mr. Carson would totally approve.

So whether you want to call it a stroke of genius or just an opportunistic marketing ploy, we can all agree that the TV show getting its own line of wines is a bit of a no-brainer, right?

Today marks the launch of Downton Abbey Wine Collection, with not one but two Bordeaux blends (the Blanc and the Claret). Like Downton Abbey itself, the vineyard where the wine is made is family-owned and goes way, way back (the Grands Vins de Bordeaux has been in the wine biz for more than 130 years). You can get all the details (and order a bottle or two) online, and they should be hitting your classy corner wine store by November 1. As for pairings? Well, we bet Mrs. Patmore would go with some quail or a slice of her Christmas pudding, but honestly give us a burrito and a glass of red and we're good.

The timing couldn't be better: Season four is already underway in the UK, and is set to premiere in the US come January 2014. That gives us plenty of time to come up with a drinking game to accompany the season premiere, but we're totally taking suggestions now (share them with us on Twitter and Facebook).