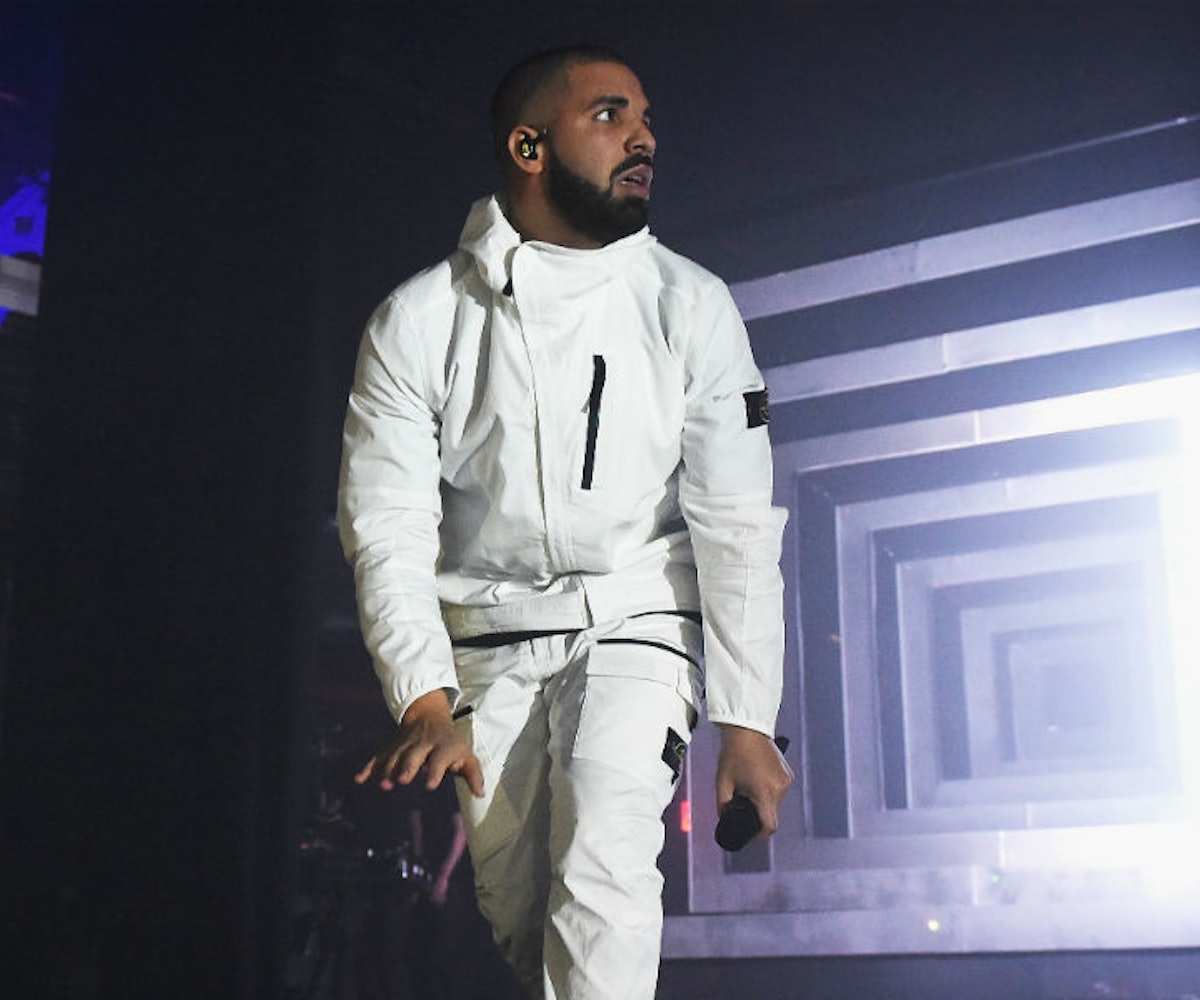 Last night, Drake dropped a trailer for his upcoming album Scorpion. In it, the Canadian rapper gets up from his seat, drives down a palm-tree lined road, and sways in a red-lit studio. Playing in the background is Moderat’s “The Mark (Interlude),” a song notably featured on the Annihilation soundtrack. This realization led some people to ask the pressing question: Is Drake a fan of the trippy sci-fi film? And, if so, what is his favorite part?

Spoilers ahead, but it had to be the ending, right? When Natalie Portman’s character does an interpretive dance with her shimmering double. Or, maybe it was when Tessa Thompson’s character silently turned into a plant while walking out of a scene. Or, maybe it was when the creepy bear ate Tuva Novotny's character and then her screams were distorted and amplified every time the animal opened its mouth. That’s bound to give even Mr. OVO nightmares.

Regardless, clearly, the soundtrack was a standout for Drake. Maybe, plot twist, he never saw the movie and, like a lot of people, is just obsessed with this particular musical cue from the track. After all, it’s enticing, beautiful, and slightly disturbing. Hopefully, it's a hint of what we can expect come Friday (when Scorpion drops) from our favorite moody rapper.