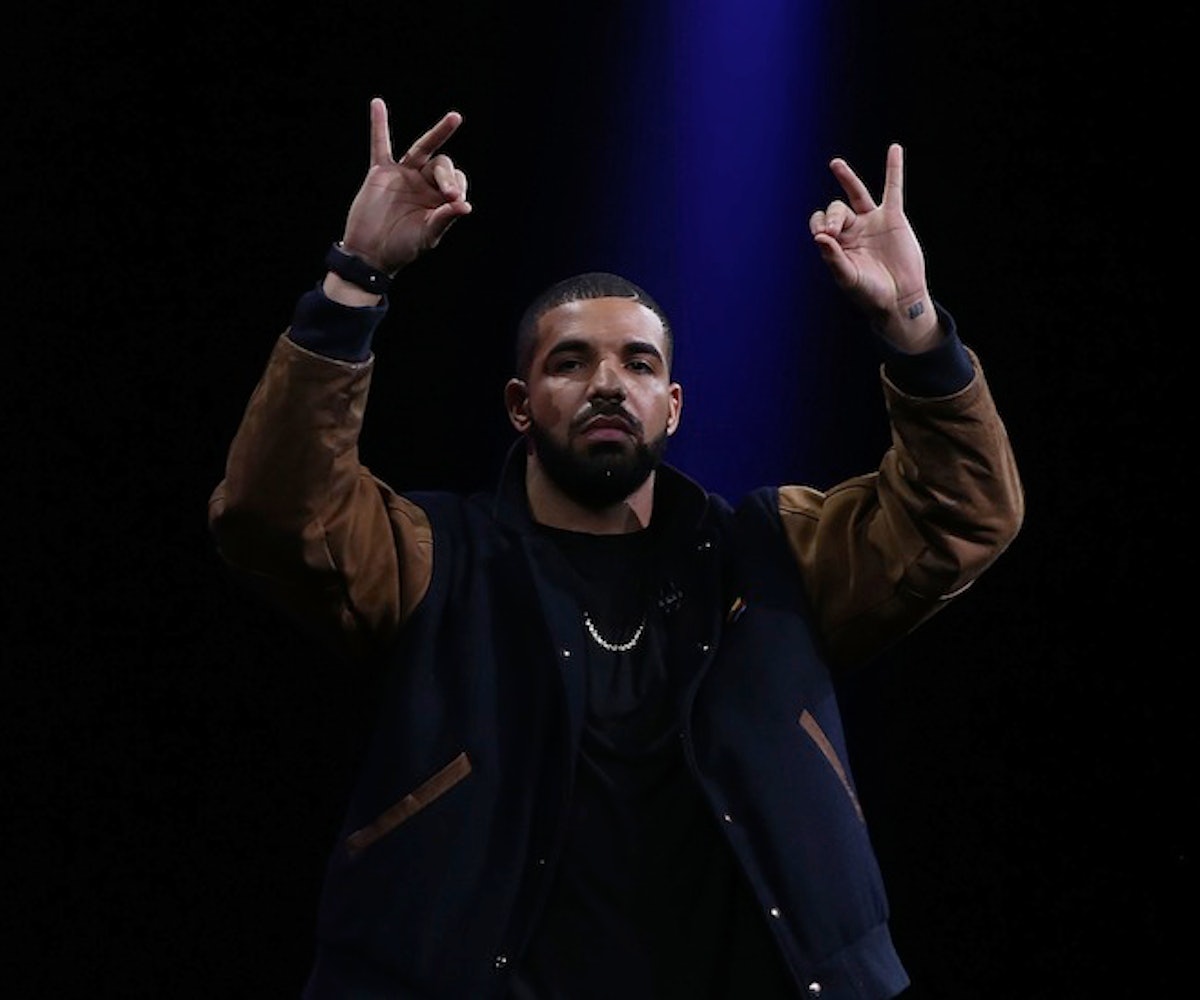 We clearly can’t get enough of Drake. Lucky for us, there are five new apps to take our Drizzy love to the next level. Now we can listen to Drake and play a game about him simultaneously on our iPhones. Oh, and they're all free.

Our favorite part of this iTunes app is the tiny, animated Drake that we get to run through the 6. Sometimes he even has a little halo on and wings. For every 6 you run through, you get 100 woes. If you hit in a wheelchair, you’re sent back to Degrassi. It’s as simple as Super Mario; just collect as many woes as you can. It’s an homage to “Know Yourself” which means you also get to listen to the song—on loop—while playing. Sold. (itunes.com)

This might be our favorite app, purely because who hasn’t wanted a selfie with Drizzy? For all you fans that have snapped the side of his head at Coachella or gotten him blurry in the background at Governor’s Ball—your struggle is over. Now, you just have to download the app and Drake can magically appear in any photo you like. Just shake your phone and Drake will pop into one of your pictures. We’re planning on using this for many a prank. Just send your friends a picture of you and Drake sipping margaritas at a sidewalk café. They’ll be convinced you’re the best he’s ever had. (itunes.com)

Forget the Catchphrase at a party—challenge your friends to a Drizzy Quizzy (we had to). Even if not everyone is as cultured on Drake’s history and current events as you are, it’s a great way to learn. There are categories like “Before Finding Fame,” “Career and Lifestyle” and “Personal Life” to choose from. And don’t sweat it, they’re mostly all multiple choice. We don’t expect anyone to know the number of Grammy awards Drake has received—even though we do. There’s also a section with the latest Drizzy news to refresh your memory before you battle it out with friends or just yourself. We love this for playing during those long subway rides or shopping spree lines. (itunes.com)

Let Me Drake That for You

Okay, we love this. It’s like Drake took over Google for a day and would only let search results bring up topics related to himself. Type in anything—we tried “ice cream” and found an adorable picture of the rapper as a kid eating a pink ice cream cone in a purple hat. Priceless. If you’re in need of the perfect breakup song, just type in “breakup” and a number of Drizzy’s ballads will pop up to soothe your soul. This is great for hardcore fans and also people that still need to hop on the Drake train—a slew of Drizzy facts at your fingertips. (lmdraketfy.com)

Forget the boring weather apps or, worse, the weather channel or the news. Now there’s an app that tells you a weatherly report with the classic Nothing Was the Same album cover. Behind the rapper’s profiled face, the clouds and sky change to reflect your current climate. It may be rain, blue skies or even snow. This totally spices up our daily forecast. Learning it’s about to drop below freezing and drench us with snow feels much easier when Drake’s delivering the message. (Drakeweather.com)