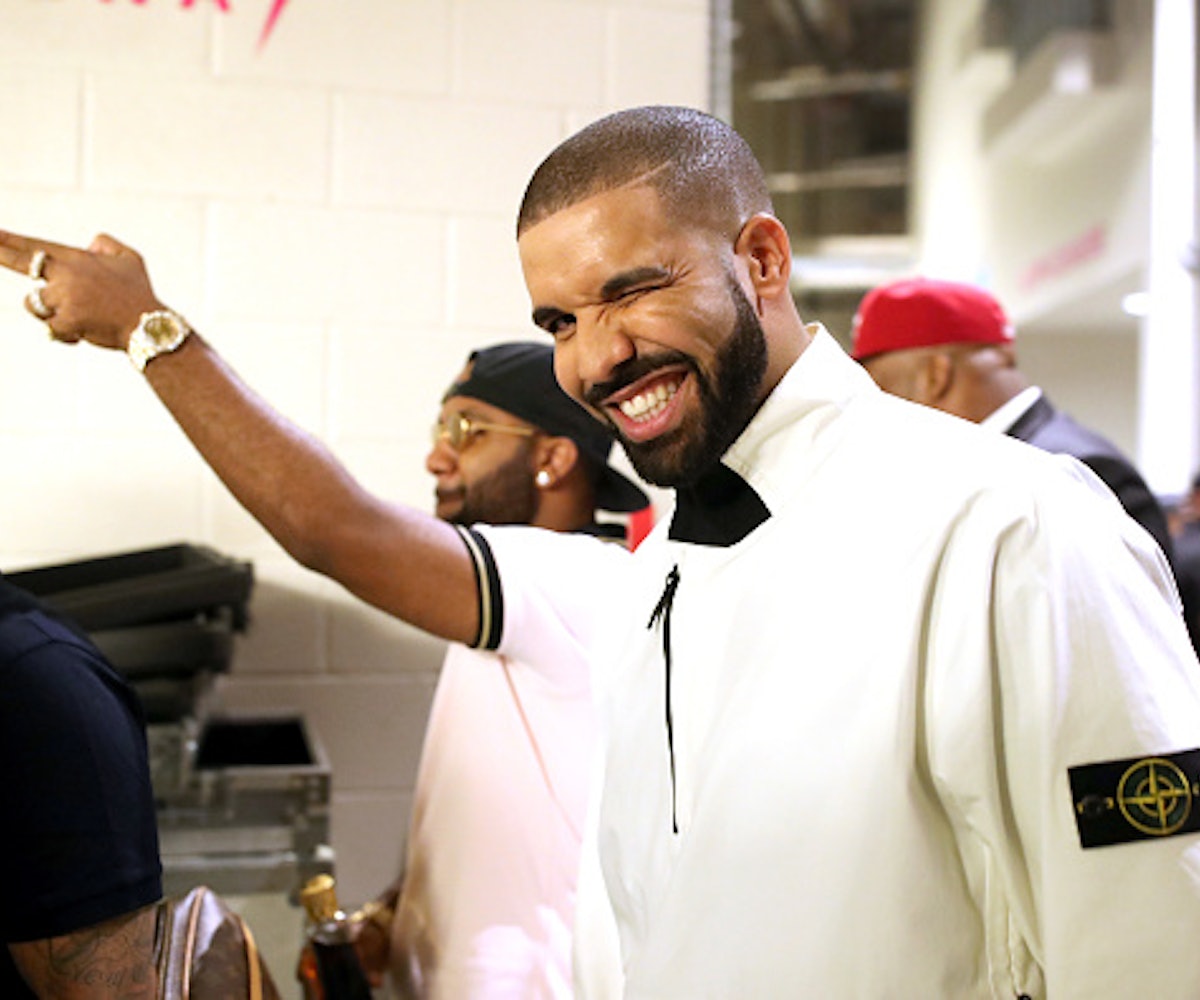 Drake and Migos' Offset teamed up with producer Metro Boomin to bring you the perfect song to slide into the weekend with. "No Complaints" comes just days after Drake's other new track "Signs" was released at Louis Vuitton’s Spring/Summer ’18 fashion show. "Signs" is now available on Spotify.

"At 17, I wanted everything that was in store/ At 23, I bought it all just to make sure," Drake raps on the new track. "Look at my face/ Up there with the greats/ Steps that I take/ You can't retrace/ Young Metro on bass."

Metro Boomin previously collaborated with Drake for What a Time to Be Alive. "No Complaints" premiered Friday as part of Drake's OVO Sound radio show on Beats 1. On Thursday, Metro hinted a new song would drop Friday night. "Tomorrow night #haterswillsayitsphotoshop," the producer tweeted, along with an image of the single's artwork.

"No Complaints" is available now on all streaming platforms. Check out the new song below.