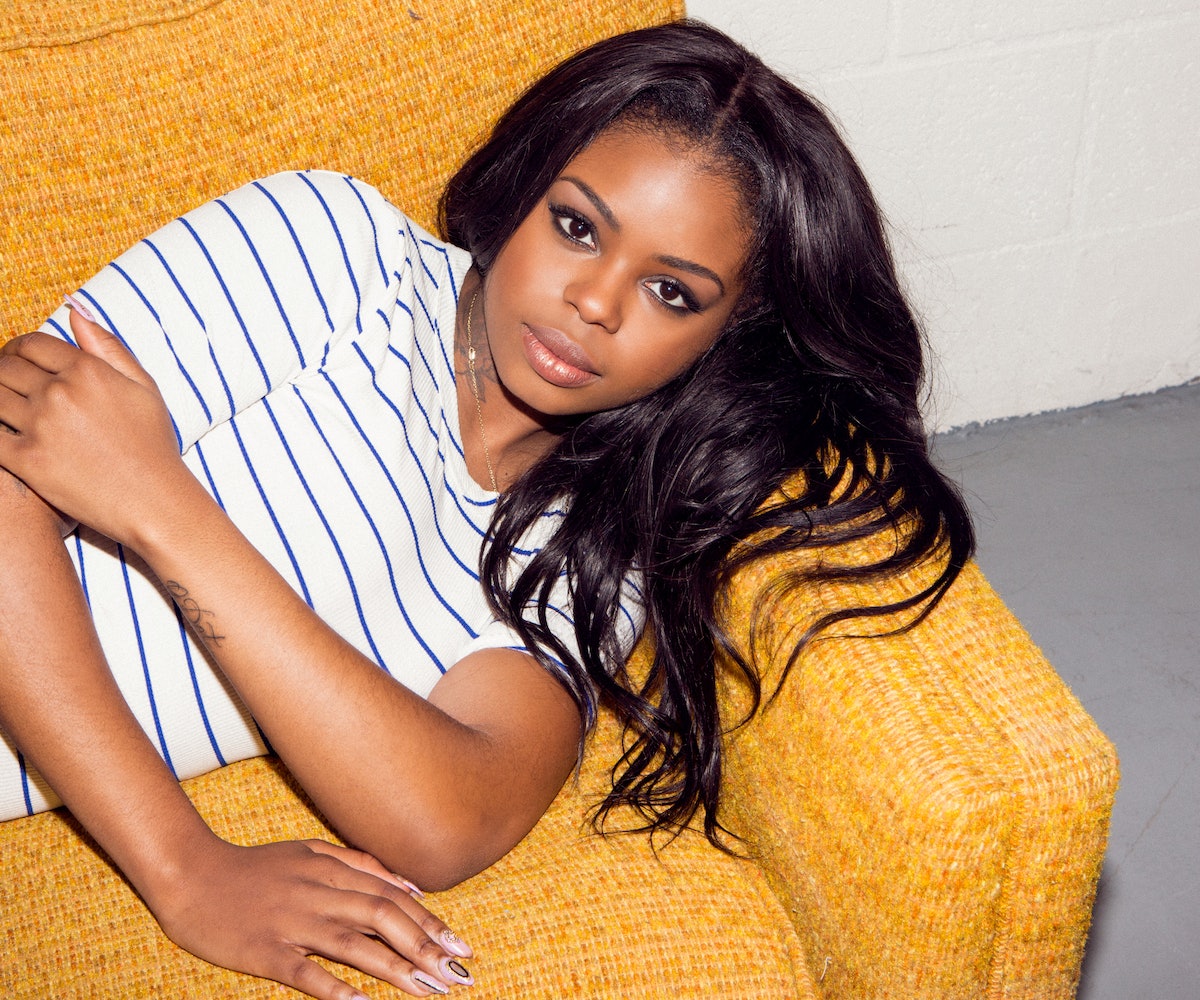 Listen to enough Dreezy songs—filled with swagger, biting barbs, and come-at-me confidence—and there’s little indication that the rapper-singer excels when at

her most downtrodden, but that she does. “I still get depressed sometimes, if I really think about it,” says Dreezy, born Seandrea Sledge. She’s calling from San Francisco’s 105.7 radio station and reflecting on her solo move from Chicago to L.A. last year to craft her debut album. “My friends, they all be turning up on Snapchat without me,” she says. “They probably wish they could come to Cali, but they can’t just leave.”

Dreezy is thriving in a major way despite being on her own, just as she did when grounded back in high school, using her time in bedroom-confinement to make her first mixtape. “You can put on any type of beat and I’m gonna come up with something to it,” says the 22-year-old, proving herself as adept at painting harsh portraits of her oft-violent Chi-Town upbringing in songs as dropping slinky, sensual slow jams like her new Jeremih-featuring single “Body.” “That’s who I am as an artist,” Dreezy says of her multidimensional material. “I’m cocky, but I still got a vulnerable side to me. I touch all bases.”

Dreezy describes growing up with a mother she often butted heads with and a strict father. The arts—poetry, dance, singing—provided much-needed stability while changing schools nearly every year. She bounced between her mom’s small apartment in the city and her dad’s massive house in the suburbs. “Most of the kids in Chicago, they probably the way they is because they didn’t get to see two different lives like I did,” she says. After her first mixtape brought her positive attention at school, Dreezy started seeing rap as both a creative outlet and a way to make friends.

“People started riding to school with it bumping in their cars,” she says, smiling. Her debut video for “Illest Bitch Alive,” released on YouTube, soon had upwards of 50,000 views. “I was doing numbers! I don’t know why! Soon I had my own clique,” she says. Eventually, titans of the city’s drill-rap scene—King Louie, Lil Durk, and Lil Herb—were working with Dreezy. It was her remix of Nicki Minaj’s “Chi-Raq,” however, that cemented her career path. In quick succession, Common put her on his 2014 album Nobody’s Smiling, and Interscope signed her to a record deal.

“Now that I’m on my own, I’m a little more mature,” says Dreezy, who these days is spending most of her time in an L.A. studio with producers like Terrace Martin, working on her album. When she does get a break, though, adjusting to notoriety is throwing her for a loop. “It’ll catch me off guard when people recognize me,” she says of being hit up by big-league talent like Trey Songz and Ne-Yo. But she’s far more concerned with reuniting with her Chicago crew back home. “I can’t wait till my people can be here with me,” says Dreezy. “When I bring my friends out here, we gonna go crazy!”