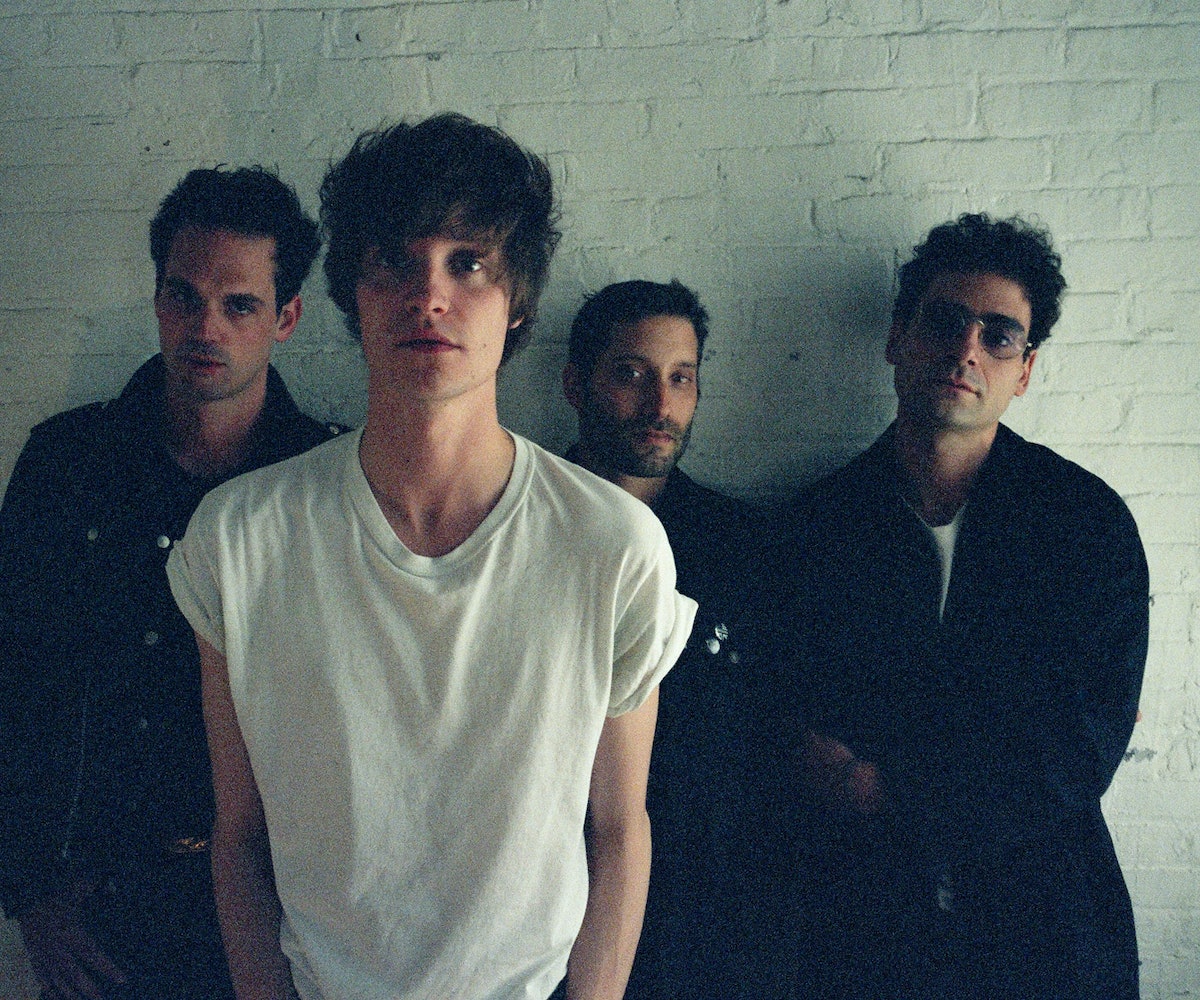 Drowners have a multi-layered pop-punk sound, the uncanny ability to breeze through shows at record speed (faster songs make for better dancing), and a list of famous fans that includes one Miss Alexa Chung. Needless to say, this New York City four-piece has been bubbling around the downtown scene since the band first formed in early 2012. And for good reason, because they're really good.

While it's not uncommon to see the crowds singing along to "Long Hair" at fashion parties and packed Mercury Lounge shows alike, lead singer Matt Hitt says that they're still picking up speed elsewhere--partially because they've just started playing in cities other than Manhattan. "To be honest, we hadn't really played outside of New York until about six months ago," he explained. "People only have the internet to find you, so it's crazy to see the audience singing along and wearing your t-shirts in places you've never even been before."

It's a great thing Hitt and the rest of the group--which includes guitarist Jack Ridley, bassist Erik Snyder, and drummer Lakis Pavlou-- are taking their songs outside city limits. After sharing the stage with everyone from The Vaccines to the Arctic Monkeys to our fellow band crush Skaters, these guys' live shows are a force to be reckoned with. "We go for a punk approach during our live shows, bashing it out as fast as possible," he says. "Probably because I'm socially awkward and don't do well talking between sets."

His solution to the awkwardness? "We kiss a black cat before we go onstage. OK, just kidding--mostly it's trying not to drink everything that's on our rider!" Clearly it's a perfect formula. Judging from our experience, these full-throttle performances just leave everyone else waiting patiently-not-so-patiently for more.

Until their new album drops in January, listen to Drowners here.