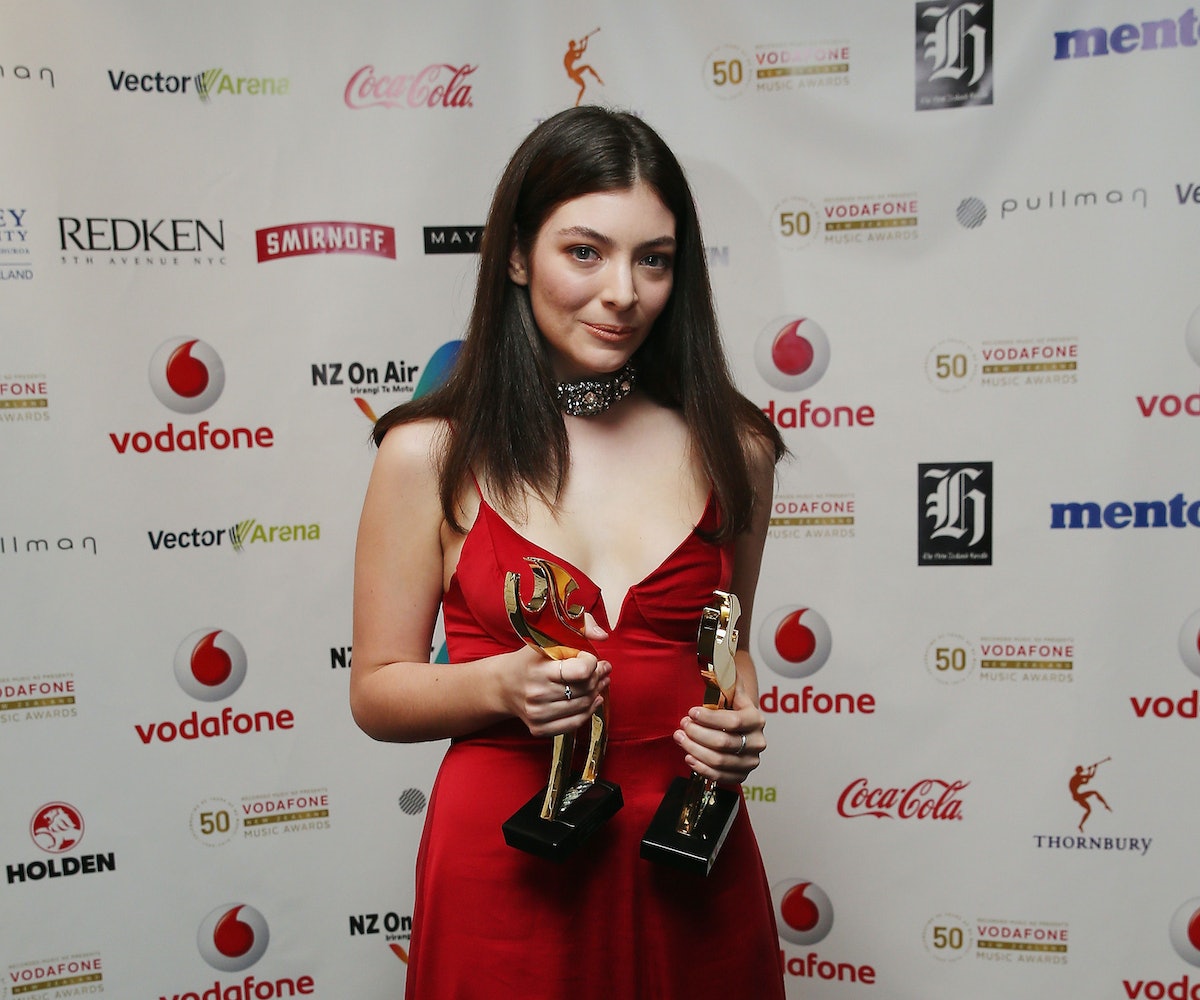 When Lady Gaga performed her highly anticipated tribute to David Bowie at the Grammy Awards, many viewers met the medley with raves. However, David Bowie's son, the filmmaker Duncan Jones, was less impressed. He immediately shared his disapproval with Gaga's effort by cryptically posting the dictionary definition of "gaga" on Twitter. So last night, when Lorde took the stage for her own tribute at the BRIT Awards, the stakes were high. Unsurprisingly, she totally nailed "Life on Mars," and this time, Jones agreed, expressing his gratitude to Lorde in a tweet.

Like Gaga, Lorde has gone on record, expressing the incomparable influence David Bowie has had on her as an artist, so it's no surprise she nailed the cover (also, it's Lorde.) For the record, Gaga's performance was just as memorable, and exactly what Jones found so distasteful about it will probably remain a mystery until the end of time.