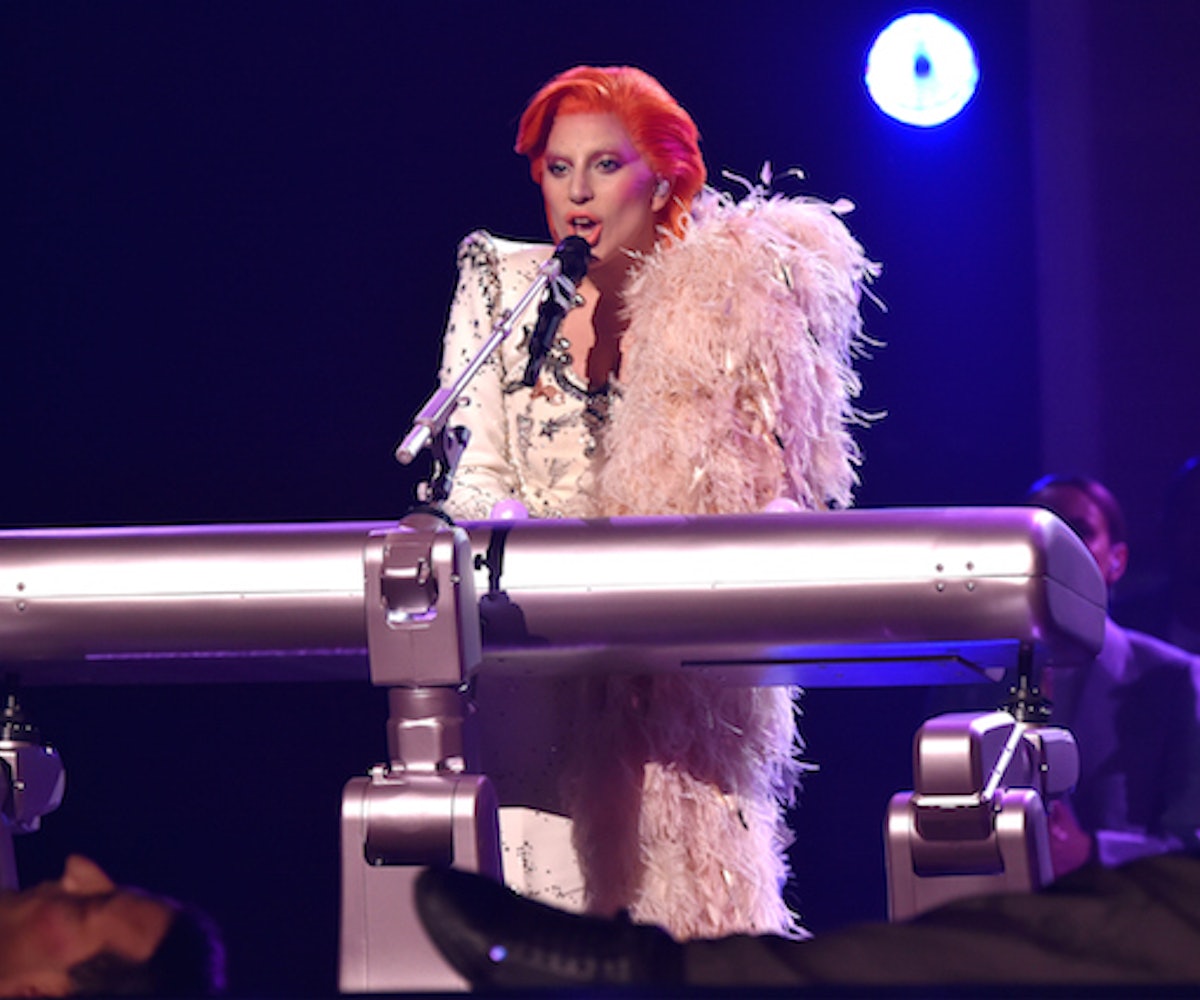 Check it out for yourself:

One who may not be chuckling, however, is Bowie’s son, director Duncan Jones. Around about the same time Gaga’s tribute performance hit the screen, the 44-year-old behind Moon and the upcoming Warcraft movie tweeted this.

Just to be clear, he’s quoting the Google dictionary definition of the word “gaga,” the first thing that shows up in your browser when you type, “gaga definition.” While no one knows exactly what was going on in Jones’ head, this at least looks shady. Suffice to say, the Twitter response toward Jones' tweet has been a mix of angry Little Monsters and appreciative Gaga haters.

Not to dig too deep into 138 characters, but maybe Jones was just generally unimpressed with the performance. To be fair, it was a little bit reductive and went a long way to promoting Gaga’s partnership with tech giant Intel. Maybe he’s just not a Gaga fan. Whatever it is, we sort of have to respect his opinion given that Bowie was his father—a father he just lost. Still, it’s shady and we’d love to hear more about why. Duncan, get at us.

NEXT UP
The Art Issue 2022
True Life: My Partner Is Obsessed With NFTs
Culture
Not One, But Two BTS Documentaries Are Coming
Culture
A Britney Spears-Inspired Musical Is Coming To Broadway
Culture
Spotify Wrapped Is The Only Social Media That Doesn’t Lie