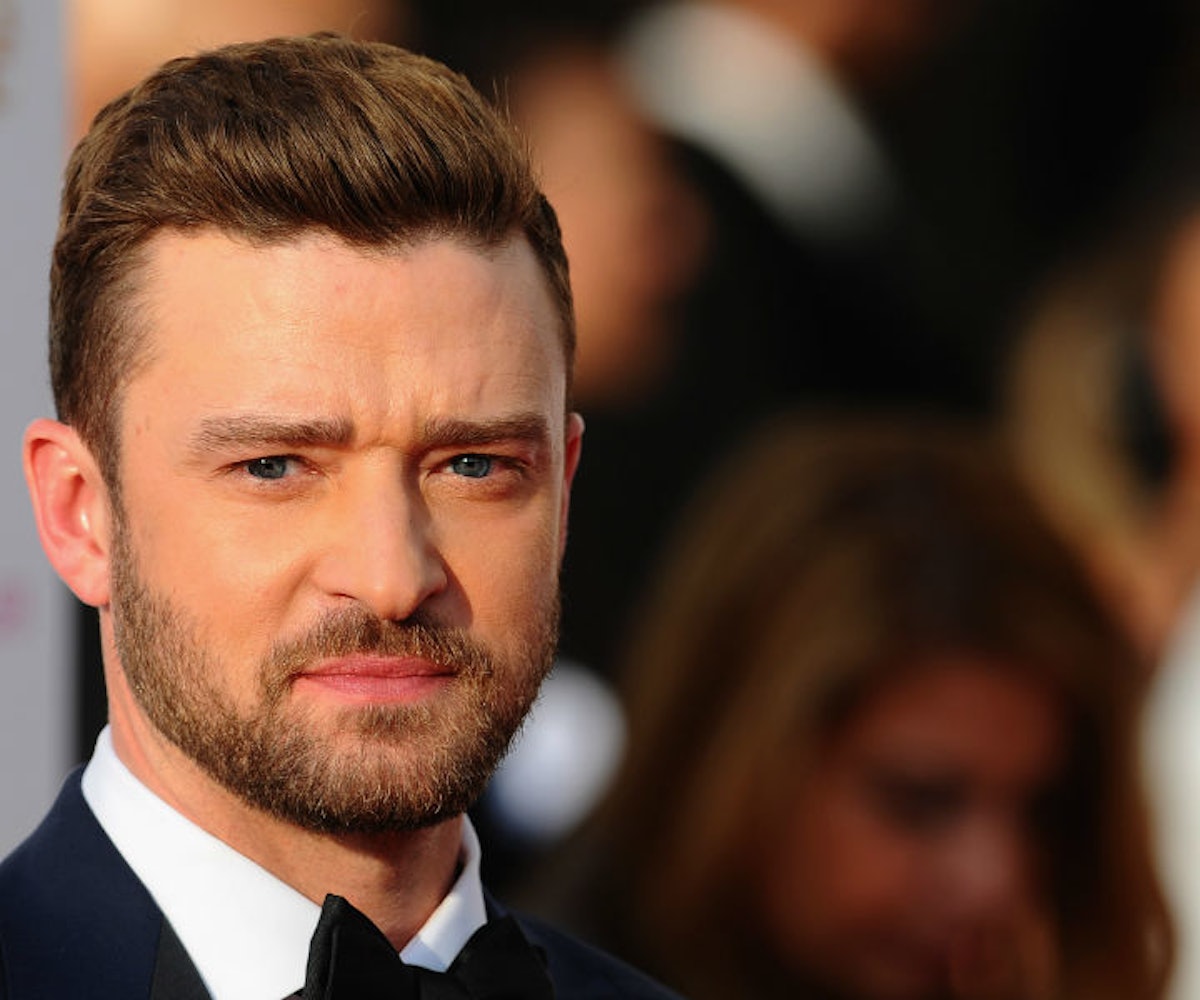 Actors and actresses are finally beginning to show remorse for having worked with Woody Allen in the past. Greta Gerwig said she would never work with the filmmaker again. Timothée Chalamet and Rebecca Hall are donating their salaries to Time’s Up, RAINN, and the LGBT Center in New York. Selena Gomez, as well, reportedly made an anonymous donation to Time’s Up (after questionably justifying her participation). These actions didn’t come without a couple of nudges—most of which were from Dylan Farrow, who alleges she was sexually abused by the director and her adoptive father when she was a child—but what matters is that they eventually owned up to it. There are a couple of stars still out there, though, who remain blissfully ignorant of their complicity, one of who is Justin Timberlake.

Timberlake posed a question on Twitter Tuesday afternoon. It asked: "Can someone explain the saying, ‘You just want your cake and eat it too.’ What else am I about to do with cake??” Farrow swiftly slid in with an answer: “The saying means, for example, you can’t support #TIMESUP and praise sexual predators at the same time. You can’t retain your credibility as an activist (i.e. - retain the cake) and, at the same time, praise a sexual predator (i.e. - eating the cake).”

Makes sense to us, but it probably went over the singer’s head given that he didn't absorb anything since his last controversial comment supporting #TimesUp and calling his wife hot in one tweet. His replies swiftly turned into critiques pointing out his hypocrisy. He had to have known this instance would garner similar responses, and yet he continues to bask in his ignorance.

“Also…I prefer pie, I think,” Timberlake went on to write on Twitter after he posed his cake question. Yeah, well, we prefer when celebrities don’t work with accused child molesters.