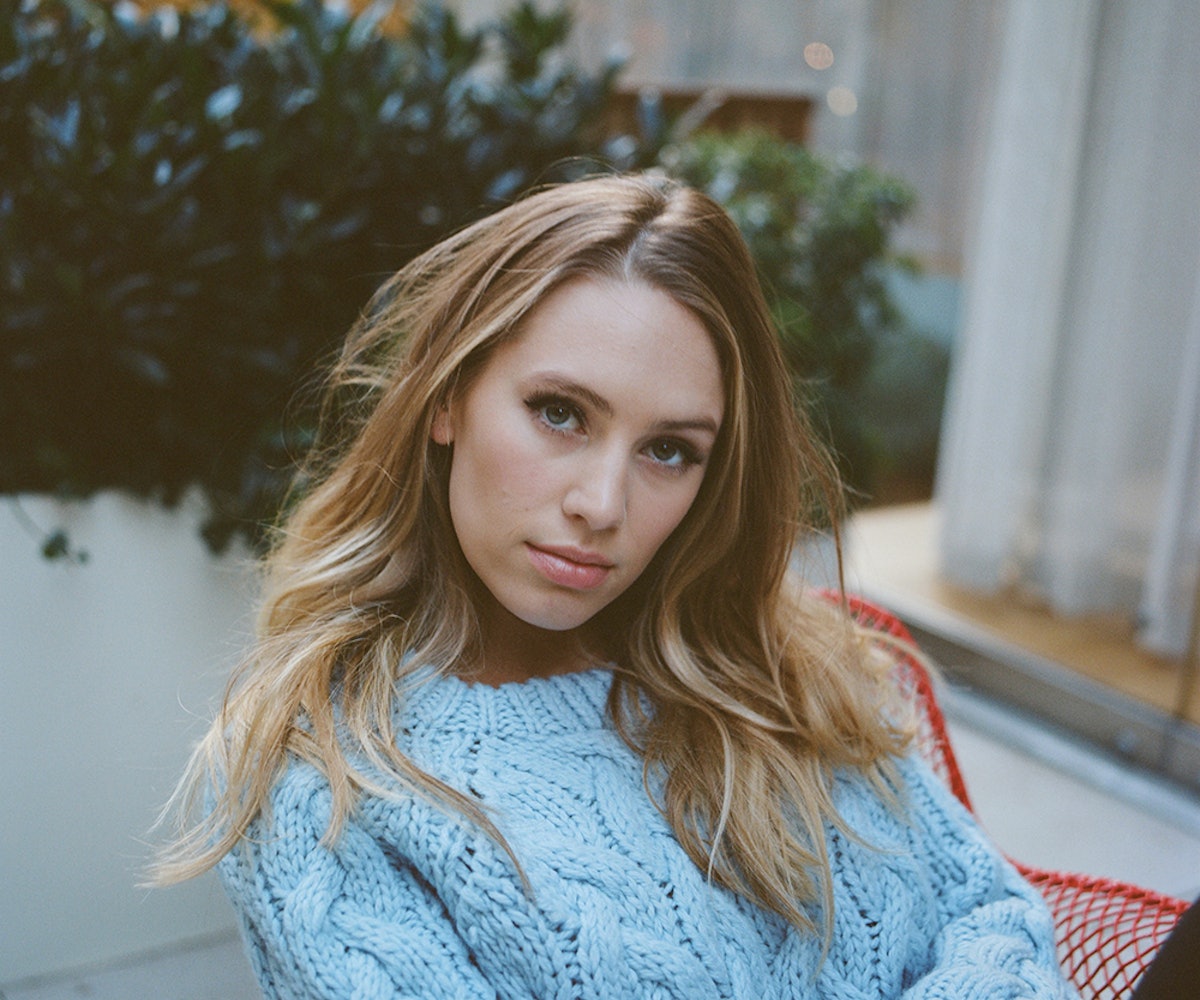 Maybe with movie-star parents like Sean Penn and Robin Wright, Dylan Penn was bound to find herself in front of a film camera sooner or later. She started out modeling, learned the camera loves her, and then found herself covered in blood and slime for her feature debut, the inventive horror-comedy, Condemned, in theatres November 13. In it, Penn plays Maya, a Midwestern runaway who moves in with her wannabe rock-star boyfriend in an abandoned building on Manhattan’s Lower East Side. (Do such things still exist? We think not.) While her neighbors include junkies, masochists, and drag queens by day, their wild side comes out at night when toxic chemicals turn them into bloodthirsty maniacs. Getting your start in a campy horror is basically Hollywood's version of a debutante ball.

On a low-budget horror flick, the set is a little different than those you’ve visited with your parents.

I kind of expected it to not be so luxurious. It was kind of great. I think all the actors and crew benefitted from that, 'cause it made it like we’re all in it together. We’re all on top of each other in this one building, nobody has a trailer or their own space. So it was kind of like being at summer camp, in a way. I don’t know if I want to do that every time when I make movies, but it was fun.

I doubt you’ve had neighbors quite as bad as the ones in the movie, but any come close?

The third place I lived in by myself, I was with two girlfriends in a house and both sides of our house were apartment buildings. One side was a self-proclaimed drug dealer and I was seeing drug deals being done every night, the pass off. And on the other side was this woman that was an older lady, very sweet but very nosey and constantly looking over, coming by our house. I think that scared me more than anything else.

Click through the gallery for more with Dylan Penn.

The junkie ex-model in the movie has that intense rant about rich girls like your character moving to New York and driving out whatever is interesting about the city. I guess I’d have to say that I was kind of one of those girls that moved to the city. I didn’t live here 15 years ago, but it’s fairly obvious to me that New York isn’t what it used to be, especially now the wealthy are taking over the city. Everybody else had to move to Brooklyn, and now that’s being taken over and rent prices are skyrocketing. I think it’s really sad the artist community isn’t able to live here because of financial status.

And you live in L.A. or New York? I live in L.A., but I’m back-and-forth a lot. They’re so different. I don’t even think you can compare. I’m such a California girl. I know I’ll always end up there. But New York definitely has an energy that L.A. doesn’t have. The people in general here are just cooler in every way—also, the fact that it stays open all night. Bars stay open until 4 in the morning instead of closing down at 2 a.m., which makes a big difference in how you live your life, and your nightlife and your social life is just different here.

Do you go out a lot? What are your favorite hangouts?I guess I really love what Ken Friedman and April Bloomfield do together. I’m in, The Spotted Pig, The John Dory, The Rusty Knot is one of my favorite bars; Happy Endings, where you can go dance to old-school hip-hop.

When you were in L.A., I understand you were a pizza-delivery girl on campus at UCLA? That was definitely a humbling experience. I thought in the beginning a female pizza delivery girl would at least get a dollar tip, and that was not the case with UCLA students. I delivered to many stoned boys at frat houses and a couple of times I was mistaken to be a stripper dressed as a pizza girl. Other than that, I was happy to have the job. I needed the money, but it was not my favorite.

One of your first gigs on camera was last year’s Nick Jonas video, "Chains."I really love that song. That’s kind of what made me want to do it more than anything. I think he’s a really talented guy. I think it’s great that he’s able to break out on his own. Working with him is great. He’s very professional. He’s obviously a seasoned veteran of the business, although he’s so young.