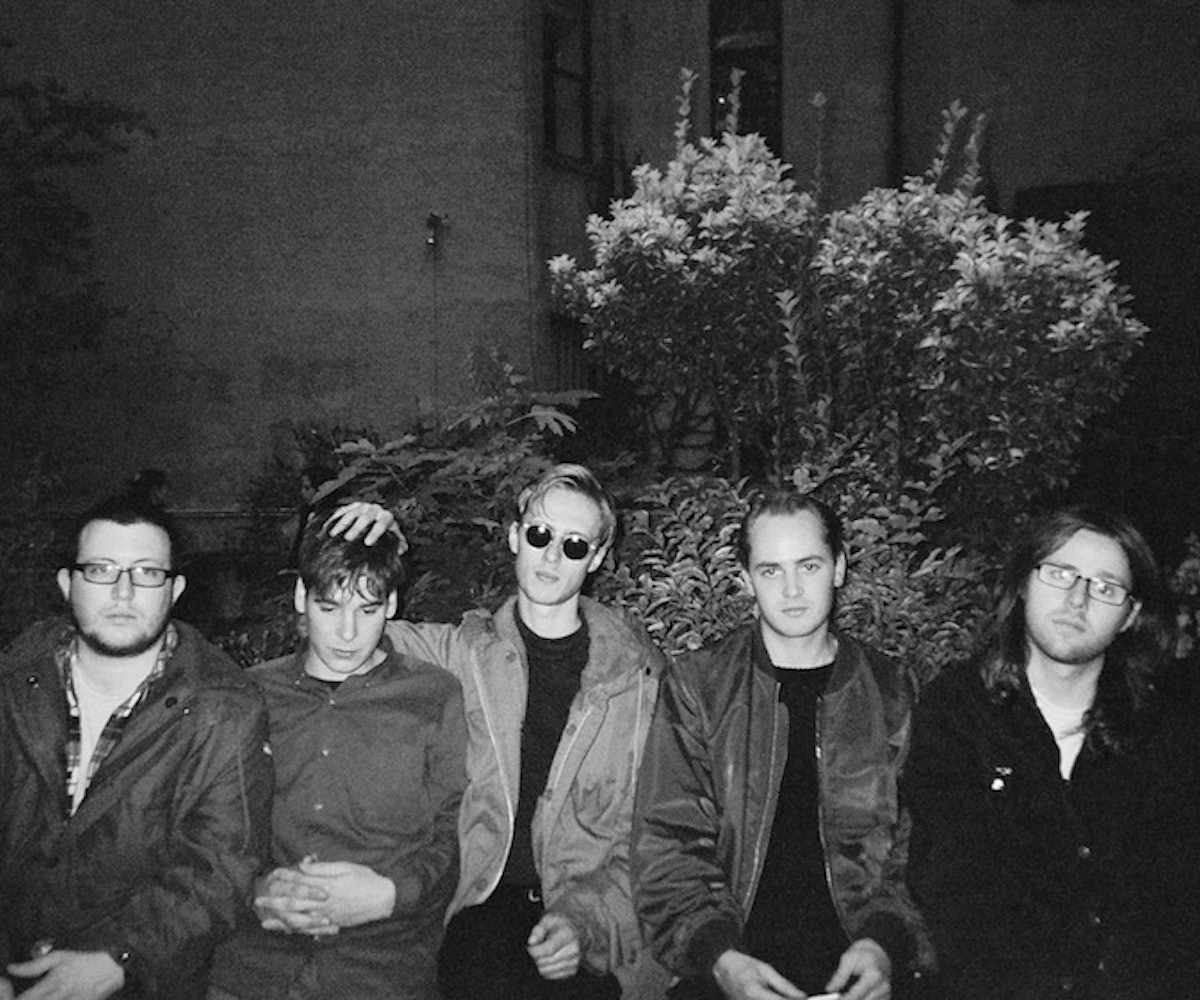 Everyone's had them: you know, those nights that start out sort of "meh," but then before you know it, they've taken a totally off-the-wall spin. They might be crazy, but at least they're always unforgettable....right?

An intoxicating blend of "F*** it" rebellion and spontaneity, when you take these feelings and bottle them up, that's exactly what Eagulls sound like. The Leeds fivepiece has a rough-and-tumble punk sound that riles you up immediately--so get ready to bounce off the walls (or at the very least, start dancing like a maniac). And according to vocalist George Mitchell, this physicality just comes with the musical territory.

"We've had some crazy shows, but the craziest one was probably here in Leeds at our EP release party," he explained over the phone yesterday, laughing. "It was completely filled out and someone broke their ankle; someone else might've broken their leg. It got wild." The guys' trademark "go big or go home" attitude hit America this fall when they rocked CMJ.

But while the band's gritty nature definitely has a place on sweaty dance floors everywhere, it's just as catchy the morning after. Singles like "Nerve Endings" and "Tough Luck" are filled with in-your-face choruses and rumbling guitar riffs, a total explosion of pent-up energy that's coming at you soon. The boys have been busy unleashing their defiant sound upon the masses and are gearing up to release their debut self-titled album this March.

Until then, though, they're going to be plotting their tour must-visits, like Primavera Festival ('We want to go to there since that's where we decided to be a band,") and returning to New York. "We tried to make the most of New York when we were there for CMJ, so we found the fire exit of the place where we were staying and just chilled and partied on the roof." Somehow we're not surprised. Next time, can we come?

Find out more about Eagulls here.