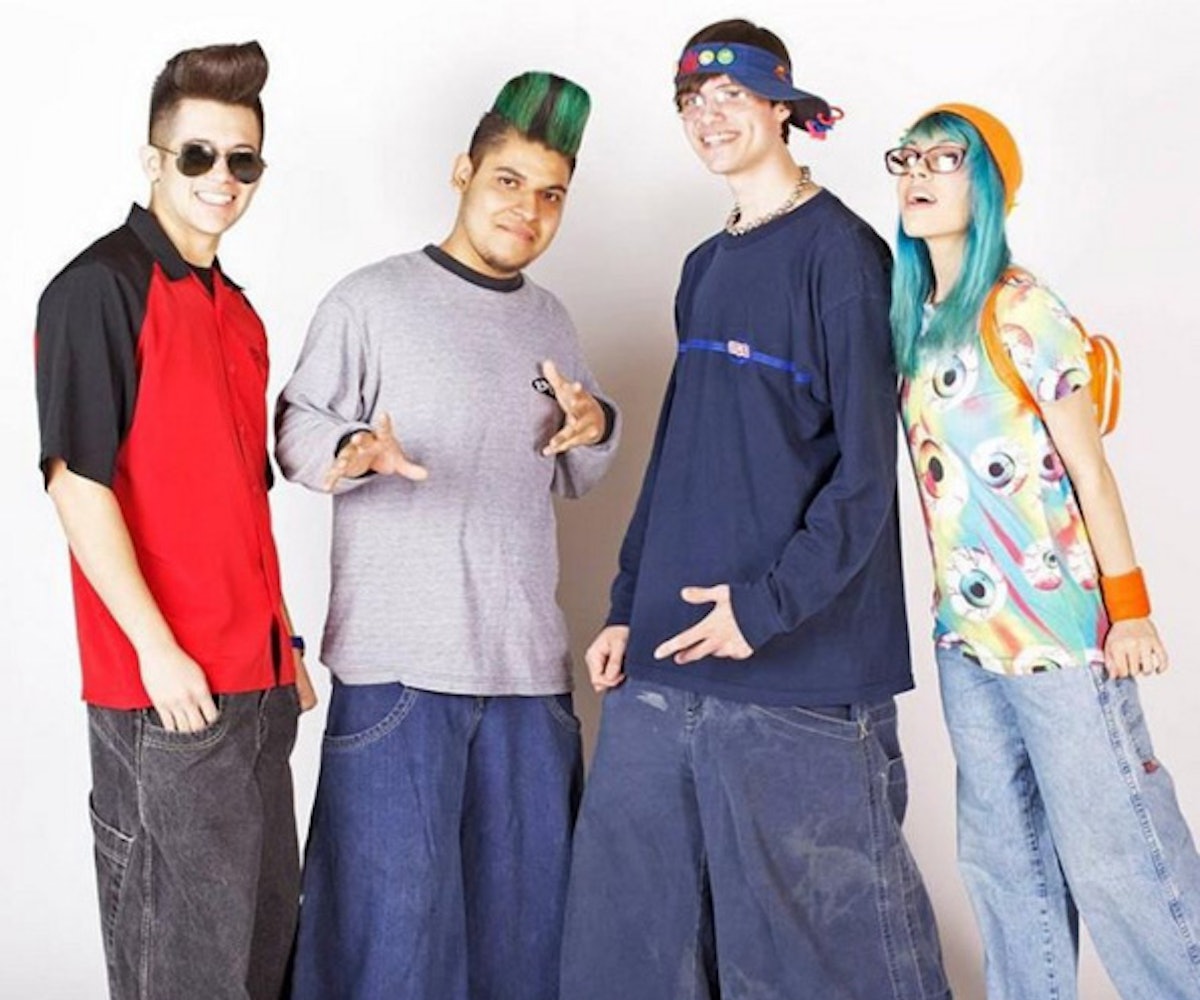 They say all good things must come to an end, but we’re calling B.S. Even if said things weren’t all that good, they will disappear for a bit only to return with a mean, nostalgic vengance. It’s happened with UGG boots and it’s happening with JNCO Jeans.

Those heaping sacks of denim ‘90s kids called pants are being sold as a “heritage” collection. This is great for those interested in storing their iPads in their back pockets or hiding the UGG boots they’re wearing in a nearly two-feet-wide sheet of jean. (Though, if one were to dress like an early Aughts Tumblr collage, why bother hiding the boots?)

Along with JNCO’s return, Napster is coming back, too. It will actually be legal this time and only Canadians can use it, but hey; that means it’s only a matter of time before its impact is felt State-side. Now, JNCO and Napster are among the ranks of other old-school brands vying for that nostalgia win like Limited Too and dELiA*s. What’s next? Kazaa? Away messages? Pokémon cards? Lisa Frank? Oh please let it be Lisa Frank.