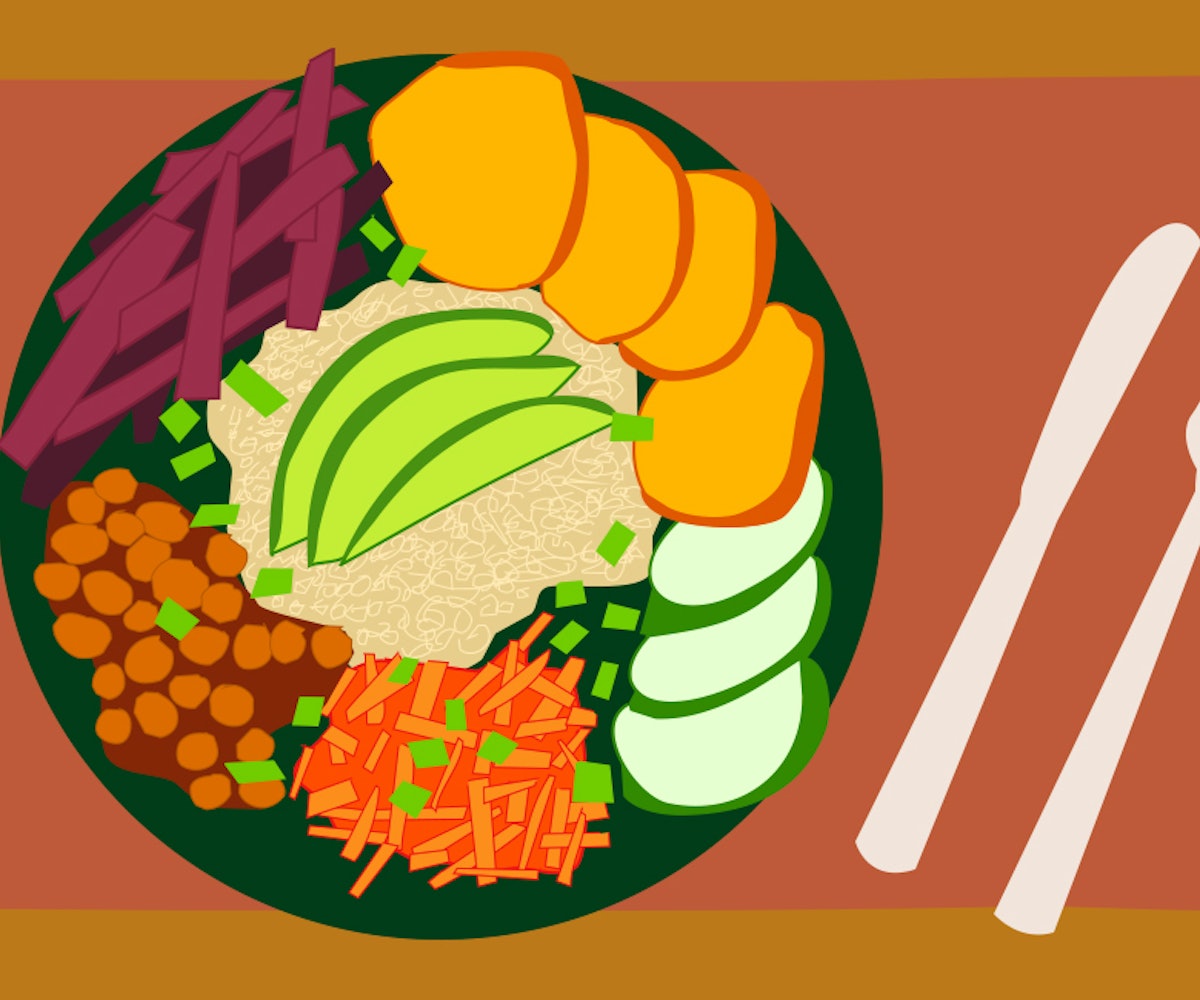 Since I decided to become vegan earlier this year, I’ve been on a mission to steer clear of turning into that vegan. You know, the one who basically makes their dietary preference into their personality, who doesn’t stop talking about the benefits of cutting meat and dairy, and who asks every waiter about the ingredients of every single item on the menu. As a result, I started preparing food at home, and only dined out when vegan options were clearly labeled (and since I live in New York City, I'm lucky enough to have tons of options). But when I travel, whether for work or for fun, I find myself struggling to figure out where I can eat, and what to eat while I’m in a place without clear vegan options.

This happened to me on a recent trip to the SLS Baha Mar in Nassau, Bahamas. While there were tons of places to eat in the resort, I found myself stressed about what dishes were safe bets at every single restaurant—until I realized that my stress could be alleviated by just asking how to best eat vegan while traveling.

To get some tips, I spoke with the SLS Baha Mar’s executive chef, Jorgge Colon, about the experience of serving vegan eaters and what vegans may want to watch out for. According to him, it’s not annoying at all for diners to ask the waiters and chefs if dishes would work with their diets (*big sigh of relief*). In any restaurant, the staff is most focused on making sure that everyone has the best experience possible—and if that involves a slight modification of a dish, then so be it.

Open communication about your needs, Colon stressed, is most important. “Try as much as you can to have your meal accommodated to be vegan,” he said, assuring me that it’s likely very easy for a chef to vegan-ize a few items on each menu. “Just by removing one ingredient, you could have a similar experience as a non-vegan person,” he told me, noting that the changes are often very minor. However, Colon said, there are dishes that can't be made vegan. Some plates rely on certain non-vegan ingredients for their taste, so it’s crucial to ask waiters and chefs their opinion before opting to vegan-ize something.

Another tip that Colon offered is to be cautious of non-vegan ingredients that may be hidden in the sauce or garnish. Some dishes that seem like they would be a good fit for vegans might actually have a meat or dairy ingredient that isn't immediately discernible. Colon noted that there is a vegetable tajine at one of his restaurants that seems like it would be a good option for vegans, but actually includes chicken stock in its sauce.

Colon notes that the wait staff and chefs at any restaurant should know about the ingredients that make up each dish and the specifics of many diets—vegan, vegetarian, paleo, keto, and the like—not only so that they can offer their knowledge to those with dietary preferences, but so that they can also accommodate people with allergies. “The whole menu has an allergy chart as a reference,” he says. “So that way, if there's a vegan diner, the staff knows what they can and what they cannot eat.”

Before your trip, a simple thing you can do to ensure there will be options for you at the restaurants you select is to pre-plan which restaurants you want to visit and ensure that there are options for you. Researching the menu and knowing how many options you may be able to have before you even step into the door is better than walking into a restaurant with no clue what they serve. Being prepared also allows you to know exactly what to ask your server about, should an issue arise.

What Colon couldn’t stress enough, though, was that communicating your needs to your chef or waiter is key. Even if you’re going to a restaurant while vacationing that doesn’t have obvious vegan options, there’s always something that can be done to ensure that you can actually eat something off of the menu. “I really encourage vegans that are on vacation to ask their server how we can accommodate their needs, so that at the end of the day—whether vegan, vegetarian, paleo, whatever—you have the same experience as a person who is not adhering to any special diet.”