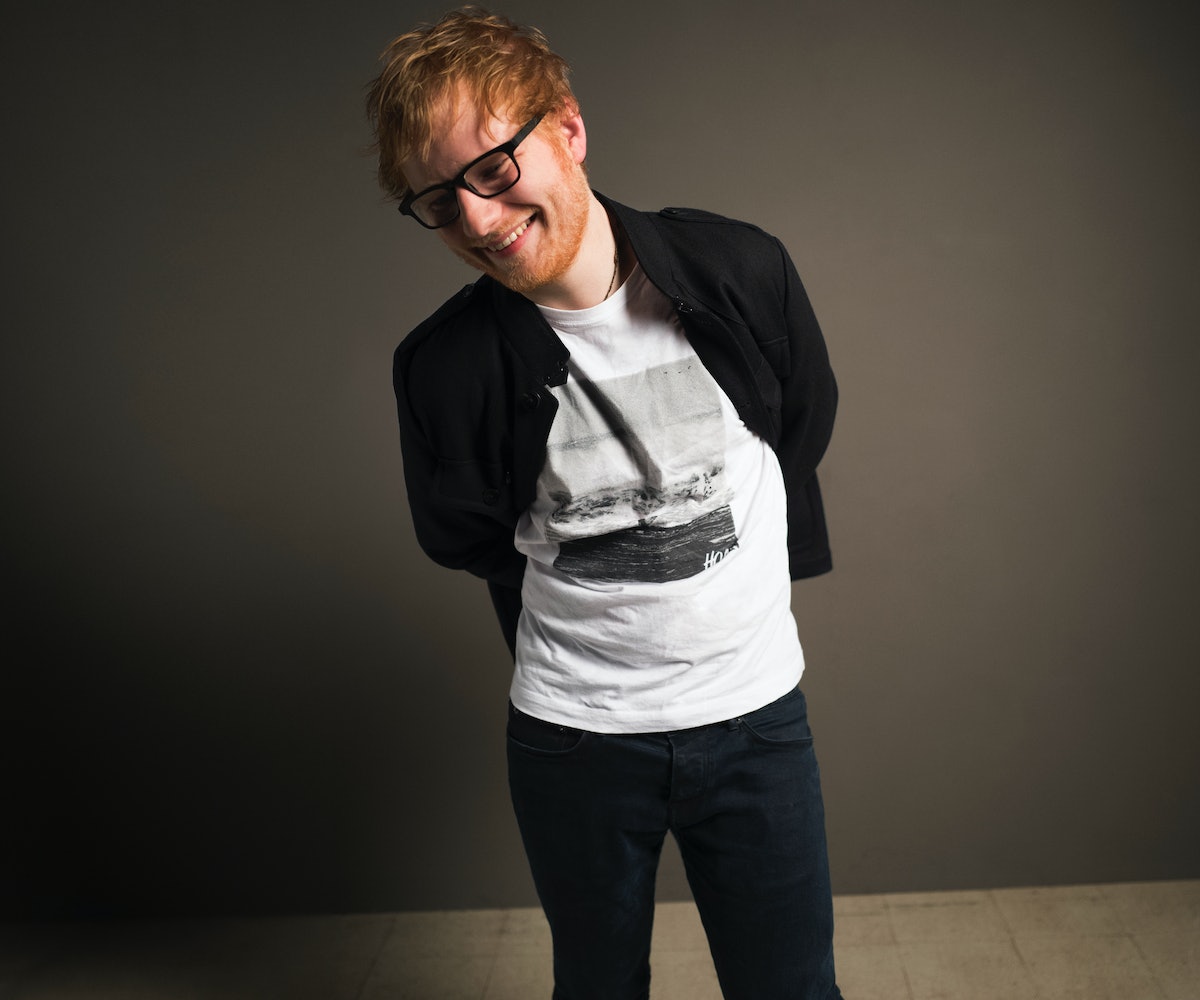 Leading up to his grand return to music, Ed Sheeran took a page from some of his contenders by going on a year-long social media break. Three weeks ago, he resurfaced from his hiatus with a mysterious shade of blue. Now, all of the pieces are coming together with his newly released singles, "Castle on the Hill" and "Shape of You."

It only takes a mere five seconds into "Shape of You" to notice that it has a Sia ring to it. The production has a striking similarity to the singer's hit single "Chandelier," which was originally written for Rihanna. Apparently, Sheeran also had Rihanna in the back of his mind when he penned the tune. "The club isn't the best place to find love/ So the bar is where I go/ Me and my friends at the table doing shots drinking fast and then we talk slow," Sheeran sings in the opening verse. No disrespect to Sheeran, but it's really hard to picture him in a club setting. He's not exactly the guy you call for the turn-up, but maybe that changed during his time away.

"Castle on the Hill" is more reminiscent of what we're used to hearing from Sheeran, as he narrates anecdotes from his childhood in Suffolk, England. You can really envision the greenery of the countryside as he describes mountain grass, the roaring fields, and "running from the law through the backfields and getting drunk with my friends." If this gets turned into a music video, we fully expect to see Sheeran strumming an acoustic guitar on the top of a hill as the sun sets.

Following in line with his usual theme of mathematics, Sheeran's third full-length record is appropriately titled ÷ (Divide). When combined, the artwork for the singles makes the division sign. The album release date has yet to be confirmed, but there's no doubt in our minds that it will drop this year.

With Lorde on the brink of unleashing her long-awaited sophomore album, we're sure that their mutual BFF, Taylor Swift, is ready to release something major too. (Great minds think alike, or something.) Stream Sheeran's new tunes in full, below.