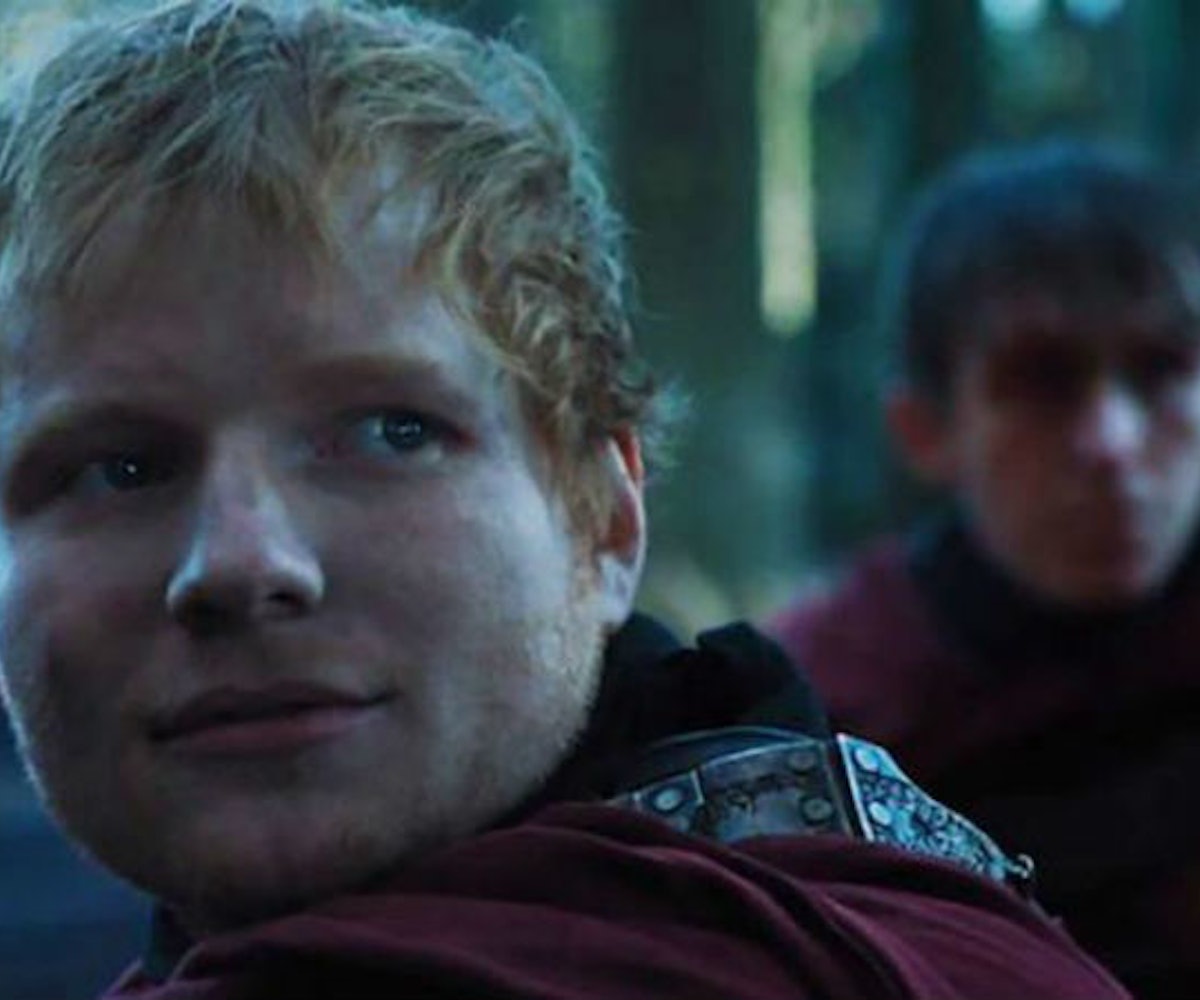 Last year, Ed Sheeran made an unexpected appearance on the seventh season of Game of Thrones. He played a wandering musician protecting the Riverlands who sang a tune and drank some wine. Simple business! And though his cameo was brief, it still riled some people up—which the artist is well aware of.

In a recent interview with Buzzfeed (featuring some adorable kittens, because Buzzfeed), Sheeran talks about what he thinks happened to his character on the show. He says that he believes he’s still out there, “chillin',” but he also knows a lot of Game of Thrones fans probably hope that he was “brutally, brutally murdered.” He says being on the show was fun, but he agrees with those opposed to his cameo. “I definitely think they should’ve killed me off in the episode,” he says. “I reckon that probably would’ve been the redemption for people that didn’t like it.”

We agree with people’s criticism that celebrity cameos are stupid and take you out of the fictional world. That’s valid! But Sheeran’s cameo was so short his killing would’ve seemed insignificant. Then again, the show kills off characters just as quickly as it introduces them, so what’s one more murder to add to the list? Who knows, maybe fans will get what they want when the show finally returns.