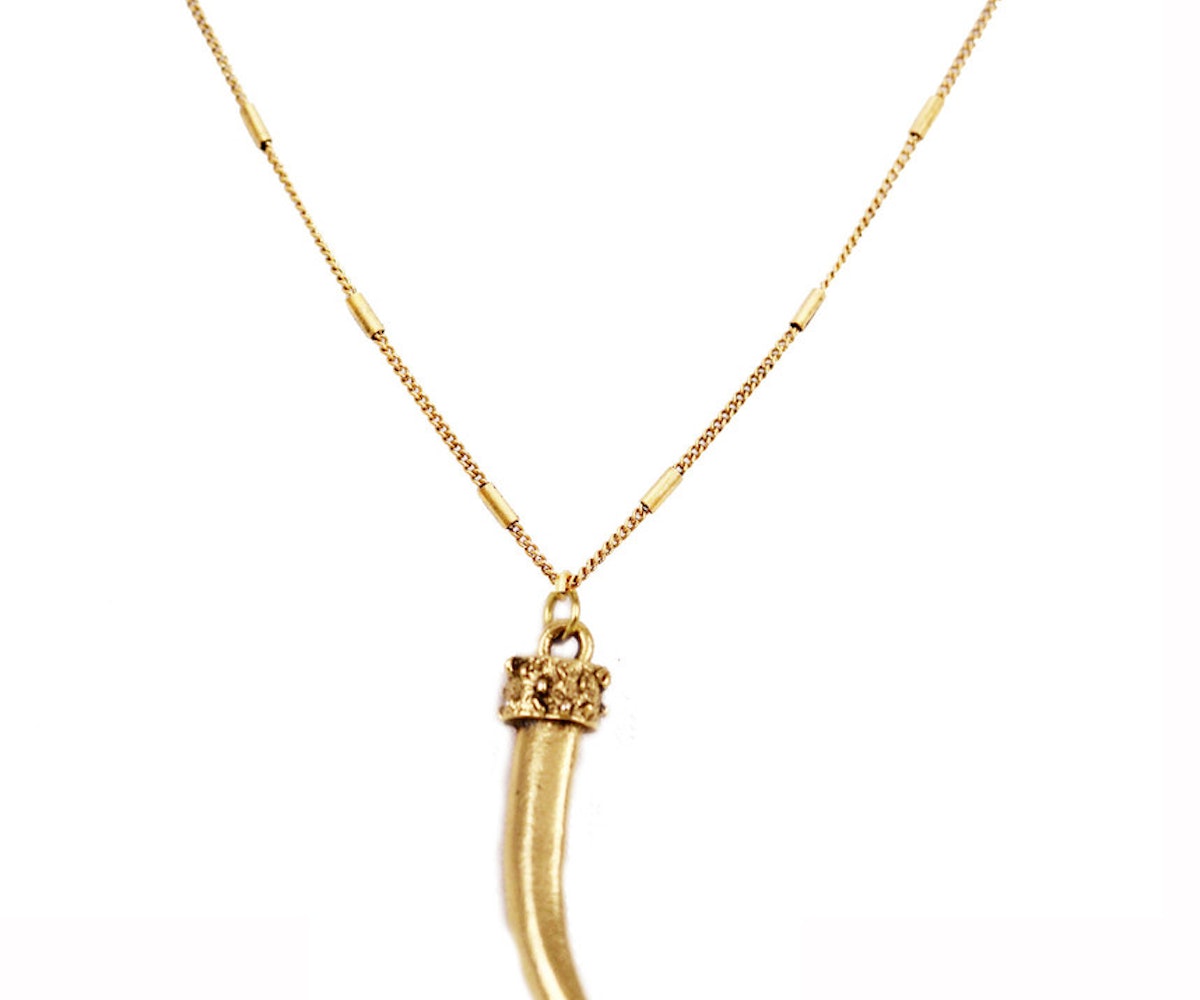 I was a total tomboy when I was little, from playing wiffle ball with the boys to digging in the dirt for hidden treasures, everyday looking for something way cooler than just sticks and stones--a time capsule, an arrowhead, somebody's buried LEGOs. My favorite Disney movie was Pocahontas, so I think she inspired me to be outside on the reg and get all one with nature. I never did uncover any gems, and eventually stopped exploring in the dirt when nail art became more of a priority.

Now, I dig through sales at Wildfox and Urban Outfitters. Today, my daily hunt for a shiny new treasure ended at this gold-plated tooth necklace--the grown-up version of everything I ever wanted. It's safe to say I'll be wearing this everywhere: on overalls, on dresses, on my pajamas--ruling the world like a boss princess.

NEXT UP
Fashion
Bottega Veneta Just Dropped The Next It Bag For Spring
Fashion
Olivia Rodrigo Wore A Sheer Slip Dress To The 2023 Grammys
Fashion
Apple Martin Is A Chanel Girl Now
Culture
The Cutest Couples At The 2023 Grammys
Style + Culture, delivered straight to your inbox.