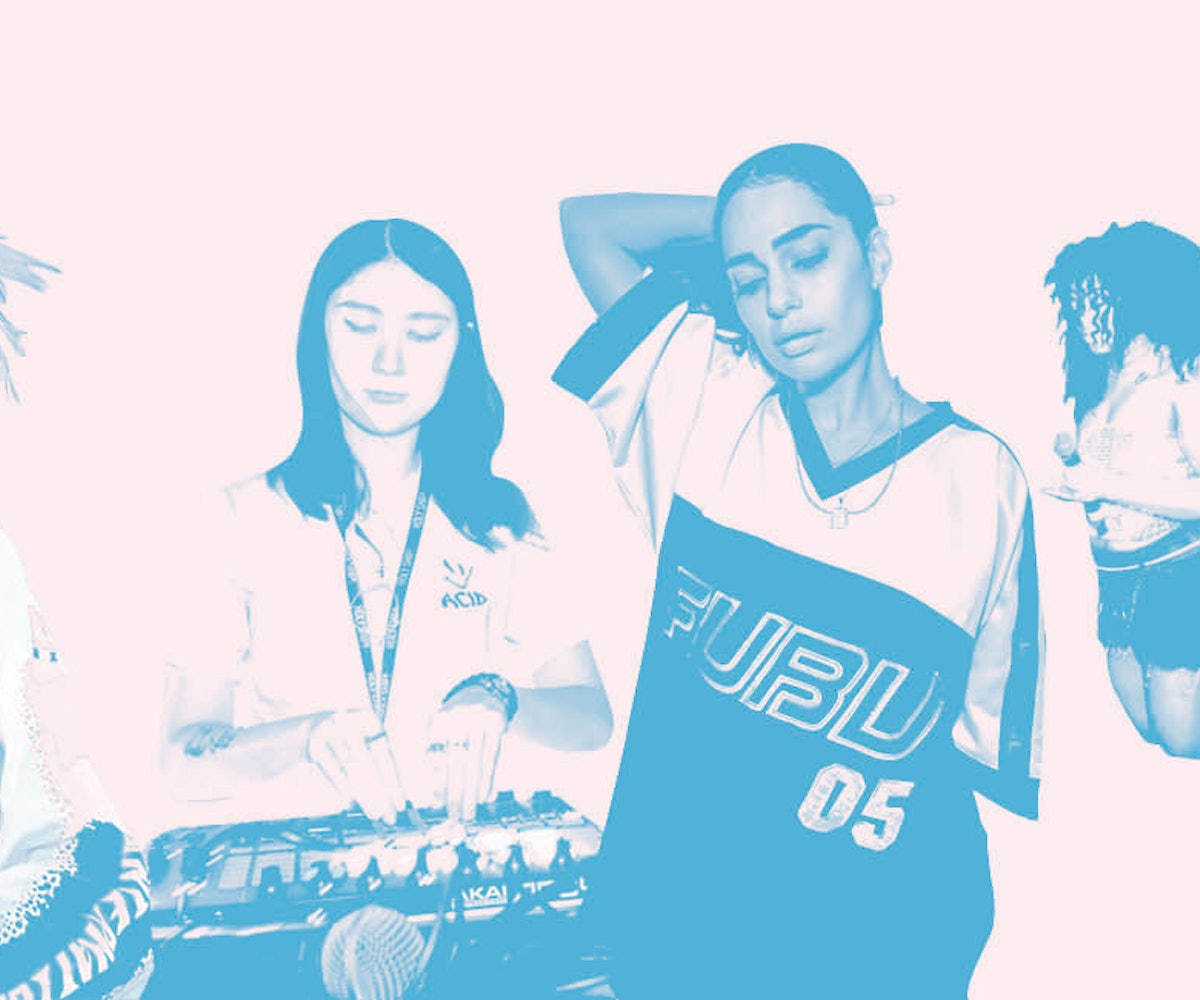 It's a lucky person who has a family to champion them. Sometimes people are born into a family like that, other times they make it by building a community to uplift, support, and hold them accountable. This type of bond runs much deeper than camaraderie—it becomes a new type of home. And one such home can be found in the loud, thumping world of electronic music.

The rise of music festivals that are often filled with EDM acts has fostered such communities. From fans to artists, managers to writers, the scene pulses with a sense of pride that's rooted in unity. "No one is actively trying to screw people over," Lauren Abedini, aka KITTENS, tells me onboard Holy Ship!, a festival that is easily the strongest testament to the EDM family mentality. "Of course, there’s an element of subconscious competition and artistic envy, but everyone I've met and know of is able to navigate around that and not let petty bullshit get in the way of the one thing we're all trying to do: create an escape."

GG Magree, the new Aussie on the block, puts it this way: "As musicians, producers, and DJs, we have the power to bring happy energy to people who may be feeling some type of way. We can make really positive, uplifting memories for them."

It is hard to argue with that. Electronic music is a vessel for all types of genres; one moment, you're two-stepping to a beat, and the next, you're fist pumping to some remix of Handel's Messiah. It's a world without limitations, whose artists are free to be as creative, as innovative, or as retro as they want. The key to unlocking their success is, at the end of the day, supporting each other.

For New Jersey club queen Uniiqu3, it took years of venturing into New York City's underground scene, stalking, as she says, female artists who were doing the damn thing. "I didn’t see many females DJing in the Jersey scene, so I looked elsewhere," she says. "I saw a whole bunch of girls in New York, like Venus X and Jubilee, who I eventually approached and said I wanted to play their parties." (Liquid courage, she says as an aside, may or may not have been involved.) "Both of them wound up supporting me and really opened the doors for me, because, after that, I just found more girls, like Anna Lunoe and Nina Las Vegas. I didn’t feel alone anymore."

It's in artists like Uniiqu3 that people see possibility. She's the first black female DJ to ever play a festival like Holy Ship!. "I started to realize I was making an impact on people after I started seeing more female DJs, specifically black female DJs, on the East Coast," she says. "Before, I didn’t have that many girls who I could collaborate with, but now, I have a list of so many. Girls are coming up to me, doing what I did to Venus, asking for advice." It's a responsibility Uniiqu3 didn't necessarily see coming so soon but one, she says, she's ready for because she, to put it bluntly, "wants to open doors for other girls to do cool shit like this."

That element of fostering community and family through education is the blood that keeps the ever-growing EDM family heart beating. It's deeper than the music. Abedini's new PWR initiative is a prime example. She's taken it upon herself to give back to the community two-fold, through mentoring aspiring female DJs and raising money for local women's shelters. "I make an effort to empower these women and help them make that first step and not be scared to suck for a little while because I didn’t have something like this growing up," she says.

For Qrion, women like Abedini, Uniiqu3, and GG are living proof it's possible to thrive in the EDM world by sticking to your own guns. (As GG says, "If someone fucks with you as a person first and then your music second, that’s the key.") Qrion is fairly new to the scene and comes from a small town in Japan. She's a bit of a rebel when it comes to her life trajectory. Back in Sapporo, she tells me, everyone is expected to go to university, get a job, get married, buy a house, and have kids. Her decision to scratch her itch for electronic music and move to San Francisco took courage. But the EDM family has, as always, rallied behind her work.

"It's so special when you find people who fuck with your shit," GG says, adding that almost everyone in her world does. Because at the end of the day, electronic music is rooted in nightlife and club culture where everyone, from artist to club kid, leaves their worries at the door for a night of escape. It's a space in time where you're allowed—even encouraged—to be weird. "If you’re just a person who’s on top and pushing people away, you’re not building a community and helping the new generation," Abedini says. "You have to give back." And in turn, the community gives back in PLUR: peace, love, unity, and respect.

A chosen family is but a doorway away. All it takes is the courage to step beyond the velvet rope and into what Uniiqu3 considers to be a church for kids of all ages: the club. Only, there is no membership fee or bougie rules in these clubs. "It's for everybody," she says. Just how it should be.