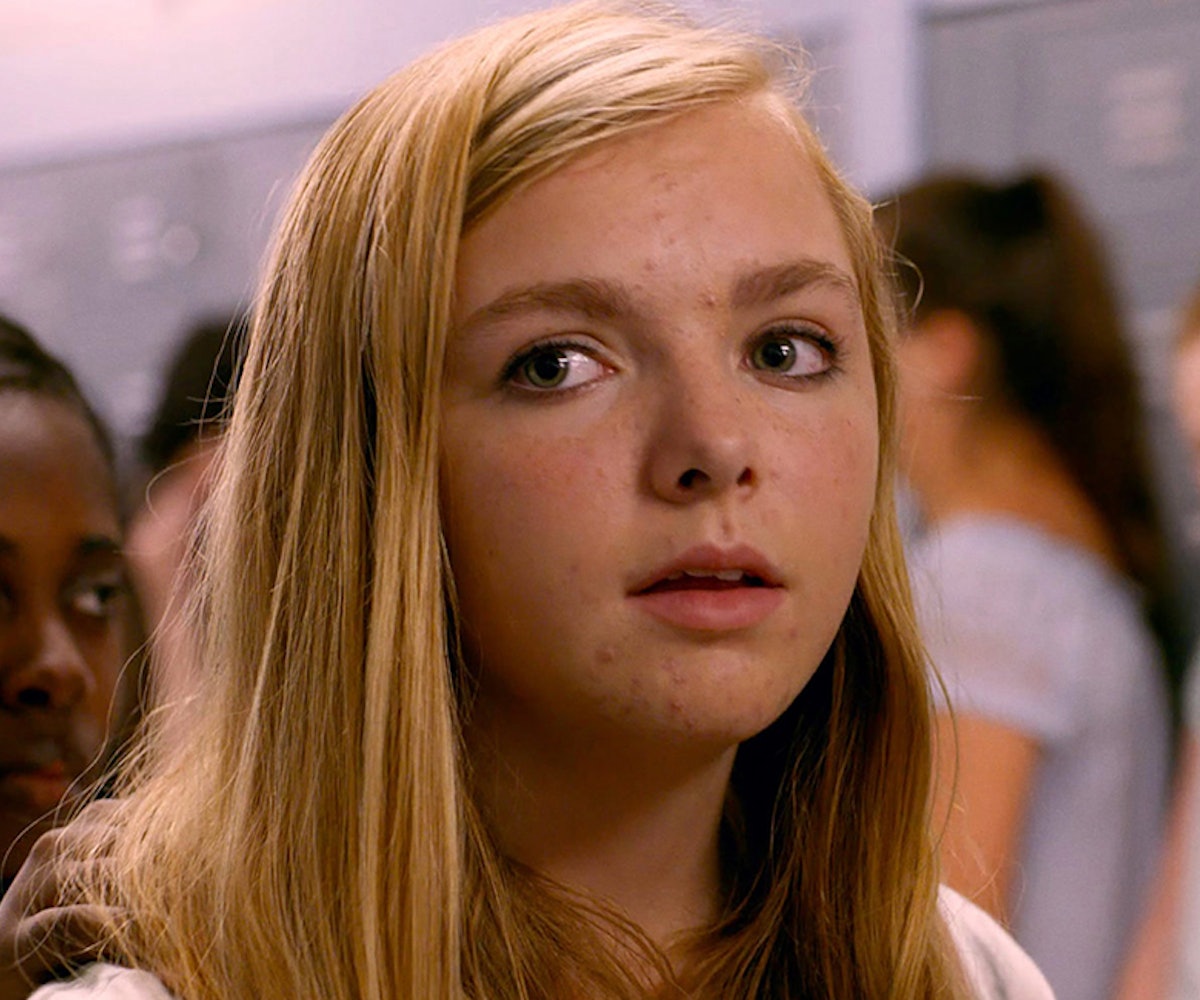 Does it ever feel like at least 90 percent of cinema’s teenagers are in their last two months of senior year? This is not literally true, but certainly a preponderance of movies about teenagers focus on late-high school rites of passages like prom, graduation, or college applications. To an extent, this makes sense. The waning months of high school can be one of the most transitional times of a young adult’s life, and times of transition are inherently dramatic, especially if teenagers are involved.

But plenty of teenagers are fully formed adults by the time they graduate high school, at least if you compare them to who they were in middle school or, in areas that have yet to abolish this monstrous institution, junior high. Yet there are comparably few movies and TV shows about kids around 13 or 14; most of the prominent examples are cases where the protagonists’ ages seem disproportionately determined by close study of The Goonies, like the movie Super 8 or the Netflix show Stranger Things. Like It, another ’80s-born entertainment of that ilk, they also tend to include supernatural themes, and boys. Lots of boys. Maybe one girl.

So while Bo Burnham’s Eighth Grade is not the first movie ever made about a girl in middle school, it’s still quite unlike most recent movies about teenagers. Most importantly, it feels observed, rather than cribbed from bits of other movies—unlike, say, the Netflix phenomenon The Kissing Booth. It’s also, in its own way, a graduation narrative, following Kayla (Elsie Fisher) during her last week of eighth grade before moving on up to high school. There’s not as much ceremony involved: no dances, no valedictory speeches, no suspense over the size and shape of envelopes from higher education institutions. But often the emotions are, appropriately, rawer about sillier things, like whether Kayla will be voted “most quiet” in her class superlatives (spoiler: she will), despite her on-camera insistence, using perfectly timeless vernacular of younger people vaguely imitating older ones, that she is, in fact, “talkative.” If you get to know her, that is.

Kayla isn’t breaking the fourth wall, at least not formally. She narrates not to movie-goers but to viewers of her YouTube channel, where she holds forth on a variety of generic self-help topics: being comfortable with yourself, being confident, being all the things that 14-year-olds may not be yet. There’s no indication of who or how big Kayla’s audience is, and though she cloaks many of her experiences (or lack thereof) in hypotheticals, it’s clear that her videos (awkwardly punctuated with “Gucci!”) are sincere—and that Burnham (a former YouTube sensation himself) is acutely aware of how intensely a contemporary young person’s communication is mediated (and how adolescent awkwardness crosses platforms effortlessly). Kayla is often alight with the glow of her phone and laptop, and the film mostly regards these habits without judgment; Burnham so adeptly brings the audience into his heroine’s mindset, in fact, that he got my heart to drop when she cracks her phone’s screen.

The compromised phone isn’t a major plot point. It’s just one fine detail in a movie full of them, from the contents of Kayla’s pre-middle school time capsule to eternal dirtbagginess of aloof adolescent boys (Kayla’s crush is just such a boy) to the casual school shooting drills (Kayla’s crush also wishes a school shooting would happen because he’d fuck up the shooter right away). The only adult with considerable screentime is Kayla’s father, played wonderfully by Josh Hamilton as a dad trying to give his daughter her own space but too observant, in his delicately dorky way, not to sometimes ask what’s wrong. The movie does the same with Hamilton; it’s not particularly about his character, or even about the father-daughter relationship, but he can’t help but loom large over the story anyway, right down to the way Burnham has Kayla occasionally repeat certain phrases from her dad when he’s out of earshot (Kayla’s mom is out the picture, but the movie isn’t really about that, either; the absence is mentioned only in passing).

Fisher, who carries the movie and appears in every single scene, is remarkable here, and remarkably unaffected. I can imagine someone dinging Eighth Grade for scoring cheap sympathy points, with its sweet-natured heroine and the lack of acidity that characterizes, say, Welcome to the Dollhouse, still one of the most indelible movies about the American middle school experience ever made. But crucial to Burnham’s capturing of this particular age group is the implicit acknowledgment that teenagers are also kids—kids who are getting smarter, more independent, and more experienced, but also increasingly capable of repeated and detailed disappointments. After Kayla gets some guidance and hangout time with a friendly older girl, there’s a scene that may have you holding your breath over whether this movie is about to take a horrifying but all-too-realistic turn.

That’s not to say this movie indulges in sentimental bullshit about the innocence of childhood, or that its emotional underpinnings outstrip its technical prowess (in a quiet way, the movie is also beautifully made, with some judicious but unshowy following shots that bring the audience right into the adolescent scrum). It just keeps zeroing in on its subject matter with open-hearted clarity. So many teen movies, even ones that look forward to life after high school, feel oddly tidy once its characters march across the graduation stage. Eighth Grade does a better job than most at looking ahead with hope and uncertainty, both heartbreaking.

Eighth Grade is out in theaters on July 13.