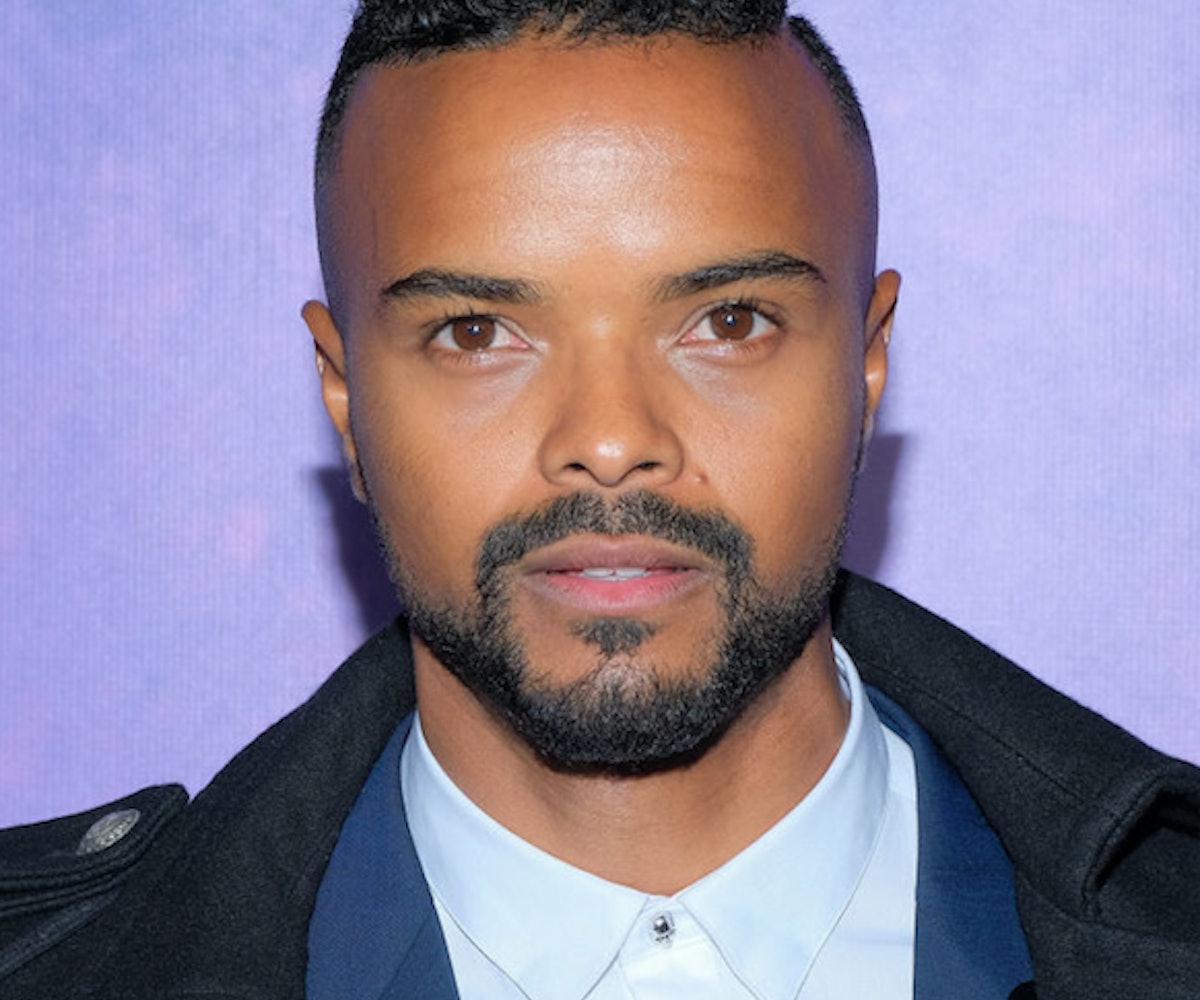 Photo by Matthew Eisman for Getty
by Kristin Iversen
March 8, 2018

When I spoke to actor Eka Darville over the phone recently, a raging snowstorm had descended upon New York. (Like, there was thunder.) Darville, who lives in Los Angeles, was in town (he asked me if I was "also in the snow globe"; I was!) for the premiere of the second season of Netflix's Jessica Jones, in which he plays Malcolm, a neighbor and assistant of sorts to Jessica in her private investigation business. More than that, Malcolm is the moral center of the show and offers an empathetic touchstone for audiences who might otherwise not see much goodness within the at-times-relentless darkness of the show.

Below, read my conversation with Darville about why he likes playing Malcolm, what it's like to work twice as hard to get half the recognition, and whether or not Krysten Ritter taught him how to knit.

What drew you to the character of Malcolm.

I get this question a lot, but... the answer is I just go out for a project, and they don’t tell you a lot about it—particularly when it’s a Marvel show. So, to be totally honest, what drew me to the project were the names, Marvel and Netflix [laughs].

I appreciate your honesty about the allure of the Marvel name. Like, who cares who you’re playing? It's just like, fuck, get the job.

That’s literally what it was. And once I actually got to get into the show, I grew to really like Malcolm. He’s really the heart of Jessica Jones. There’s a real beautiful care about Malcolm, because he really gives a shit about humanity.

There aren’t many characters in the Marvel Cinematic Universe who aren’t conflicted, compromised, or just straight-up evil, and I think Malcolm really gives someone for the audience to, not just relate to, but to serve as a reminder that humans have a capacity for goodness. I bet you get a lot of really great fan responses.

It’s been really such a beautiful response, especially since a lot of the basis of the fan population isn’t alpha male type individuals. So to have someone who represents them, in a sense, who is a caring, compassionate individual, is really important, and that’s what’s been expressed. It is also really important in the world of Jessica Jones because there are so many diabolical male figures, and Malcolm is a representation of not that. He’s a man that really cares, and has a heart, and he wants to be an ally for those in the world who have had trauma inflicted upon them by others.

In this show, in particular, Kilgrave is kind of the stereotypical alpha toxic male—a rapist and a murderer. And it’s important to have other male figures on the show who aren’t simple romantic foils, and have really complex interior lives that aren't polarized toward love or hate. I don't know if this plays into that, but one thing that's interesting about Jessica Jones is how it's such a woman-led and -centered set. How is it like working in that environment?

It’s been such a game-changer for me, and I think part of that is having such incredible, powerful voices running the ship. And having so many women directors this year—it’s not about righting the ship of diversity, it was just about the fact that these women were the best people for the job. They were just the better choice. And, as a black male coming up in this industry, I have a really strong resonance and empathy about the kind of representation we have on our set. I get it. I get what it is to have to work twice as hard to get half the recognition. And the whole culture that it created on the set really made for a culture of inclusion that was just so much more collaborative and made it easier to ask questions. That just leads to better work. So I think a lot of what you see onscreen shows why it’s been a positive thing, and I think it’s really amazing to be on a show that gives a shit and uses its voices to say something, because the stories we tell in the entertainment industry really matter. I think this is the way the world will be heading, and all I can say is, "Fuck, yeah."

What can we expect from Malcolm’s story line this year?

I’m not really allowed to say anything! But what I can say with Malcolm is that what he’s dealing with is very much a coming-of-age story. He’s finding identity and building his sense of self and his sense of manhood and his sense of self-worth outside of his addiction and his problems with Kilgrave. He's putting himself out into the world. We learn more of his backstory and where he comes from and—almost more importantly—where he’s going.

I'm excited to see more of Malcolm and Jessica together because you and Krysten Ritter have such great chemistry on the show.

I am the number one fan of the KR. She is a powerhouse and working with her is like a master class. She knows exactly what she’s doing, and makes some really incredible choices. She knows how to turn it on but also preserve herself for the longevity of the shoot. I’ve learned a ton from watching her work and, yeah, we have fun! We’re totally friends off the set, and it’s great to see someone who’s such an incredible creative but also an incredible human. I love the girl, and I’m glad that comes across onscreen.

But... has she taught you how to knit?

[Laughs] I actually went to a Waldorf-Steiner school growing up and had to learn how to crochet. And I learned to knit when I was a kid, but, no, I absolutely cannot do it. I love working with my hands. At the end of last season, I bought a vintage Airstream trailer and built it out myself, all the electricity and everything, and drove it across the country. So I love working with my hands, but knitting is just… I can’t do it.