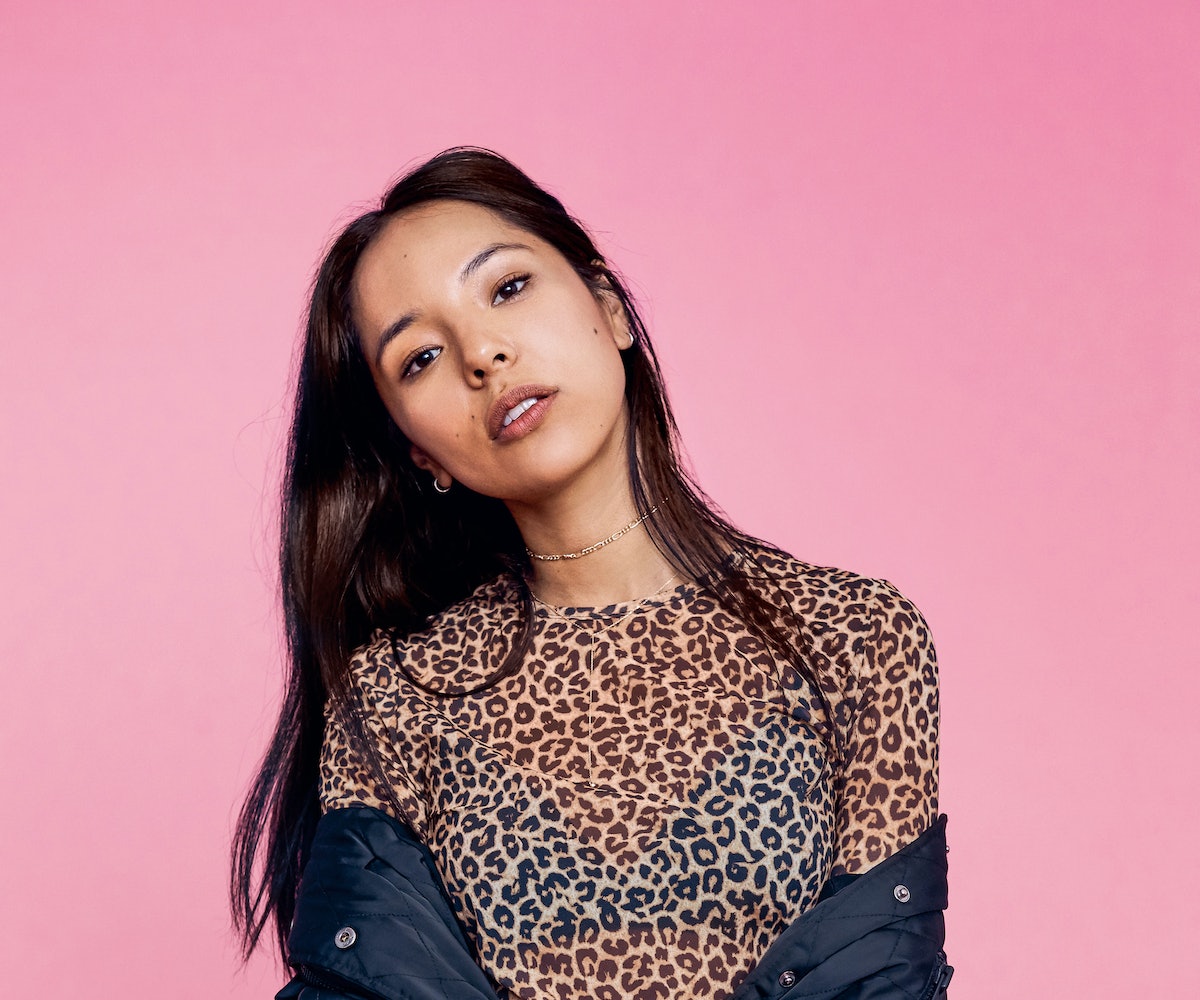 Most people are familiar with the work of Elizabeth De La Piedra thanks to the internet. Now, for the first time ever, the Chicago-based photographer presented an IRL show. Titled "RASHIDA," De La Piedra worked in collaboration with ASOS for the launch of their new program, ASOS Supports Talent; the end result is now on display at Gallery 151 in New York City and focuses on the narrative of Rashida Renée, a transgender woman of color living in Oakland, California.

"The ethos [of ASOS Supports Talent] is to forge your own path, celebrate uniqueness, reject norms. I was considering narratives that fit in that, but also that I didn’t think would be as broadly represented in mainstream media," De la Piedra says. "I know for a fact that ["RASHIDA"] fills a void that doesn’t get showcased in mainstream media a lot, so I thought it was a perfect opportunity to collaborate with Rashida and build something together."

Like many connections made in the modern age, De La Piedra and Renée met online. Over the past four or five years, Renée has become a major source of inspiration for De La Piedra and provided her with a "wealth of information" in various ways, but specifically about her own personal sense of identity. De La Piedra doesn't shy away from addressing Renée as her muse.

This body of work marks the first time that De La Piedra has collaborated with someone so intimately, but she makes a conscious effort to be sensitive to Renée's space as she immersed herself in it. This awareness made for a positive and organic collaborative experience.

The 25 photos in the gallery capture different aspects of Renée's life, like getting ready in a public restroom and spending time with her twin nephews, and also showcase intimate details, like an array of her mother's hot tools and Renée's own vintage Destiny's Child doll. All of the pieces of clothing in the pictures are available to purchase at ASOS.

"I was just going for an authentic and intimate representation that [Renée] would be happy with and also that was honest for the viewers. I think we really achieved that. There’s so much of her essence that I feel like captured in this and also some things that I feel—from an outsider’s perspective—are so beautiful culturally," De La Piedra says. "I learned a lot as well, and I feel like that’s part of the history that we should be celebrating more."

Even the makeup scans have a charm to them with pops of pastel color as the background. "I asked her to keep all of her junk and trash; I just found one woman’s trash is another woman’s treasure. She inspired me so much that even her trash I thought was beautiful," she adds. "I also think applying your makeup and taking it off as a woman is such an intimate and universal process so it’s almost like a sound artifact that we can all connect with. Maybe you can reflect on your own self or our own selves when we take our faces off. We’re beautiful with it, without it, whatever it is."

The experience of De La Piedra and Renée working together for this project was a three-day process, but the result is something that can live on forever. De La Piedra hopes that viewers are left with the impression of a narrative that is honest, beautiful, and understandable. She also wants it to lead to a better representation of people that don't have the opportunity to tell their own stories in these spaces.

"I’m hoping it builds more interest in Rashida because I think she is someone that should be out there and sharing more on a platform that just isn’t Tumblr," says De La Piedra. "There are a lot of people that get that shine, and I just think she should be one of them."

De La Piedra's next work, which is currently in progress, will study the human form and its language through nude images. She describes it as "a representation of the body in the female gaze" that removes sexual taboos and innuendos. "It’s very graphic, but the point is to have a body of work in this project that people can look at nudes and not see sexuality. They just see a graphic form, so we’re not degrading or objectifying anything," she concludes.

NEXT UP
Culture
Sarah Bahbah Announces New Art Book ‘Dear Love’
Entertainment
20 Spiritual Gift Ideas For An Aspiring Witch
Culture
Not One, But Two BTS Documentaries Are Coming
Fashion
Reformation & Canada Goose Team Up To Warm You Up