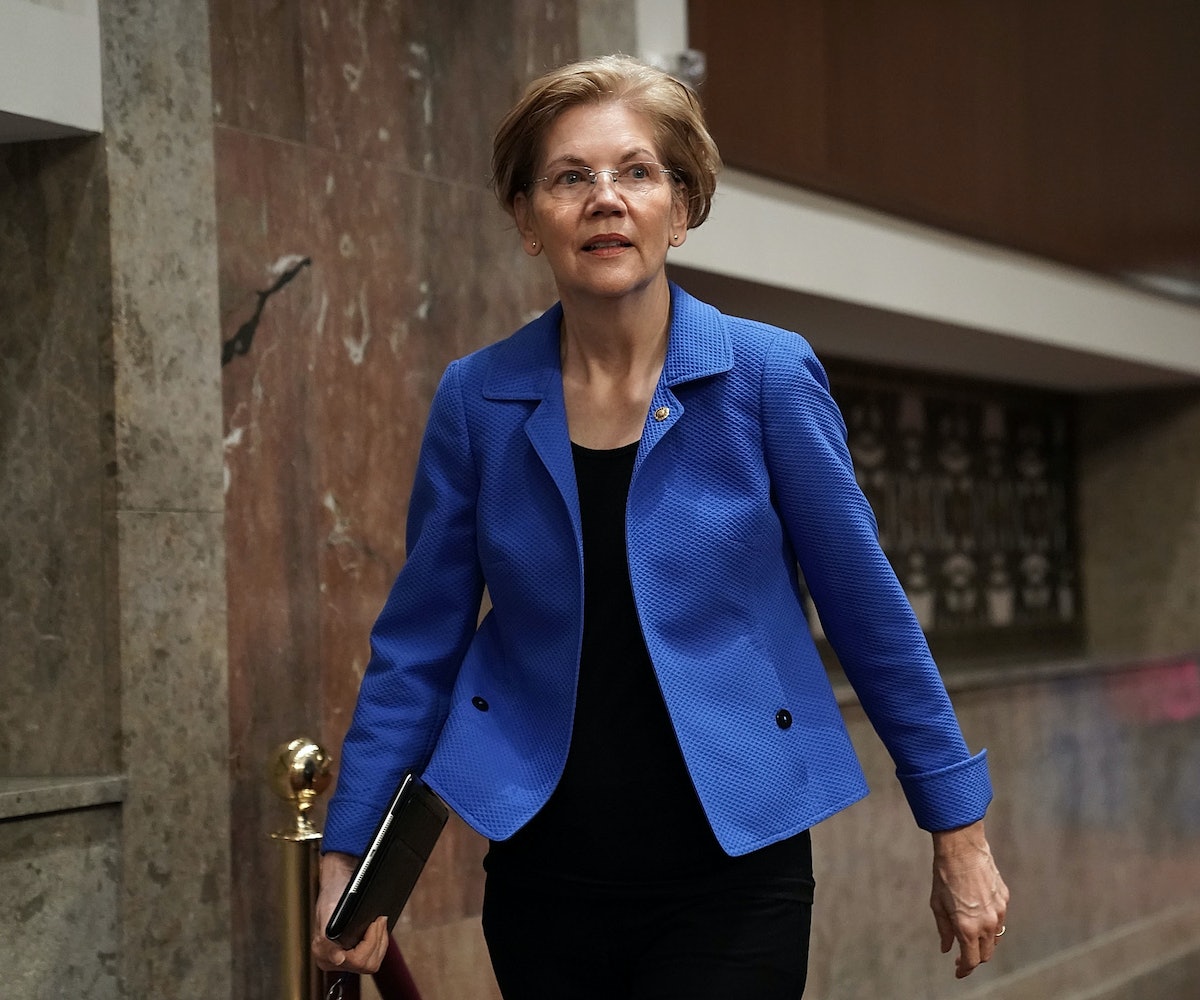 On Monday, Senator Elizabeth Warren released a video explaining her ancestry, which has been a constant source of critique by the president, who has accused Warren of lying about her Cherokee heritage. With the DNA test, Warren proved that she actually does have Native American ancestry, as the results showed a (very distant) Native American ancestor. But while Warren tried to play this off as being a victory over Trump, who mockingly calls her "Pocahontas," what she actually did was play right into Trump’s hands.

Warren has used her Native American heritage as an identifier for a while. As noted by Ross Douthat in the New York Times, Warren was “listed as a ‘Native American’ professor at the University of Pennsylvania and described as Harvard Law’s ‘first woman of color,’ and she even contributed a family recipe to a Native American cookbook," though Douthat doesn't think this identification was Warren-led, nor does it seem to have "improved her academic career." But that hasn't stopped Trump from repeatedly taking jabs at Warren for this claim. This DNA test, then, was an attempt to best Trump at his own game of mockery: He had said that he would pay $1 million if Warren proved she actually was Native American, and this scientific backing was her form of proof.

But since when does Trump care about evidence? This DNA test has only incentivized the troll-in-chief to double down on calling Warren names. Worst than that, Warren's legitimization of Trump has made crystal clear another significant problem: The continued diminishment of the Native American lived experience, by claiming membership based purely on DNA tests. The Cherokee Nation has voiced its problem with Warren’s claim, with Cherokee Nation Secretary of State Chuck Hoskin Jr. saying, "Using a DNA test to lay claim to any connection to the Cherokee Nation or any tribal nation, even vaguely, is inappropriate and wrong. It makes a mockery out of DNA tests and its legitimate uses while also dishonoring legitimate tribal governments and their citizens, whose ancestors are well documented and whose heritage is proven." He also said that Warren is "undermining tribal interests with her continued claims of tribal heritage.”

So, now that Warren has alienated the Cherokee Nation, and countless other people who don't understand what the point of any of this was, is there any lesson that can be learned from the whole thing? Yes. Whatever you do, don't play Trump's games—they're all rigged for him to be the only winner.