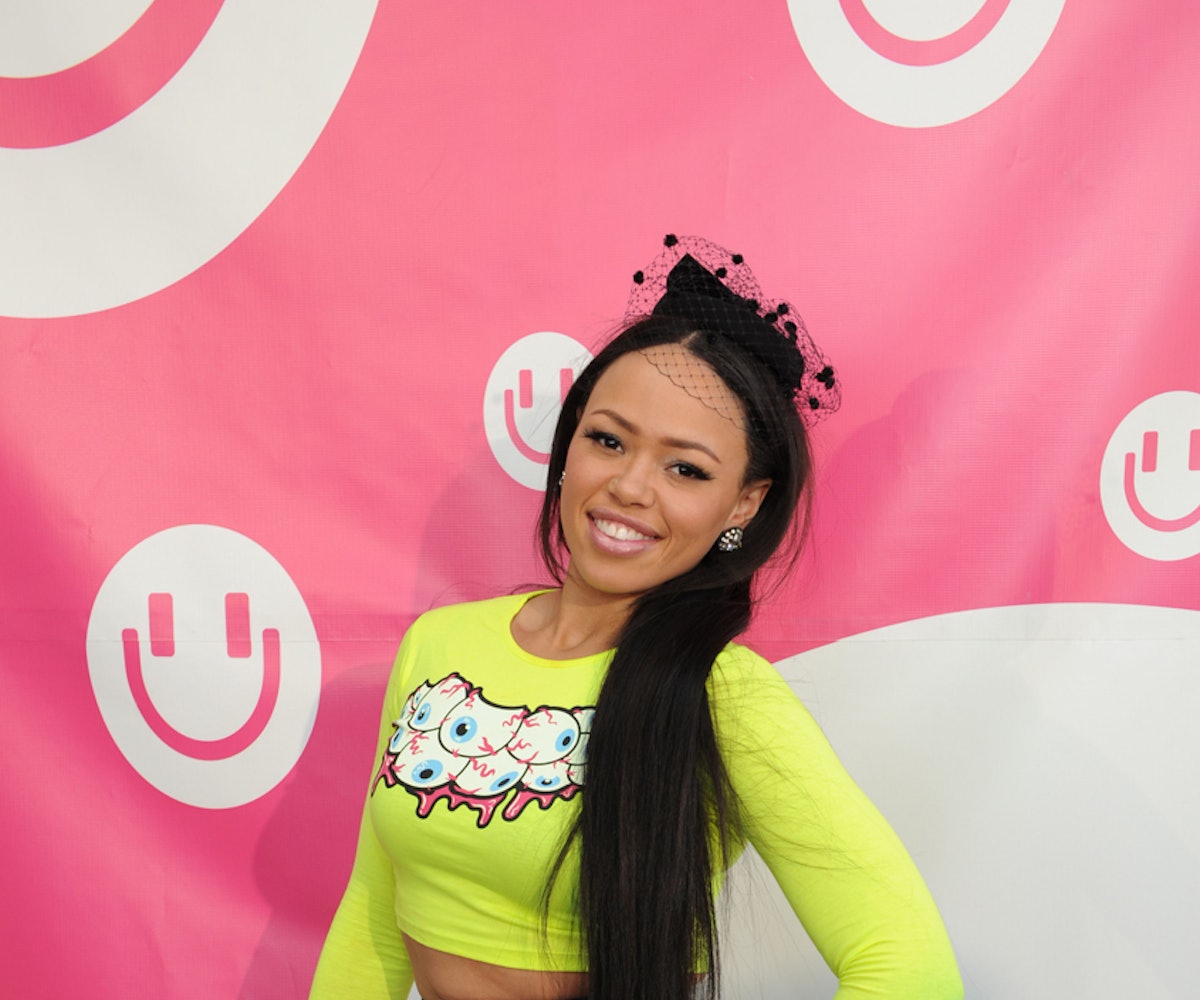 At just 24, Elle Varner has worked put out an album, worked with J Cole, and been nominated for a Grammy. But those aren't the real things that are impressive about the singer--her ridiculously capable voice and cool sense of style are what make her stand out in a world of wannabe musicians.

I met with Varner backstage before her performance at a pre-fashion week party at Topshop hosted by Shaun Ross. At first look, you can see why someone like Varner would be famous: she's pretty, has great style, and radiates kindness, but when she sings and plays guitar, none of that other stuff really matters. Raised by two musicians and a graduate of New York University's Clive Davis Recorded Music Program, Varner is the real deal. Read on to find out what she's obsessing over now and catch an exclusive look at her preparing for the show.

I've been obsessed with Lana Del Rey since she came out, since before she was really big.

I try to get into good trouble, like where I won't get arrested, but I might piss someone off. Good trouble is like walking in Starbucks and singing at the top of your lungs or dancing in a store and having people stare at you.

Did you see him perform at the Grammys?! He was amazing. I kind of want us to be the black Johnny Cash and June Carter Cash! [laughs]

i really like making vision boards. I have this journal called a smash journal and every page is different. I cut little things out and create this whole book. One page will be flowers, another is a pattern, another has words. It's really cool.

I'll do tinted moisturizer, a little brown mascara, and a little eyeliner wing. That's it. Today, Ryan B. Anthony did my face! That's my secret to having good makeup for events--a makeup artist.