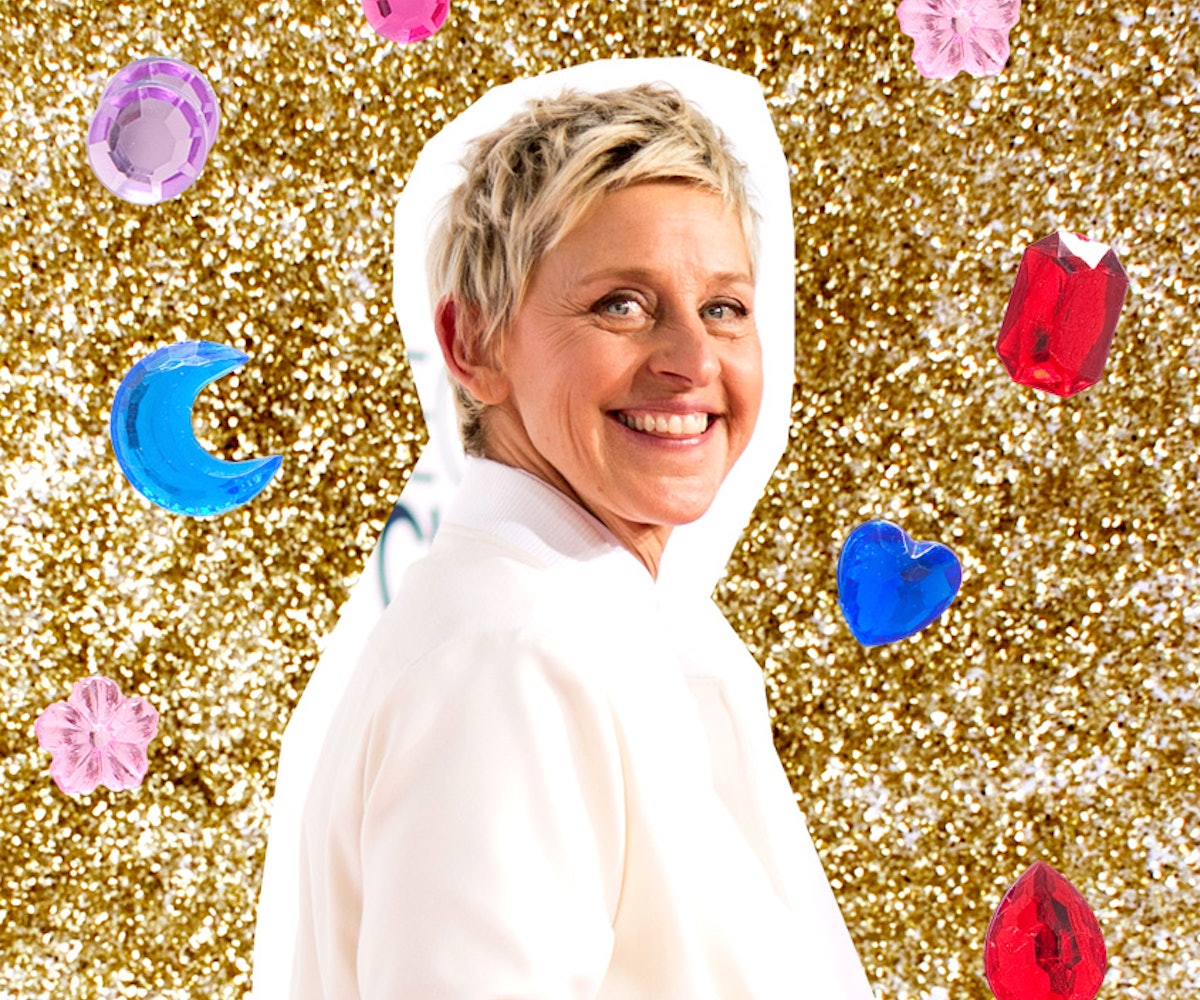 took a second to address one of her haters

during her daytime talk show today, and shut him down in the most Ellen way possible. Hater in question goes by the name of Larry Tomczak and accused the host of "promoting a gay agenda," noting "Ellen DeGeneres celebrates her lesbianism and 'marriage' in between appearances of Taylor Swift to attract young girls."

As for her response? DeGeneres explained simply, "I'm not 'married.' I'm married." This clarification was met with a roaring mix of applause and laughter. It's an important distinction to make: Putting air quotes around someone else's marriage invalidates it. Ellen and Portia are married, simple as that.

He suggests that parents redirect today's youth back to shows like "Little House on The Prairie" and "I Love Lucy." (Is this guy serious?) Ellen responded with a hilarious photo of Lucy mooning a wide-eyed Ethel with a trash bin lid on her butt stating "If that's not gay... That's all us gays do. We get a garbage can lid and..."

But perhaps the most important takeaway of Ellen's speech was her edit to Tomczak's ridiculous definition of her "agenda." DeGeneres stated, "The only way I'm trying to influence people is to be more kind and compassionate with one another. That is the message I'm sending out. I don't have an agenda."

Ellen wrapped things up by whipping out a spinning vortex, looking directly into the camera, and saying, "Attention, youth of the world, I want you to live your lives being exactly who you are. Be true to yourself—the most important thing is to be true to yourself.” Who can argue with that? Bravo, Ellen. Bra-vo.