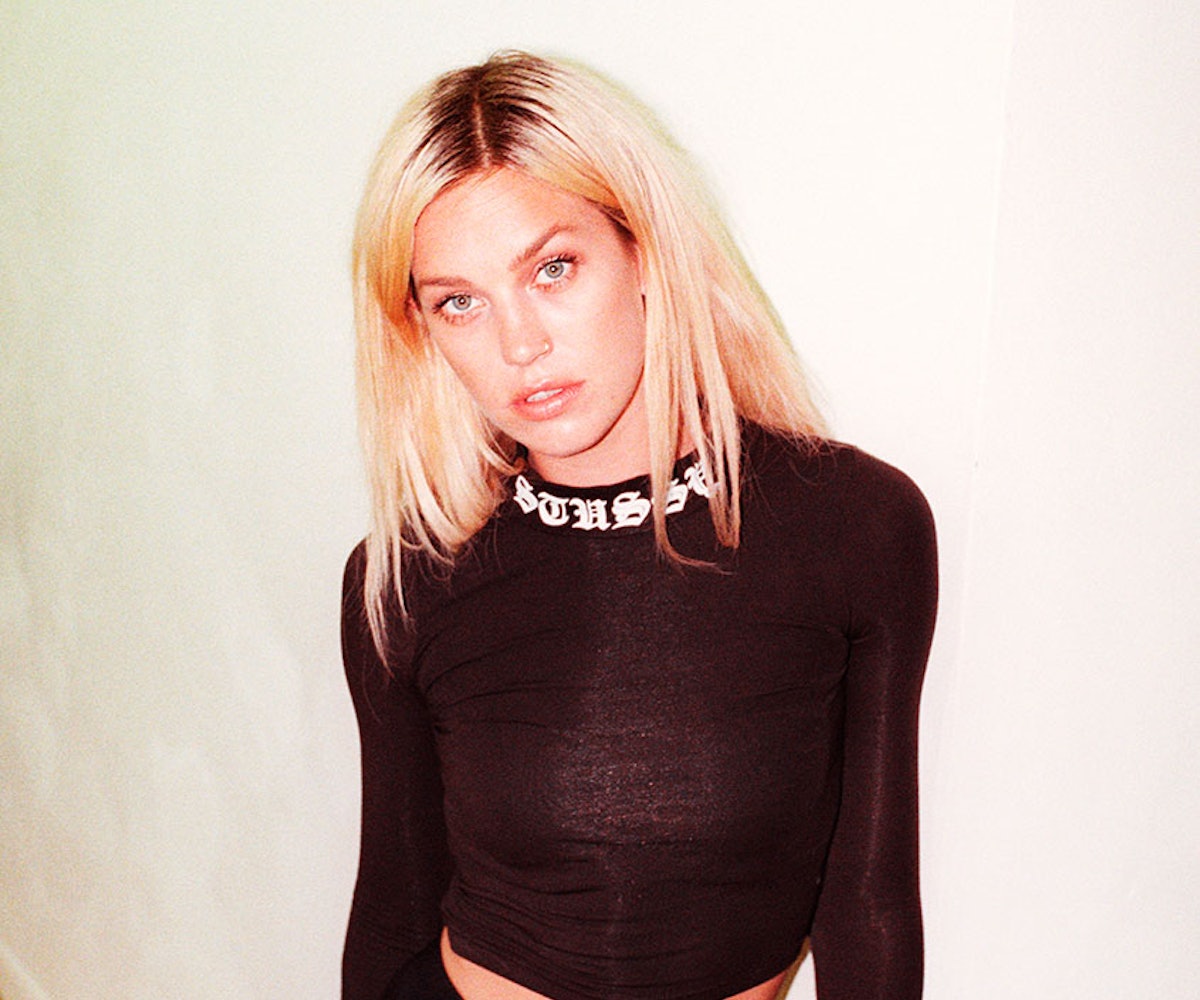 To put it frankly, Ellinor Olovsdotter has a refreshing, give-no-fucks attitude. Known to the world as Elliphant, the singer is currently rummaging through a stylist’s rail in anticipation of her NYLON shoot here in London. “I’ve learned so much about fashion over the last few years,” she says with a hint of sarcasm. “You just throw everything on.” A few minutes later, Elli has made a decision, dressing herself in a leopard-print bomber jacket with some clashing Adidas leggings, a trucker cap, and CAT workman’s boots. Remarkably, what she has just “thrown together” looks incredible.

Today, the 29-year-old is confident in what she believes in. Flash back to her formative years in Sweden, however, and things weren’t quite so simple: “Sweden looks like Candyland from the outside. It’s so perfect. I didn’t grow up in that perfect Sweden. I grew up on the South Island on Stockholm, where it was very working class.”

Little Elli was somewhat of a young entrepreneur, charging drunks for peeing in bushes, making books to sell, and singing for cash. “We really understood that drunk people are easy to get money from. I was the boss for sure when I was young, until I turned 12, when I became the uncool kid in the cool kids’ club. From 13 to 16, I don’t really remember my life.”

Olovsdotter dropped out of school at 16 to work in a kitchen with the end goal of traveling around India. “There’s nothing similar between Sweden and India. It’s chaotic. It’s full of color. It’s playful. It’s where I started to create my own personality in English,” she explains. “It’s one thing being able to speak English and it’s another being able to deliver your personality in another language.”

At a young age, Olovsdotter decided on a career as a musician, but it wasn’t until she was waiting on a visa in Bangkok that her childhood dream started to become a reality. “I went to this reggae bar, and there was this British guy who played records and had a mic, too. I thought he was really cool. Honestly, I really wanted him. I went up and took the mic—I was trying to make him see me. It turned out later he had a girlfriend, but that night we went to some guy’s house and got shit-faced and made songs.”

Soon afterward, Olovsdotter moved back to Sweden, bought a MacBook, and spent hours making beats on GarageBand. “For me it was like Tetris; it was a game. I was building beats and making weird sounds. I could sit for hours, but I didn’t send it out to anybody.”

Olovsdotter soon met Tim Denéve, one part of the writing/production duo Jungle. They wrote a song together for pop singer Rebecca Simonsson, but she didn’t like it. “We put it out on SoundCloud and instantly we had meetings with Sony and Universal.”