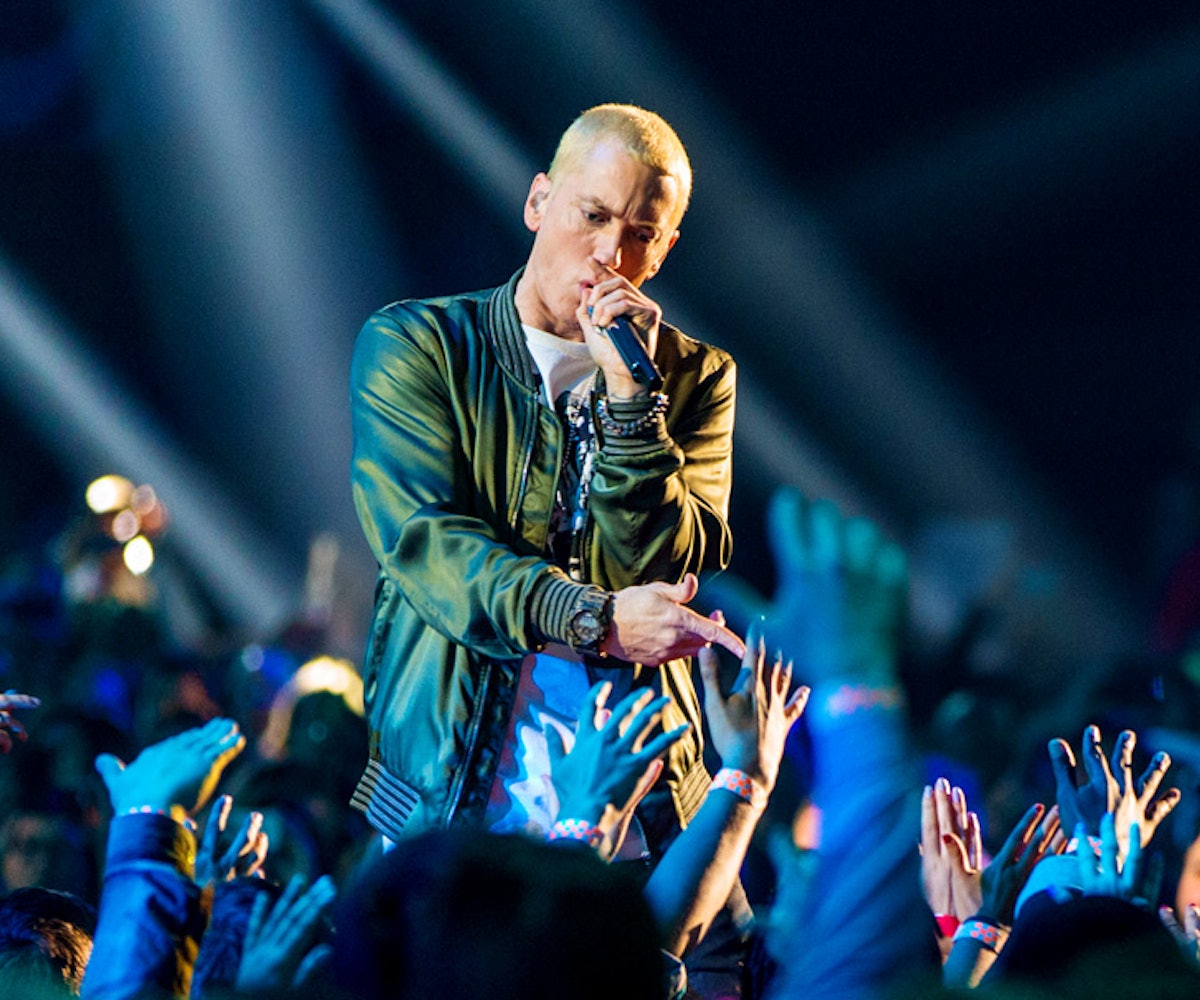 Before there was Suri Cruise, Blue Ivy, and North West, there was the enigmatic Hailie Jade Scott Mathers. The subject of just about every early aughts Eminem song, we felt like we knew everything about Hailie—and, in a way, we did. But as Eminem began to wax poetic about his addictions and inner demons, Hailie moved out of the public eye and was able to live her own independent life—as any young girl should. But now, an image the 19-year-old uploaded to Twitter has gone viral.

The self-taken photo shows the blonde teenager smiling. And while there isn't much else to the photo, it's just nice to see a former semi-famous kid doing well. She recently graduated from high school with a 3.9 GPA and was named homecoming queen her senior year. She is currently attending Michigan State University. In a school newsletter, she named her parents as the people who were "Most Influential In [Her] Lifetime," writing, "My mother and father are because they have pushed me to be the person I am and have given me all the support to achieve what I have." Well, it's fair to say that she's grown up to be a sweet, independent woman—like we always hoped she'd be.

NEXT UP
Fashion
Kim Petras Wore An All-Denim Homage To Britney Spears At The 2022 AMAs
Fashion
Jimmy Choo’s Collab With Timberland Gives The Classic Boot A Glam Makeover
Life
NYLON Daily Newsletter: November 29, 2922
Fashion
Reformation & Canada Goose Team Up To Warm You Up