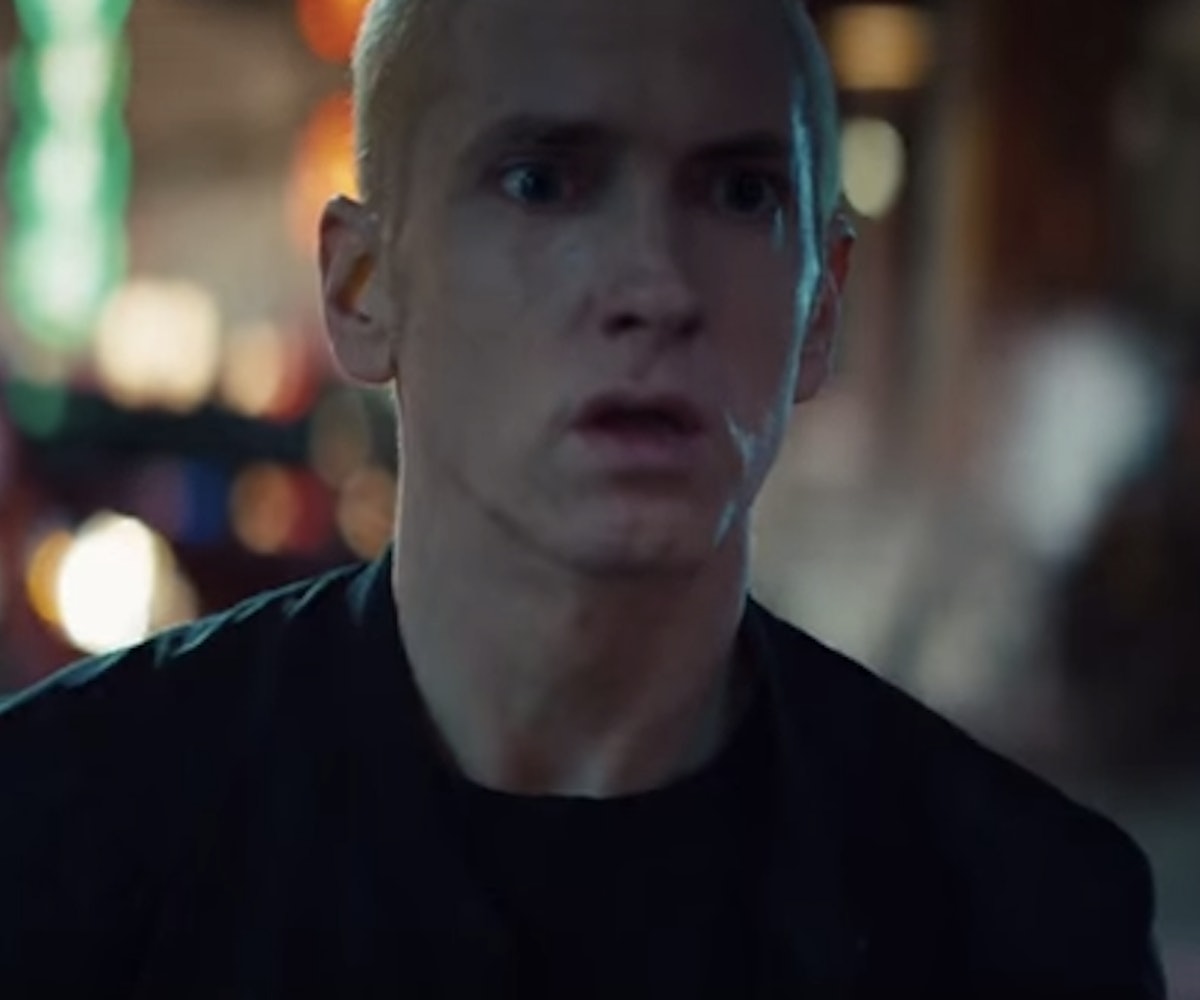 There was a time when the release of a new Eminem video bordered on national holiday. His cuts for songs like "Stan," "My Name Is," and "Guilty Conscience" will one day end up in the Smithsonian (if the Smithsonian ever gets a "Badass Rap Video" wing, that is.)

But that time feels distant, because frankly, we can't remember the last time an Eminem video actually moved the needle. (No shade to that "Monster" song with Rihanna.) And based on the new cut for his anthem "Phenomenal", Slim Shady feels our pain. We can tell he went all out for this 8-minute action epic. Hell, even John Malkovich shows up, being all...John Malkovichy. But even this feels like a stretch—like a former prize fighter's last shot at glory. Come to think of it, "Phenomenal" is the lead single off of Southpaw so maybe that's exactly the vibe Emimen was going for.

Watch below and judge for yourself.