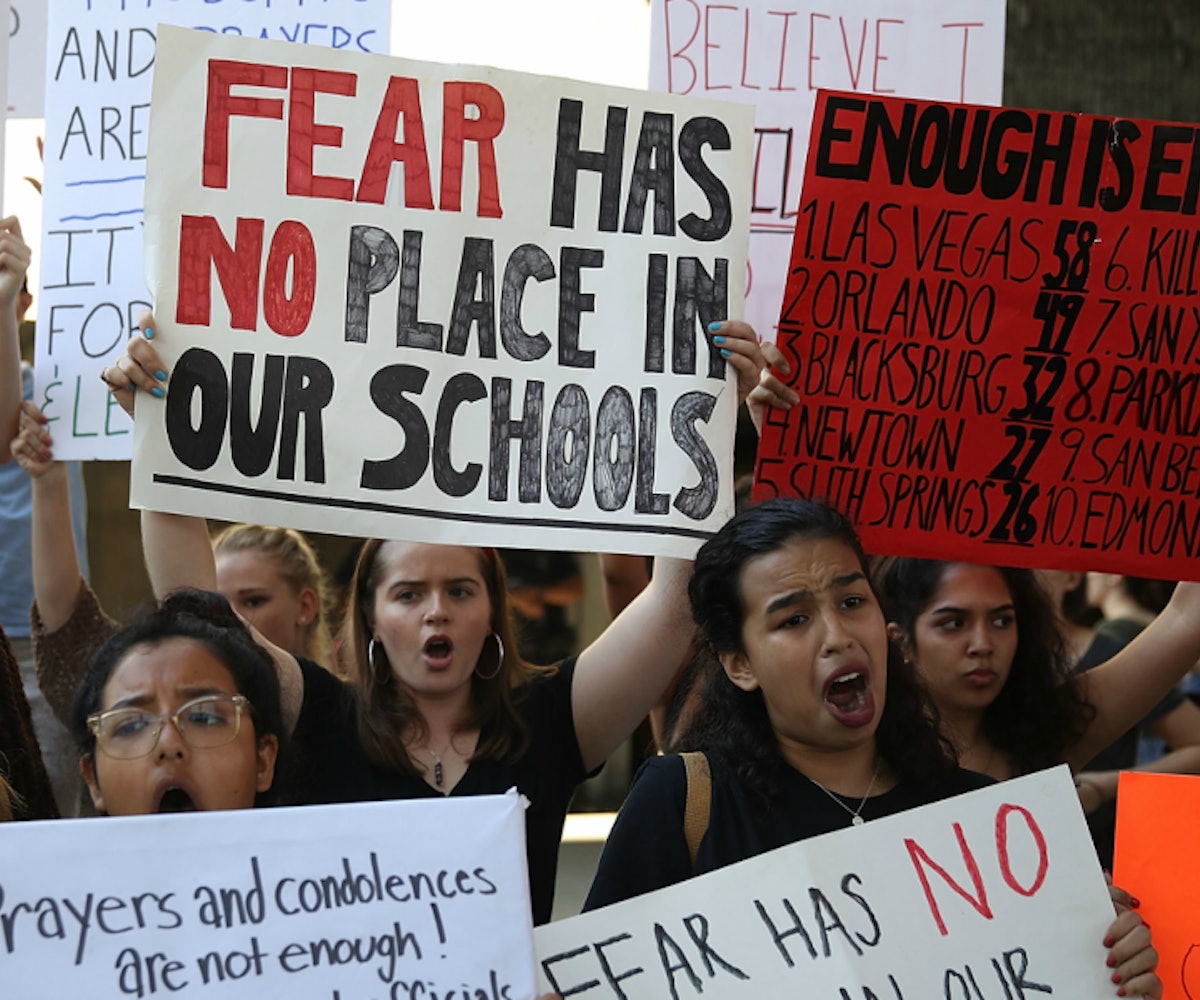 Everyone has caught onto the dark reality of mass shootings in America by now: When news breaks of a shooting and its consequent victims, there are always "thoughts and prayers" but rarely any action taken to address the issue of gun violence. Then, the cycle seems to repeat itself.

However, the student survivors of the Marjory Stoneman Douglas High School shooting that happened this past Wednesday are fed up and have taken to the platforms they know best to speak out against the senseless inaction on the part of the government—namely, politicians who receive funding from the NRA. In the past few days, they've channeled their grief into activism, including one Douglas student, Emma Gonzalez who gave a powerful speech during a gun control rally in Fort Lauderdale on Saturday.

Gonzalez stood at the podium, occasionally wiping tears from her eyes as she addressed President Trump and other members of Congress, calling for them to wake up and take action. Gonzalez referenced one of Trump's tweets in which he wrote, "So many signs that the Florida shooter was mentally disturbed, even expelled from school for bad and erratic behavior. Must always report such instances to authorities, again and again!" and responded "We did, time and time again, since he was in middle school," suggesting that Trump's claim not only detracts from the main issue of gun control, but it's also a classic case of victim shaming.

"We know that they are claiming that there are mental health issues, and I am not a psychologist, but we need to pay attention to the fact that this isn't just a mental health issue," Gonzalez said, adding, "He wouldn't have harmed that many students with a knife," before calling to shift the blame from mental illness to lax gun control laws and those who made it possible for the shooter to obtain the gun in the first place.

Gonzalez's speech is moving because it shows how these student survivors are coping with a senseless tragedy that has irrevocably rocked their worlds: By demanding policy and change so it never happens again. "We are going to change the law," Gonzalez said at the rally.

Many other Douglas students and Americans all around the country are also responding to the shootings by organizing school walkouts to protest the lack of inaction from Congress.

The walkouts are set to take place in March 2018.