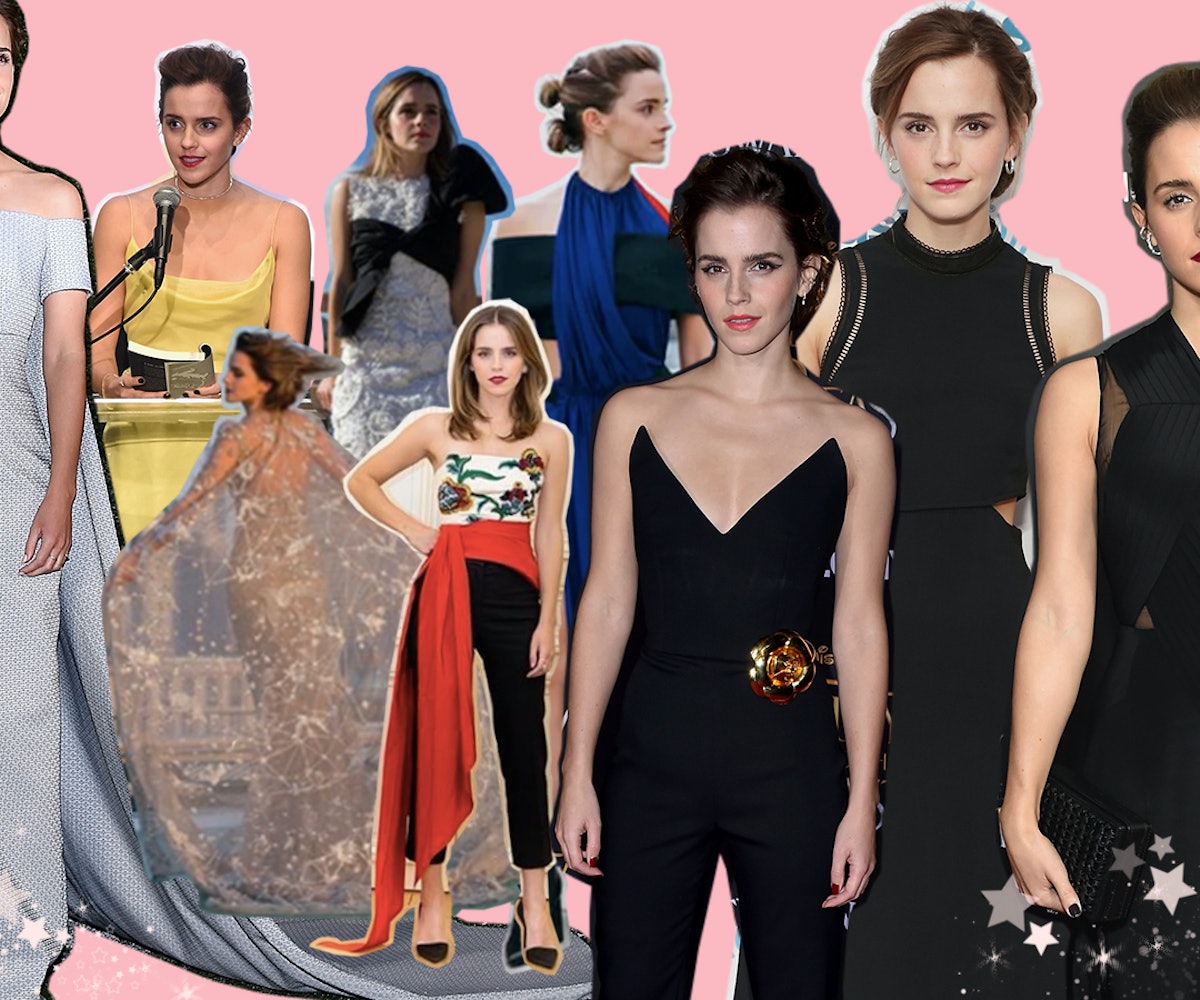 The coverage surrounding the live-action remake of Beauty and the Beast is finally coming to an end with its release this Friday. Or, maybe it's just beginning? Either way, we won't exactly miss announcements of a new trailer this, or new song that. What we will miss, though, are Emma Watson's always-glamorous red carpet looks.

Not only has the actress and star of the film looked brilliant and lovely and other British terms synonymous with great, she's managed to do so by way of sustainably-minded clothes. The actress has been documenting her press outfits—and giving detail about the story behind them in the captions—on a separate Instagram account she created to spotlight the moments. That's a Disney princess move if we've ever heard of one.

Speaking of, we like to think that every Disney princess has a tale worth telling past her time on the big screen. In Belle's case, that her Happily Ever After spans beyond the walls of her castle home or village borders. They can have adventures too, can't they?! To help us picture such a scenario, we decided to imagine up what Belle would wear in what instance, by way of Watson's red carpet looks. Click through to see what we're talking about and find looks for every situation a modern princess might find herself in.

If Belle wanted to take the off-the-shoulder trend and update it with a more modern silhouette.

If Belle ever stayed in New York City.

If Belle ever found herself suddenly obsessed with haute couture.

If Belle ever met Hillary Clinton and Victoria Beckham at the same time.

If Belle ever picked up an issue of Vogue.

If Belle ever attended a gala in New York City.

If Belle ever went for afternoon tea at The Plaza.

And finally, if Belle was ever played by Emma Watson in a movie. Oh wait.