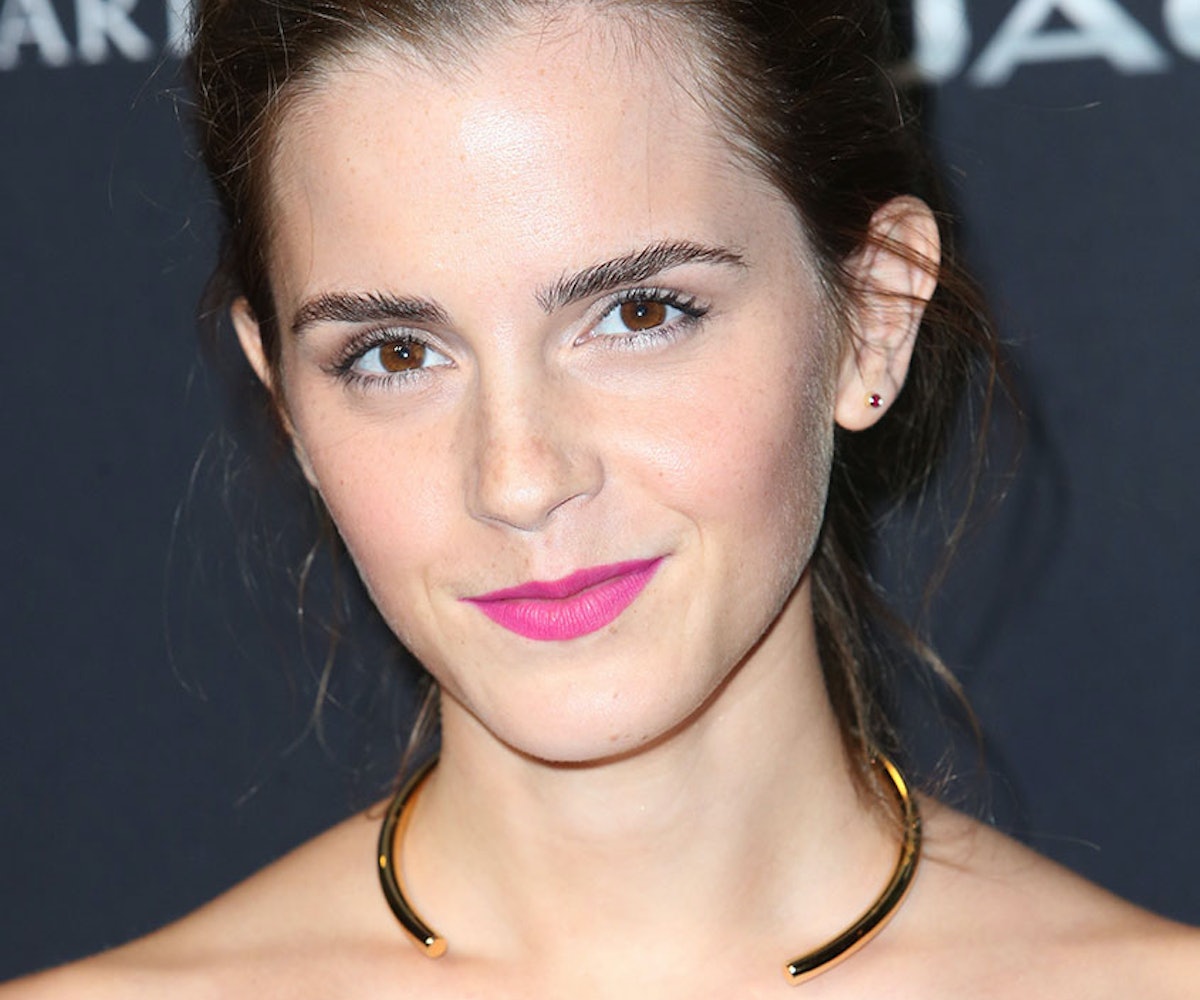 Emma Watson has been at the forefront of the resurgent feminism movement, thanks to her passionate speeches and her HeForShe campaign, where men publicly pledge their support women. (The campaign recently launched its second phase, IMPACT 10X10X10.) As part of the U.N. Global Goodwill Ambassador's ongoing effort to promote women's rights, Watson took part in an hour-long live discussion on Facebook for International Women's Day. Not surprisingly, she dropped a lot of wizardly wisdom.

When asked why she believes most people shy away from the word "feminist," Watson said, "I think people associate it with hate—with man-hate—and that's really negative and I don't think that's what feminism is about at all. I think it's actually something incredibly positive. So I think that's why women became very reluctant to use that word. But I think that's changing, which is really cool... People have come back to what the actual definition means, which is equality: politically, culturally, socially, economically. That's it; it's that simple... It really just means that you believe in equality and if you stand for equality, then you're a feminist. Sorry to tell you."

Given those standards (which, to be honest, are extremely easy to abide by), one might imagine that everyone on the planet would be a feminist. But if this was the case, women would wouldn't be making 77 cents to the man's dollar. We're not there yet, and as Watson points out, evoking the threats against her following her first speech) we need to work even harder than ever to further the feminist movement.

"A lot of people that were close to me knew gender equality was an issue but didn’t think it was that urgent," Watson said. "And particularly, 'We live in Great Britain – this is a thing of the past, oppression of women. We’re fine. We’re good. We’ve got far enough.' When they saw that the minute I stepped up and talked about women's rights I was immediately threatened. I mean within less than 12 hours I was receiving threats. I think they were really shocked and one of my brothers in particular was very upset. It’s funny, people were like, 'Oh she’s going to be so disheartened by this. If anything, it made me so much more determined. I was just raging. It made me so angry that I was just like, 'This is why I have to be doing. This. This is why I have to be doing this. If they were trying to put me off, it did the opposite.'"

Watson also helped clarify that the feminist movement is about defending the rights of all genders, races, and religions. "Femininity needs to be embraced wherever its found, whether it be found in a man or a woman or a non-conforming gender person. Wherever it’s found we need to value it," she said. "I’m also against racism, and homophobia, and classism, and ableism, and xenophobia, and all of it. My specific mandate is to advocate for women and girls, I’m the U.N. ambassador for women so I’m here to do that. But I also understand that these oppressions are interlocking, mutually reinforcing and that inter-sectionality is a really important word here. We just need to be supporting each other."