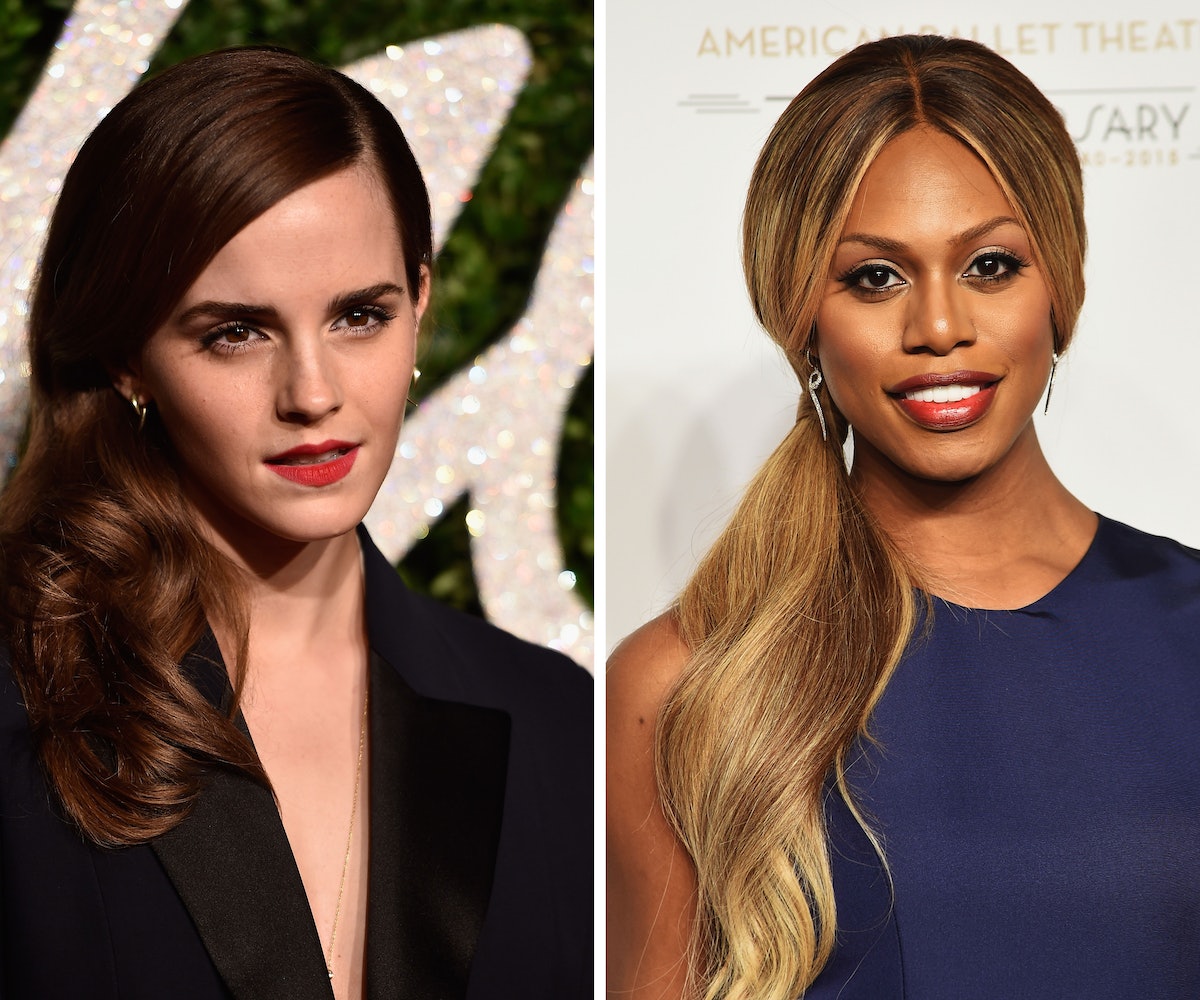 The other day, Laverne Cox shared a conversation between Emma Watson about gender equality with her followers on Twitter. Both of the actresses identify as feminists, but don't actually hate men, so they wanted to come up with something that addresses this on social media. Right now, they have settled on #ILoveMenButHatePatriarchy, but want to keep the dialogue rolling.

We think the hashtag is pretty clever already, but love seeing more people involved in conversations. Here's to hoping that their brainstorm session leads to something bigger in the future! Read the entire convo in the tweets, below: