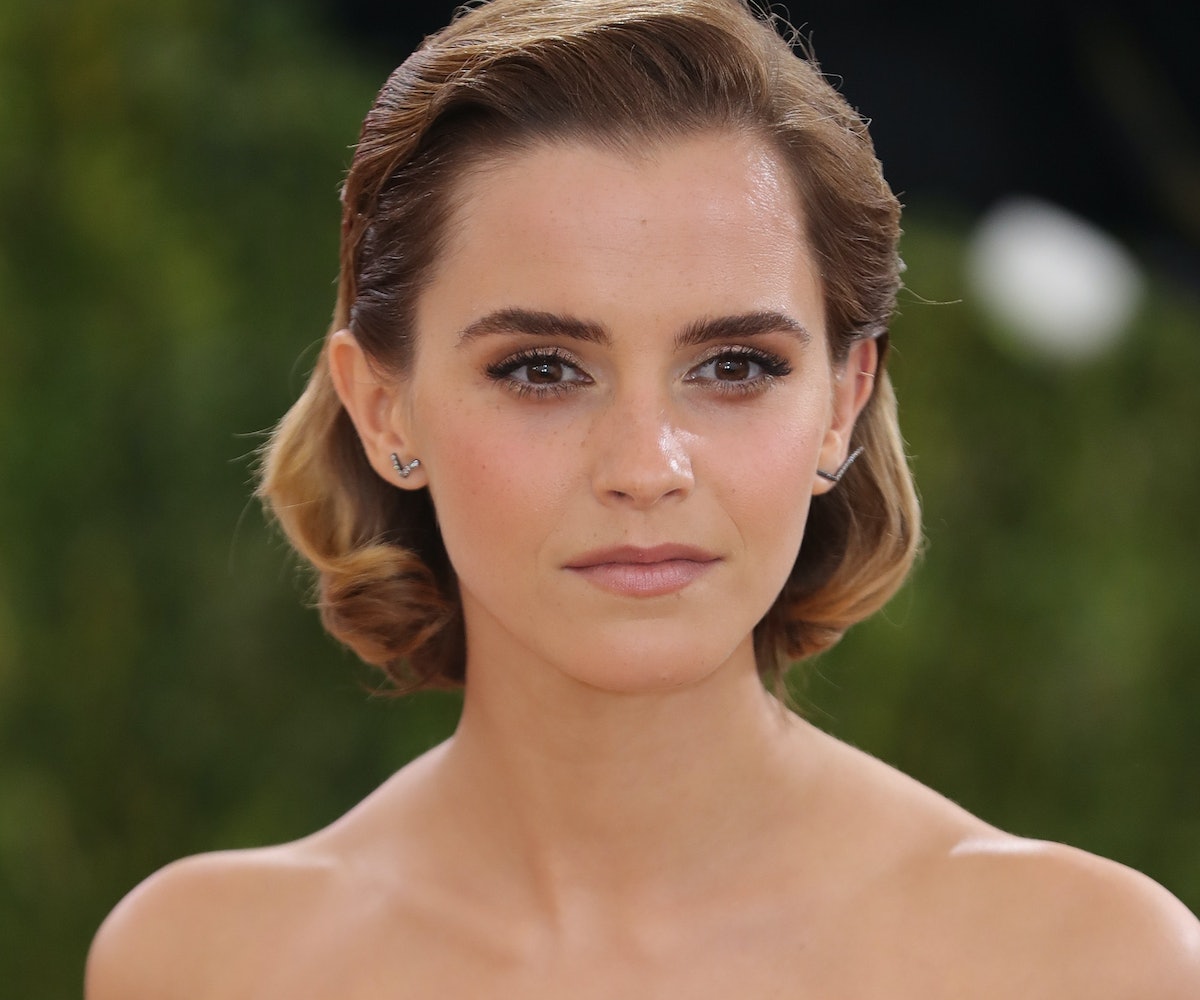 Emma Watson’s U.K. citizenship makes her ineligible to vote in the upcoming election, but that hasn’t stopped the actress and activist from doing her best to make sure the right candidate gets elected. On Tuesday, Watson penned a letter on Twitter urging her female fans to go out and vote. And though she never mentions Donald Trump by name, her shots at the Republican presidential candidate are very thinly veiled.

"In 2014, I tweeted Desmond Tutu’s quote: ‘Men and boys, we show our manhood by how we treat our women,'" Watson writes. "The American men I know and love know this. They know that the way a man treats women can’t be overlooked or brushed aside." Watson is very obviously referring to Trump's hot mic incident, and the dozen sexual misconduct allegations that followed.

Watson goes on to explain how helpless she feels sitting on the sidelines, while the fate of her "second home" is being decided, and that this election will determine how women in America are treated at work, at school, and by men in general. "Goodness, I wish I could cast a vote," she writes.

"Regardless of our personal beliefs, it can’t be denied that the result of the upcoming US presidential election will have ripple effects around the world and impact, in one way or another, the lives of millions and millions of people," Watson adds. “You have real power to decide the future of generations to come.”

Read Watson's letter in its entirety, and don't forget to go out and vote on November 8.